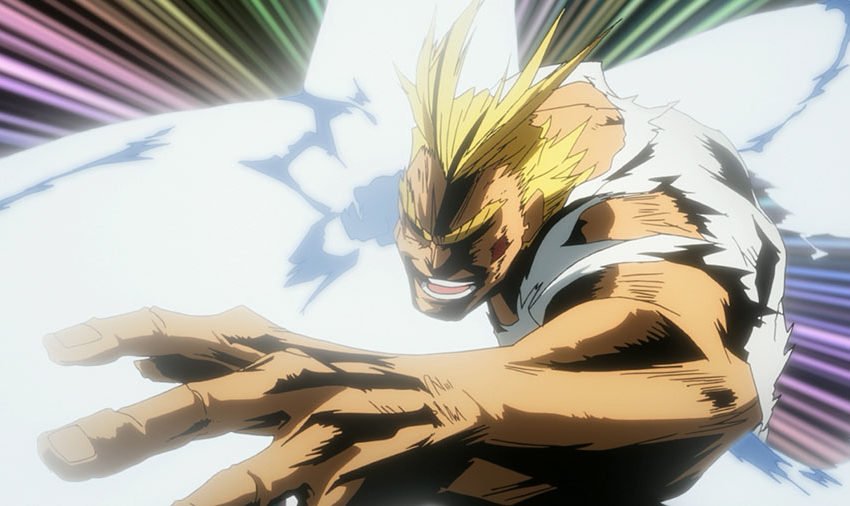 Today is a simple one. We’re going to have a look at some of the best anime punches. You know the ones. The kind that makes you stand up, shout, pop-off, loudly yell “LET’S GOOO”. Now, there are a lot of great punches throughout the whole of anime and these are just a select few. So if there are any you think I missed, let me know! 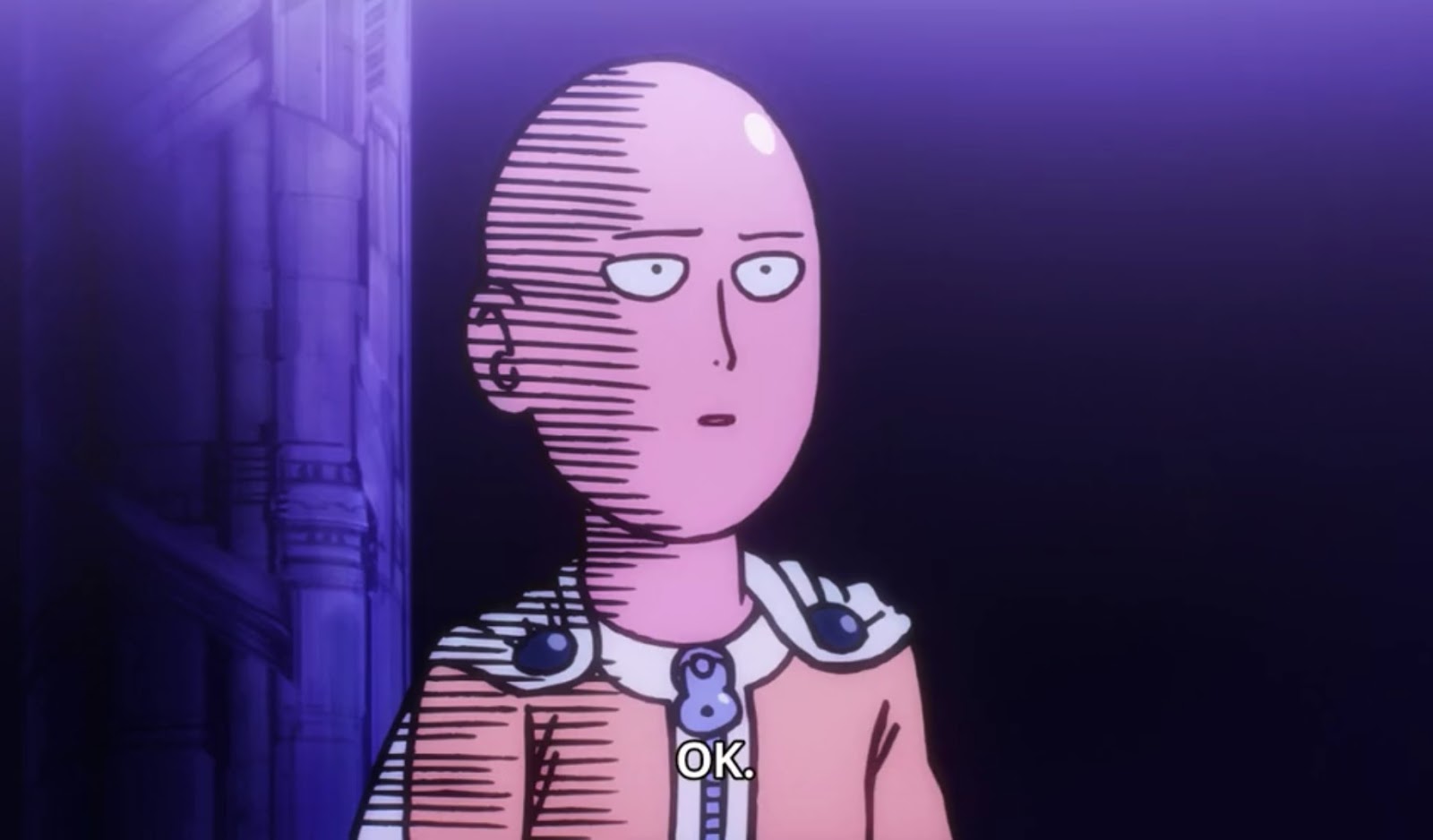 We have to include a Saitama punch in here right? He is quite literally the GUY when it comes to knocking out opponents in a single punch. The fight against Boros was a special one from One Punch Man, it has a lot of the ingredients that make a great final fight scene. The opening plays throughout the fight and we see Saitama actually get serious. Definitely a great one. 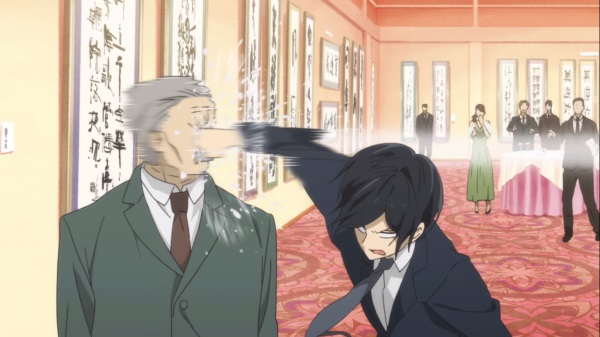 Didn’t think I would be listing a comedy series about Japanese calligraphy when it comes to great anime punches, but here we are. At the beginning of the series, Handa is a young, stubborn man who believes that his calligraphy is up there with the best. After being told his work is more conformist and mediocre, he lashes out. As much as Handa is definitely in the wrong, the punch is so satisfying. The walk up into the triple-take and then the slow mo. 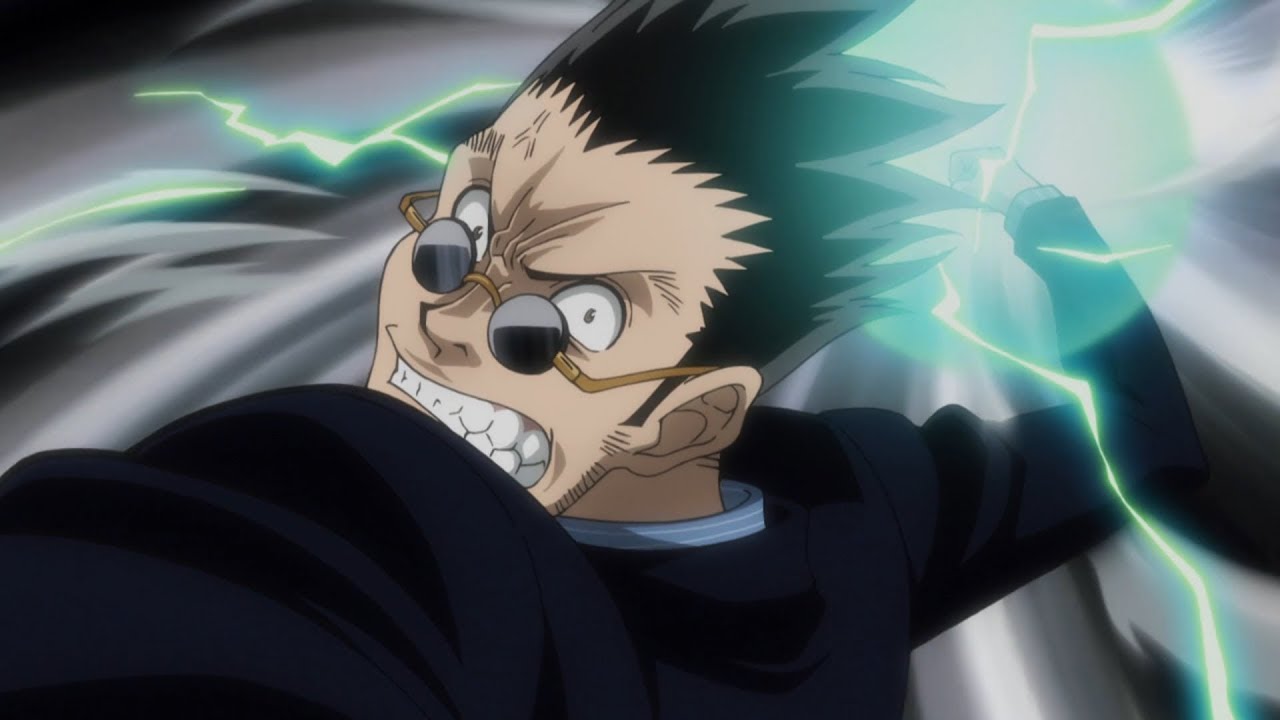 I HATE Ging. Absolutely hate him. After the events that take place during the Chimera Ant Arc, Gon finds himself in an almost unrecoverable state after allowing his emotions and nen run rampant. Gon’s friends all come to visit him while he is in hospital, Leorio being one of these friends. Ging, Gon’s father, decides not to visit him… Because he’s a piece of sh*t. Leorio uses his nen abilities to deliver one of the most delightful uppercuts in anime. This is one of the most cathartic punches in anime. I cannot begin to describe how much I popped-off seeing this. 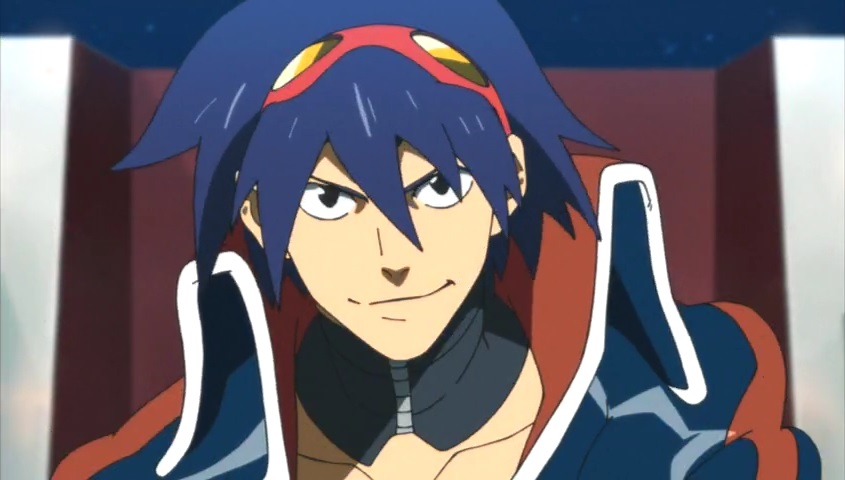 God I love Gurren Lagann. It is one of my all time favourite anime series and definitely sits in my top 3 series, so I absolutely have to include one of the great punches from here.There a couple I can think of when it comes to Gurren Lagann, but I think the punch on Rossiu in part 2 definitely ticks all the boxes: Simon has a dramatic entrance, slides along the ground as he winds up the punch, repeats the words that Kamina spoke to him, and then delivers a teeth-gritting straight right to Rossiu. This punch is great for numerous reasons, but it certainly helps that Gainax were really ahead of the curve when it came to fantastic animation. 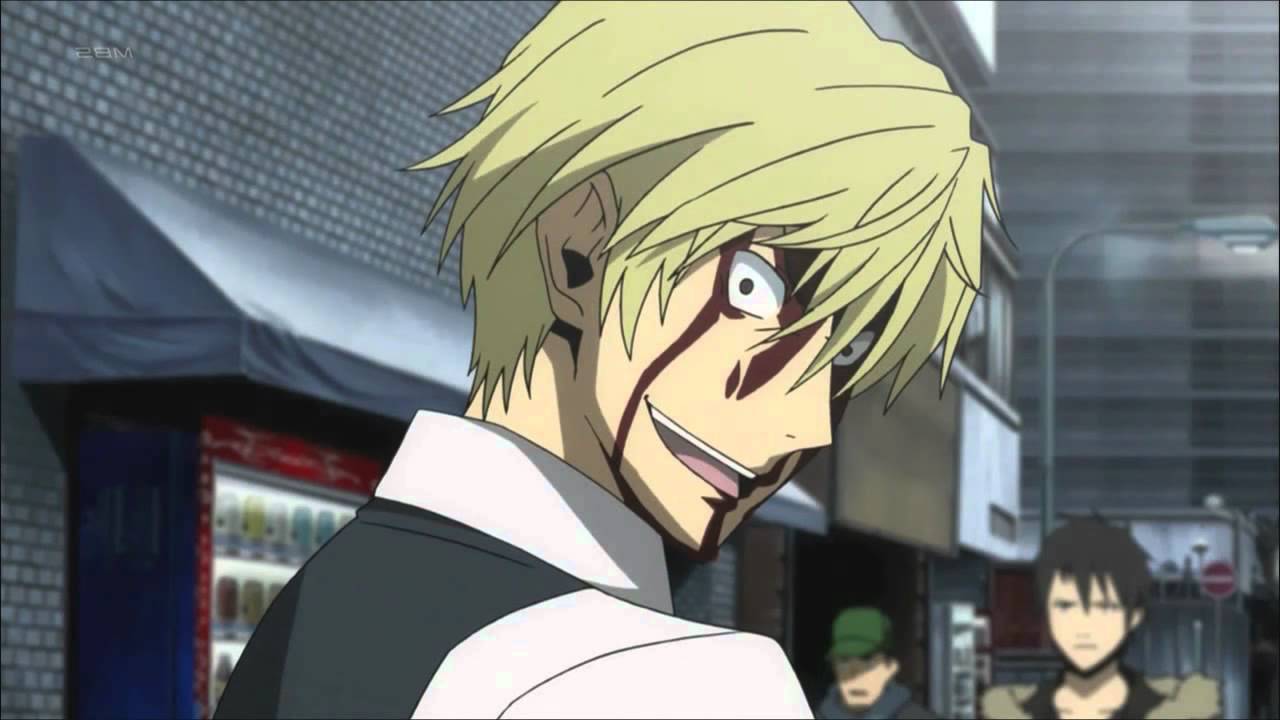 This one is a simple one. Just imagine how incredibly well you would have to punch someone to not only make them go flying, but to punch them in a way that their clothes come off while they’re in the air… What’s amazing about this scene is the fact that this punch was on some random gangster and yet it will stick with you forever. It’s that damn memorable. 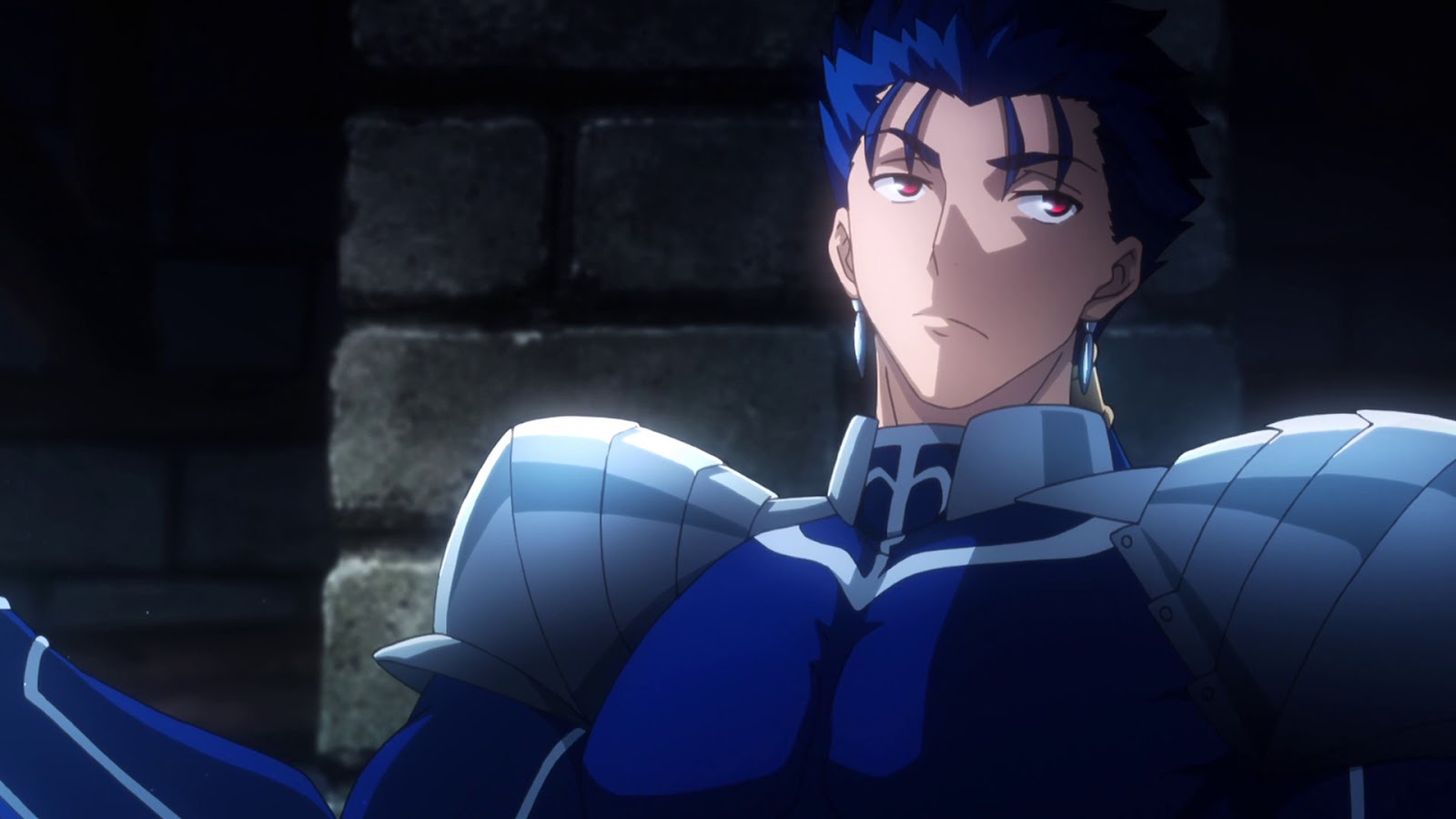 Any who has watched any of the Fate series knows just how much of a scumbag Shinji Matou is. After Sakura Tohsaka was adopted into the Matou family, Shinji became a truly detestable character who would push himself on his adopted sister and treat her as nothing more than an object. Approaching his tipping point and becoming fed up with Shinji, Lancer delivers an incredibly satisfying backfist that makes a terrific sound. Truly the pinnacle of Unlimited Budget Works. 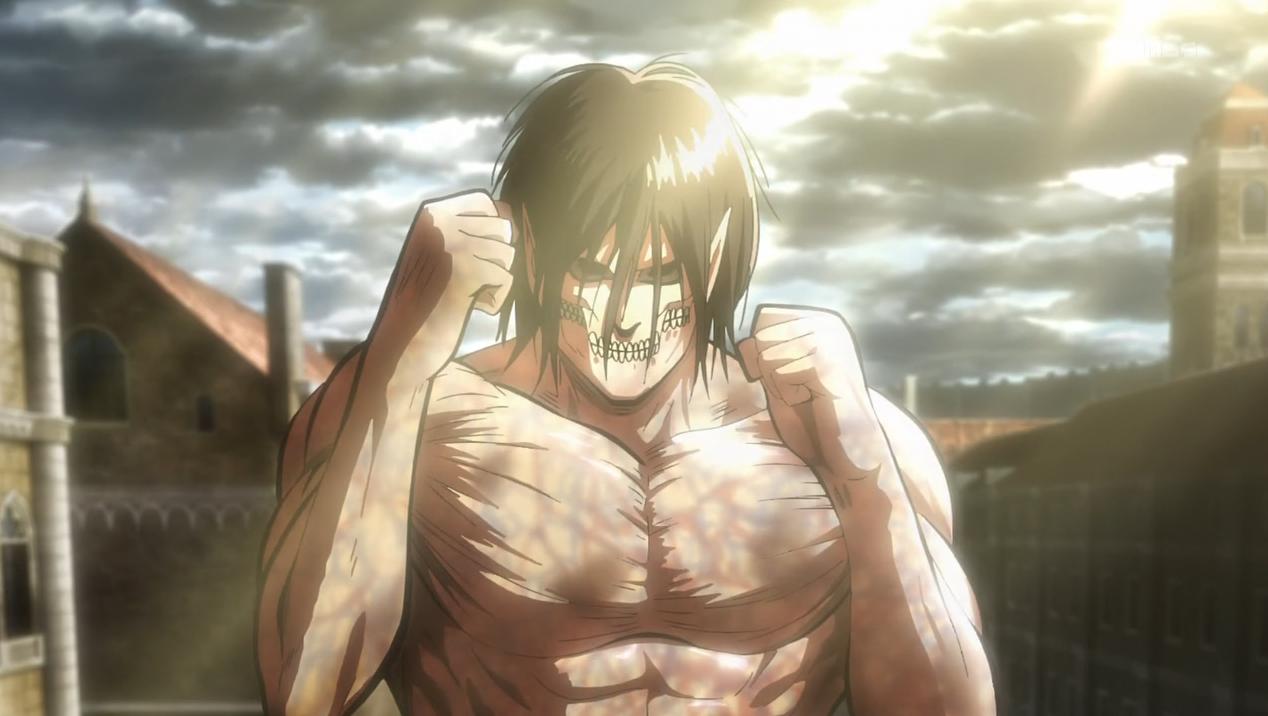 This is another instance where it’s not just the punch itself that makes this scene so damn good. We have just witnessed our protagonist turn into what he is fighting. A titan. So not only are you deeply engrossed in what you’ve just seen, you’re also witnessing the other characters who are seeing a titan fighting its own kind, which is then all topped off by that insane punch. It’s a fast and super impactful left punch to the side of the head that, quite literally, blasts the other titans head off. 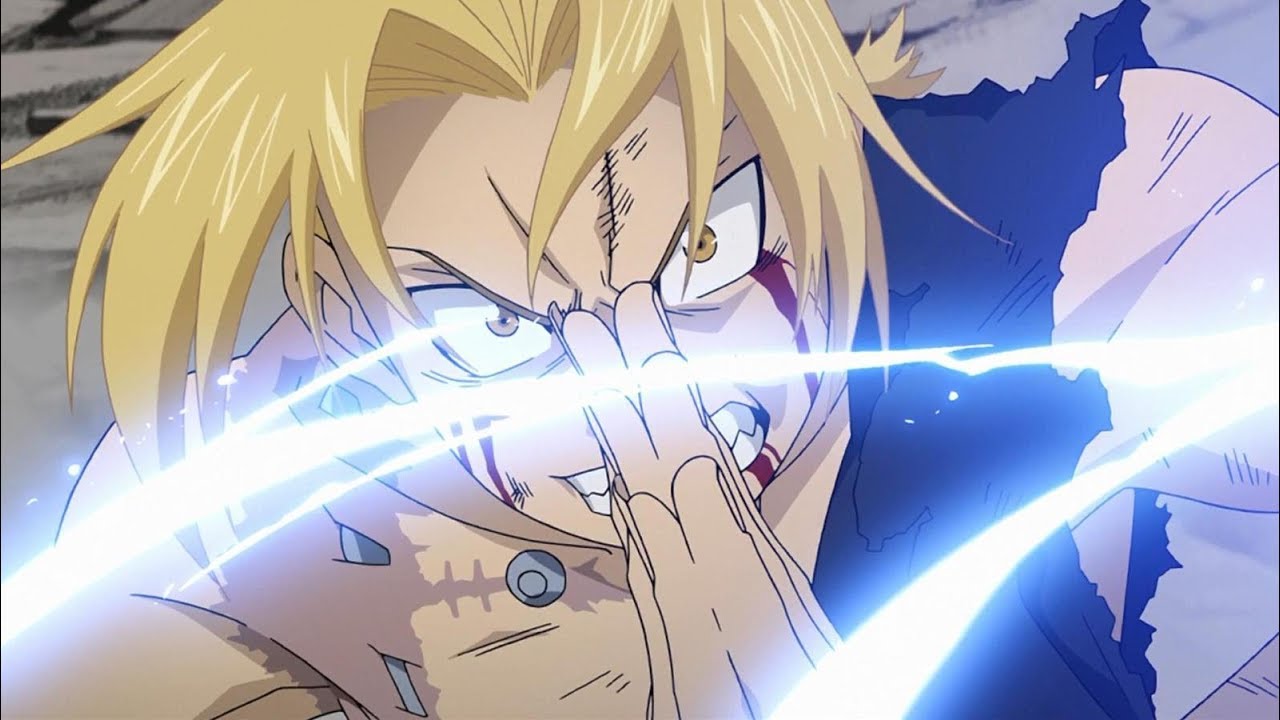 From the moment you learn about Father and all of his schemes, all you want is for Ed to beat the crap out of him and this punch was definitely worth the wait. The pulling the pole out of his arm, into the flurry of alchemy attacks, followed by the encouraging shouts from his allies all culminating in a hugely satisfying direct hit to the face. To top it all off, Ed trash-talks Father asking for more.

All Might – United States of Smash | My Hero Academia 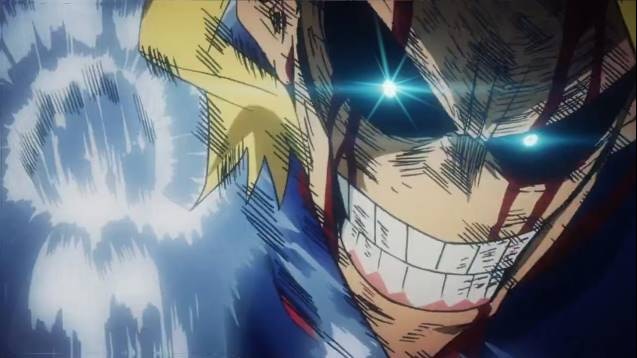 This fight is without a doubt in my mind the greatest that My Hero Academia has given us so far. There have been some great fights for sure: Deku vs Bakugo, Deku vs Muscular, Deku vs Overhaul, Mirio vs Overhaul(even if they didn’t do it justice). However, All Might vs One For All was something different from all of these. It was the farewell fight from the greatest hero the world of Hero Academia had known, that had so many knock-on effects it’s actually crazy. This fight literally shakes up the world and the developments of everyone in it.

All Might is weak and trying his best to hold on to what little power he has left, all while trying to protect any civilians that may have been caught up in this fight. All Might has always been the mentor to Deku, but the punch that seals the deal in this battle is something Deku taught All Might. Deku is reckless and puts himself on the line time and time again. In the beginning of the series, Deku’s heroic spirit is what allows All Might to remember exactly what it means to be a real hero. To put oneself on the line, no matter the repercussions to yourself. This punch is special and this fight is special.

Luffy quite literally punches this man back into the manga. This is probably my favourite punch in anime and definitely got one of the biggest responses out of me. The celestial dragons are an elite group within One Piece who have the utmost privilege amongst the entire human race. They can do whatever they want, whenever they want, to whoever they want and they. They buy slaves of numerous races, make demands from whoever they want, and even kill those who slightly annoy them. After attempting to purchase an enslaved Camie and injuring Hachi, Luffy had seen enough. To punch one of the Celestial Dragons is like declaring war on the highest places within the World Government. Meaning Luffy declared war on the world twice… He really is such a GOAT status protagonist.

If you want some more culture, check out my latest Waifu Review.