I’ve been diving into J-dramas for well over a decade now, and during my travels I’ve discovered and enjoyed some of the best Japanese movies. With that in mind, I felt that it was probably time I covered a few of these sacred gems that typically go overlooked here in the west.

Our picks for the best Japanese movies are, of course, entirely based on my own opinion and preferences, so do not be surprised if obvious choices have not been mentioned — they could very well appear in a different article! — but do feel free to share your own favourites down in the comments or via the usual social channels.

Without further ado, I implore you to try three of what I consider to be the best Japanese movies. Let’s take a look at why they’re so brilliant.

I fell immediately in love with Fish Story when I first saw it in 2011. The movie originally released in 2009, and is an adaptation of Kotaro Isaka’s novel of the same name; it covers a plethora of genres over the course of its 119-minute runtime. Each second is as entertaining as the next, and the ride is most certainly wild, making for one of the best Japanese movies there is. It’s what you would expect for a movie that jumps from different years, characters, and seemingly irrelevant events that all manage to come together with a captivating finale that answers everything.

The movie follows four timelines. In 2012, three men choose to listen to a poorly received album called Fish Story by an obscure rock band known as Gekirin; at the same time, the world is coming to an end as a meteorite approaches the Earth. Elsewhere, we see a man saving a girl from kidnappers in 2007, and another man is working on translating a book in the same time period. In 1982, a group of buddies are discussing the implication of the silence in Gekirin’s song Fish Story, while in 1975, the struggling Gekirin are about to debut their new song.

Since I was so struck by the brilliance of Fish Story, I consider it the main reason why I got into video games that share its narrative structure – think 428: Shibuya Scramble and even 13 Sentinels: Aegis Rim. The obvious joy in narratives such as this comes from how mysterious the whole thing is for the majority of the runtime. Events might seem unimportant until each character’s story begins to explore and explain questions posed in other timelines.

But despite the ongoing mystery, the true joy of it is fully realised in its grand finale with a flashy, daring and creative conclusion that is clearly indicative of the overall plot being extremely well thought out. While the movie leaves plenty of hints along the way in retrospect, the end result could not be any more unpredictable on an initial viewing.

Best yet is, of course, the movie’s main themes. Fish Story is heavily grounded in exploring human life — both the good and bad aspects. It strikes an impressive balance of solid comedy and relatable character-centric stories, with plenty of messages to explore and enjoy — messages such as how we would go about leaving our own mark on existence during the literal end of the world; the fear of being unable to achieve one’s life goal; and what we should really value in our short time on the planet.

Despite the heaviness of some of the themes, there is a constant hopeful feeling to the overall story, highlighting how much of a positive impact we can have on one another — and this ultimately leads to the underdogs of the tale being the world’s saviours in a joint effort of unity. After all the drama and high tension, it is an entirely endearing and feel-good ending.

Alongside this we have a selection of character arcs that, while understandably short considering just how many characters and time jumps we see across the movie’s runtime, are still satisfying — and these characters’ already compelling hardships make them worth rooting for. And all this is helped along thanks to a strong script and brilliant acting across the board.

To sum up, Fish Story just has it all – drama, romance, mystery, action, and science fiction. And don’t forget about how it still manages to go deep into matters of the human condition despite its bonkers setup and execution. It is masterfully done, and is one of the best Japanese movies ever for me. When I and many others say it is a 10/10, we’re not kidding. This is a movie that deserves to be remembered until the end of days.

Watch it now on Amazon Prime (please, and thank you!).

Cyborg She is, to me, one of the best Japanese movies for its nostalgia factor alone. Released in 2008 as a sci-fi/action romance, we follow the geeky college student Jiro, who leads a mundane and insignificant life as he spends his 20th birthday alone. But this all changes after a chance encounter with a beautifully animated and impressionable young woman as they spend his special day together in celebration — until she disappears the following day.

Come his 21st birthday, she reappears with the same grace and beauty as that fated day, although this time around she jumps into danger to protect Jiro from assassins with some unexpectedly badass moves. With the pair reunited, it’s time for some good old relationship development before the movie’s sudden genre turn — and an emotional send-off with a shocking twist the director is well-known for.

I may have already briefly covered on the many pros of the title in this last sentence, but the absolute joy of watching Cyborg She is that it feels like a “live action anime”. This is ultimately backed up by the fact that the IP was adapted into a manga, but unfortunately for us, it stayed in Japan. But believe me when I say this really is one of the best Japanese movies out there: it’s well worth multiple rewatches simply to enjoy all its aspects as a romance, as a sci-fi, and as a comedy.

While my adoration for The Girl Who Leapt Through Time — a more well-known and well-regarded time travel romance tale — is well-documented, Cyborg She is a movie I hold in similarly high regard, and feel like it has gone grossly overlooked in comparison. It is thrilling in its paradoxes, features appealing characters, and is endearing in its romantic build-up. Jiro’s immediate infatuation with the woman turns into a desire to teach her how to find her heart and emotions. How? By learning more about Earth, how humans function, and, of course, in growing closer to and caring for Jiro.

Speaking of characters, Cyborg She features some incredibly enthralling acting by the talented Haruka Ayase, playing two vastly different kind of characters; she actually went through training for the martial arts scenes she carries out as the titular cyborg.

Keisuke Koide is just as commendable in the role of Jiro; he manages to somehow strike an impressive balance of likeability and vulnerability, with the latter being subtle enough to not come off as tiresome. It makes for a highly sympathetic lead we love to see develop, with the two of them presenting compelling and believable on-screen chemistry.

Cyborg She has no right being as emotional and heartfelt as it ends up being given its goofy premise, and its slices of action and comedy help retain an engaging pace. You’ll be laughing one scene, crying the next.

With splendid cinematography and special effects that have managed to age well enough even in 2021, its memorable OST and credit song are also reasons enough to come back to it again and again. You have to appreciate how perfect it is when a tie-in song’s lyrics perfectly reflects the emotion of its film.

In a nutshell, if you enjoyed any anime of the same kind as Cyborg She’s premise, such as Chobits, Plastic Memories and HAL, you need to watch this — truly one of the best Japanese movies of all time.

Buy it on DVD now.

We finish this look at the best Japanese movies of all time with one of my favourite directors’ greatest works: 2005’s Turtles Are Surprisingly Fast Swimmers.

This movie surprised me in every way possible when I first saw it. Director Satoshi Miki works his comedic and imaginative magic with a kooky premise, striking gold with its eccentric humour and relatability, despite the entire package being a real oddball to see unfold.

The movie’s main themes centre around the ideas of normality and loneliness, with its main character, Suzune, being quite simply, unremarkable and ordinary. She’s a typical housewife, and her husband — who is seemingly always away on business trips — only seems to care about calling her up to check on his pet turtle day in, day out. Her life is on autopilot, doing the same chores that are expected of her without any sense of connection to others, nor any excitement in her life — it all feels completely stagnant.

All is about to change as she takes a tumble on the 100-stepped stairway, and notices, while suffering a onslaught of falling apples, a tiny advertisement on the bottom of one of the stair poles asking for spies. Suzune’s life begins to fill with newfound possibilities and exciting new faces as she calls up the supposed company. Her world is about to become much more colourful and filled with eccentric characters — and we’re about to enjoy one of the best Japanese movies ever.

The pleasure of watching Turtles Are Surprisingly Fast Swimmers is not exclusively from its bizarre story, but how it progresses through off-the-wall encounters and witty dialogue between its weird cast — and all this is only made better by the thoroughly entertaining and committed acting from everyone involved.

Satoshi Miki cites his humour as being inspired by Monty Python, and this makes Turtles Are Surprisingly Fast Swimmers much more approachable for Western viewers than some of the other best Japanese movies. And while it can still be surreal — and sometimes even too subtle and deadpan at times — the movie’s entertainment value comes from all of its wackiness being impressively grounded in relatability, and the fact it is unashamedly original.

Visually, the movie is consistently striking. The whole look of it is entirely at odds with Suzune’s inner turmoil, since her life, apartment and fashion sense are consistently outlandish, and it’s a constant treat for the audience’s eyes at every turn to see its endearingly quirky, urban setting.

The cherry on top of all this is Suzune’s character development, because as soon as she becomes a spy, her perspective of how she views life and the normality of it all is flipped upside down as she learns to appreciate that being ordinary is a gift in itself.

It’s quite possibly the most relatable and feel-good movie I have ever seen, and one of the best Japanese movies out there — and for that it deserves all my support and never-ending adoration.

Buy it on DVD now. 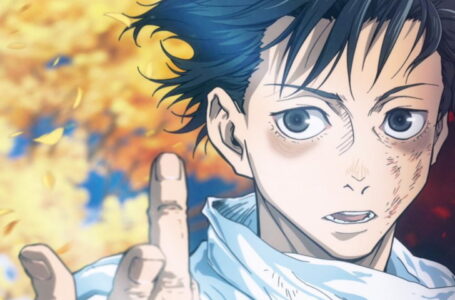 Was Jujutsu Kaisen 0 worth the wait?