You made it through another month of 2020, which itself is a pretty big accomplishment. And while September might not have been the most comforting month this year, we still had some great JRock songs to get us through. I’ve dug up some of the best songs released last month as well as some older ones that just put a smile on my face, to help you get through the months leading up to this, the spookiest of seasons.

As always, these songs and many others will be on the Rice Digital JRock Playlist, updated every month to bring you some fresh tunes!

This song is one that I found several years ago that I dig up every now and then because it just puts a smile on my face. Idols tend to be incredibly talented, so there are a lot of reasons to check this one out. What gets me coming back, though, is the amount of care that goes into the music video.

Every member of the group is dressed up as a character from Dragon Ball, from Gohan and Goku to Trunks and Frieza, the costumes are surprisingly good. Far better than Dragon Ball Evolution (though I know that bar is laughably low). And there are small touches that reference the iconic anime, from the dancing to well known scenes to just the way that Frieza stands. These little touches are what remind you that someone on the production of this music video really loves Dragon Ball and wanted to do it proud. And they did.

Pegasus Seiya by The Struts

The Struts are not a Japanese band, which would normally disqualify them from inclusion on this list, but I have a deep, longstanding affection for the theme song to Saint Seiya. I’ve yet to hear a cover of it that isn’t fantastic, and this one is no different. It popped up on YouTube just over a year ago and has been a feature on all my playlists ever since. It captures the epic tone of the original while also having something distinctly English rock to make it distinct and different.

The Struts might not be a JRock band but they pull it off with this song.

Acacia by Bump of Chicken

This song hit the world hard after it was featured during the Pokemon presentation by Nintendo last week. After they announced the release date for their upcoming DLC, they debuted this video as a special treat for fans. Coming from Bump of Chicken, who have been pumping out amazing music on the Japanese Alt Rock scene for over twenty years, Acacia is a song that is dripping with nostalgia and joy. It somehow manages to capture the enthusiasm and excitement of a Pokemon adventure in three minutes of music.

This song is one of those that threatens to just earworm its way into your head and never let go, so I highly recommend just giving in and letting it do its thing. It will have to tide us all over until the new Pokemon DLC hits on October 22nd.

So what have you been listening to this month? What songs have been playing in your head to get you through the month of September and into this most sacred of spooky seasons? We’ve got a whole music channel in our Discord where you can share the tunes that are getting you through lockdown. And be sure to check out our Spotify JRock playlist, which is updated every month, for a fresh selection of music to listen to. 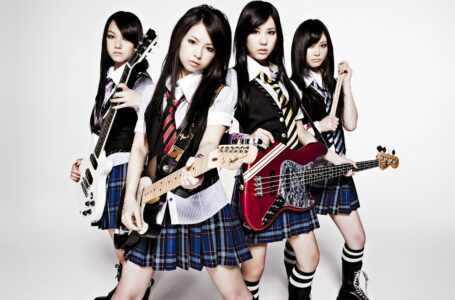