Eliza is a thought-provoking, emotional tale of AI meeting mental health in a dystopian world. We are Evelyn Ishino-Aubrey, whose past is grey as we know of only her past 3 years of being out of work, and whose present is just as uncertain in a world where her new job as a proxy for the AI program Eliza opens up witnessing the turmoil of clients seeking help through AI, the morally questionable company running it, and the legitimacy of using AI as a counselling program.

Its developer, Zachtronics, have won multiple awards with their previous puzzle games, and Eliza continues to showcase the team’s talent with more nominations and awards after releasing this title. Eliza happens to be their first ever visual novel, but you would be unable to tell. The seemingly small budget is not apparent, and its sleek production, from completely voiced lines to atmospheric and impressive soundtrack to its appealing UI is proof of how capable they are at achieving such a feat with a genre of gaming they have not tackled before.

For anyone who finds comfort or intrigue in a premise that questions a future possible in our own world, Eliza pulls off a story that makes you question your current standing. For example, if AI were to be used for counselling would it be effective, or what pitfalls would come of us relying on it, and how corrupt would holding such influence be? The questions it poses to the player makes the emotional experience of being in Evelyn’s shoes and seeing how it affects herself and her own clients expands the already impressive experience into something even greater. It goes beyond a one time play-through despite its run time of 12 hours, and stays with you for life.

Treat yourself by grabbing the game on Steam.

If you’re one for Ace Attorney, have you ever given Aviary Attorney a go? As a homage to the series, Aviary Attorney delivers in what it promises to do. It is a comedic take on the well-known and beloved detective visual novel series, but it also packs the intensity of a trial experience still in is core gameplay. Meet an impressively colourful cast of characters in juxtaposition to its crosshatch art style, who you must interview in order to serve justice! Collect all important evidence with a nice addition of urgency before time runs out, and come to the right conclusion when proving the culprit’s guilt and protect your falsely accused client.

With an engaging story that references real world history in 1800’s Paris with exceptionally detailed artwork and even motioned animation in its visual novel segments, Aviary Attorney is a sight to behold and an absolute joy to play through. It borrows from its main gameplay structure from Ace Attorney, uses caricatures of J.J. Grandville, and music by Camille Saint-Saens but makes it come together as a surreal mesh of different inspirations that marry into something so brilliant and unique. And I haven’t even mentioned the glorious amount of bird puns yet, such as frequent red herring’s during your investigations, and you play as bird-brained Jayjay Falcon.

Even if its run time is on the shorter end at only 7 hours to obtain its 3 endings, Aviary Attorney is worth a play-through for anyone partial to a good mystery and playing the role of a detective. Even if this time you’re an anthropomorphic bird.

You can pick up this gem on Steam or the Nintendo Switch.

Chance Agency brings us yet another intriguing title in the same vein as Eliza. We are Lina, the last human driver on the streets of Los Ojos whose one and only goal in this progressively programmed world is finding her missing friend. With her only leads coming from the passengers you choose to pick up, finding answers will take time and energy as those around you will first have to reveal their own stories and secrets before sharing information. Through your all important choices, your star rating can plummet if you get to your passenger’s destination and leave them feeling anything but content, but your own mental state will also come to blows if you give into pleasing only them. You also have to manage gas and income, opening up even more options such as taking shelter in hotels, and adds another layer to the visual novel formula with such management mechanics.

The narrative of Neo Cab is just one of its strong points, along with striking visuals and eccentric character designs that really home in on the cyberpunk vibe of the game. It also has an extremely well done and ‘feel good on the ears’ soundtrack too. It does feature a few heavy and dark story-lines however that is worth pointing out, but it reinforces the major theme of the piece: retaining your humanity in a world growing increasingly cold, rigid and controlled. Just like Eliza, the game makes you question the damage a cyber world would cause, from normalizing AI to entrusting all of your data to a mega corporation and accepting a no privacy way of life. Neo Cab touches on plenty of ideas, theories and philosophies that are relatable even in this day and age of our current technology achievements throughout its 9 hour run time.

Give this game a chance and pick this up on Steam. 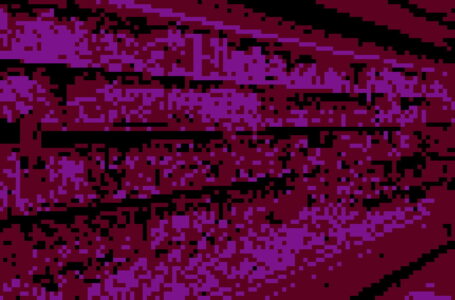 Sprung: The dating sim that has aged...

3 beautiful visual novels to treat your...