What’s a good story without a little death to spice things up? Many JRPGs use character deaths to either raise the stakes or to sprinkle a little angst into the plot. Of course, the first one that comes to mind when we say JRPG deaths is always Aerith of Final Fantasy VII fame, but who are the other standouts in the genre? Whose deaths stuck with players for years afterward and made us suspicious of over-levelling anyone, lest they be taken from us too soon?

Obviously, there are going to be some spoilers in here, so if you still haven’t heard the news after all these years, you might want to stop reading here. Everyone else, get ready to relieve the trauma of these JRPG deaths all over again.

Early in Secret of Mana, you run into a mouthy little sprite named Popoi who proves vital to your quest to save the world. They are prone to pranks and outright lies, but they also wield powerful offensive magic, so the hero decides to keep them around. Over time, the sprite grows on you, which makes the ending that much more bittersweet. See, in the world of Secret of Mana, every sprite’s life force is tied to the presence of mana in the world. Any direct attack on that energy threatens to make them fade from existence.

At the end of the game, the hero has to strike down the Mana Beast, which will save the world from destruction but doom his sprite companion. Instead of feeling conflicted, Popoi urges the hero to save the world even if it means they will never see each other again. The two share a goodbye and when the dust from the final battle is settled, Popoi is gone forever. Their last act in a lifetime spent making mischief is a heroic one.

I might have mentioned a time or two how much I love Chrono Trigger (no, really? – Ed.), so it shouldn’t be a surprise to see this moment on here. As far as JRPG deaths go, it is a gutsy move to kill off the main character in the middle of the game, but that’s exactly what happens in Chrono Trigger. When faced with the full power of Lavos for the first time, Crono and company are quickly overwhelmed. In an effort to save his friends, Crono takes the full force of the parasite’s blast, shielding them and allowing Scala to transport the others to safety.

What makes this death stand out is both its place in the game as well as the story that unfolds afterward. Unsatisfied with the fate dealt to their friend and leader, the party follows Marle’s lead and tracks down a way to bring Crono back. It takes a magical time egg, a deal with a pair of disembodied hands, and a trek up Death Peak, but it proves that even death can’t stop the party and feels like a suitably epic set up to the final confrontation with Lavos.

Some fates are worse than death. Like trying to explain the plot of Kingdom Hearts to someone or having your body taken over by your worst enemy. When Terra fails to hold off the evil Xehanort at the climax of Kingdom Hearts: Birth by Sleep, his strength of will allows him to continue existing while tied to his armour. However, he is trapped in this state for a generation, waiting for Aqua to fulfil her promise to save him, something that doesn’t happen until Kingdom Hearts III.

Being trapped in this limbo state for so long surely counts as one of the most hellish JRPG deaths, with Terra’s body acting as the new vessel for Xehanort’s evil plans, watching helplessly as his body throws the fabric of reality into chaos and threatens the friends Terra held so dear. It is what makes his return in the latest game in the series so emotional — because the player knows what he has had to endure all these years.

What are your favourite JRPG deaths? Let us know down in the comments, or pen us a more substantial obituary for your favourite character for this week’s Rice Digital Friday Letters Page. Please be mindful of spoilers for more recent games! 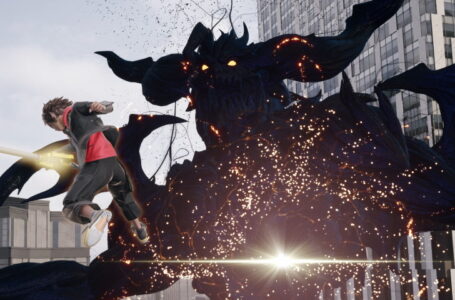