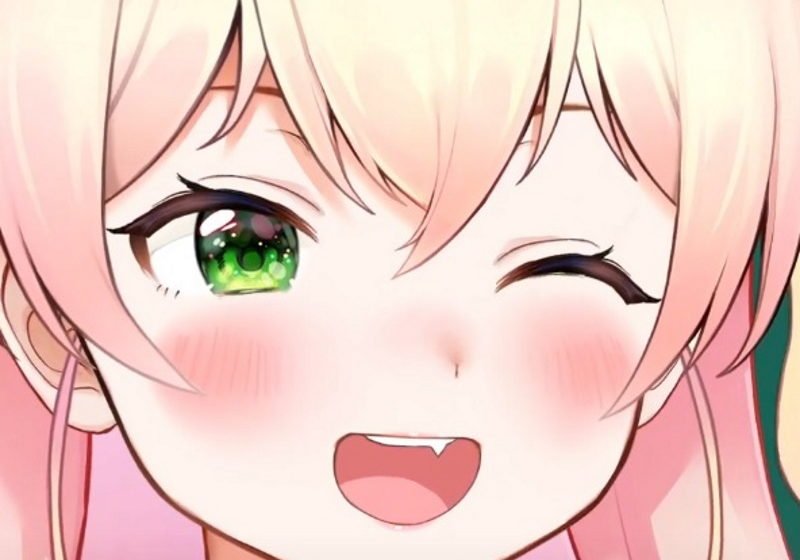 There aren’t many things I’m happier to talk about than VTubers, especially Hololive, so here we are again in my happy place, but this time talking about some criminally underrated members, to go alongside our recent article on big-name VTubers from Hololive and beyond.

Considering Hololive is my specialty — as the group is what pulled me down the rabbit hole and is the main reason why I haven’t been watching as much anime as I usually would — today I want to talk about some of the Hololive members that are maybe under the radar or, in my opinion, slightly underappreciated and deserving of some more love.

Big shout-outs to YouTube translators. You guys are the real MVPs.

If you’ve ever wondered what the true form of a harem protagonist was, then look no further — because it’s Flare. This wonderful elf has managed to win over the hearts of almost every other Hololive member that she has come in contact with — especially Shirogane Noel. These two have such a cute and wholesome relationship that it has changed viewers’ minds from thinking it was just an on-screen thing, to being two people who actually love one another.

I personally love Flare’s character design. I’m a big fan of tanned characters and even more so when it comes to elves in anime — judge me as you will. What’s really amazing about her though, is that she is one of the members whose real personality plays a large part in how her on-screen character comes across. Despite being considered a harem protagonist, she has stated numerous times that she loves to be pampered and treated like a girl, and she likes to be the one asked to come over and do an offline collaboration as opposed to being the one who asks. She treasures the people around her so much that she breaks into tears when receiving surprise gifts, as seen on one memorable occasion when she got an unexpected present from everyone’s favourite dog-girl, Inugami Korone.

Flare’s voice is incredibly distinctive. Her chatting streams are relaxing and calming, then she starts singing and you are blown away. She’s great at being the conversational “glue” between other members when they collaborate, and she is an all-around hilarious content creator.

Super Ultra Mega Nenechi MAX! Nene and her fellow 5th generation member, Omaru Polka, are 2 of my absolute favourites at the moment. I wanted to highlight Nene, however, as she feels really underappreciated considering how incredible I think she is.

Nene is the type of girl who never EVER gives up on her dreams. She auditioned for Hololive five times before she finally joined. Growing up she was told that her voice wasn’t “cute” enough to be able to sing the idol songs that she dreamed of being able to sing. Despite this, she still practiced singing everyday and now she is being praised for her parts in the fifth generation’s song “Blue Clapper”. Her school lunchtimes apparently consisted of sitting alone in the girls’ bathroom to each her lunch, and yet she is still this unbelievable, radiant ball of happiness that never fails to make me smile.

On the outside Nene is incredibly strong and positive, but there are definitely lingering feelings of self-doubt. To me, Nene is an inspirational person who gives off those “main character” vibes that make me want to keep watching. Nene deserves to succeed even further, so please go and watch her.

There may be some who are aware of Holostars, but I’m almost certain that many may not know there is a whole branch of male VTubers. Roberu in particular is a really entertaining Holostars member that excels at keeping up the conversation. Whether it’s collaborations with fellow Holostars and Hololive members, or even famous anime voice actors, Roberu knows how to keep a conversation hilarious and entertaining.

We have to give another shout-out to the translators, as it’s because of these people that the Holostars boys are managing to get seen more in the West. I’ve known about Holostars for quite a while as certain Hololive members, such as Shirakami Fubuki, have done streams where they collaborate or host with them. However thanks to their translated clips becoming much more common, we can finally see these boys and all of their personality in all their glory.

If I can’t convince you, go and check out his Christmas talk with Ono Yuuki (Josuke’s voice actor from Jojo’s Bizarre Adventure) because that’s what got me subscribed to Roberu.

Lastly we will be talking about Iofi from Hololive Indonesia. Iofi is an extremely bright and wholesome personality that often gets panicked in the most hilarious ways, is very knowledgeable in Indonesian culture, and even speaks 4 languages: Indonesian, English, German and Japanese, plus she is learning to speak Korean.

The more I learnt about Iofi, the more endearing she became and the more I wanted to support her. Learning that she was home-schooled and that her only close friend was her sister made watching her collaboration streams so much more fun. You get to watch her developing relationships and making more and more friends throughout her time in Hololive. Her collaborations with Tokino Sora were particularly enjoyable, as she really just treats her as another friend as opposed to the “Legendary Sora-senpai” who created what Hololive is today. It’s very wholesome.

There you have it. Just a handful of Hololive and Holostars members that I think need a bit more attention. It’s amazing to see the VTuber and VTuber enthusiast community growing the way it is, so lets make sure we’re lifting all of these amazing content creators so they can rise and succeed together.

5 great independent VTubers who are worth...

6 months of Hololive English: happiness is...