Age of Calamity is the kind of game that takes a moment to learn but a fair amount of time to master. With so many different combos to get your head around and so many different characters (No spoilers here! Don’t worry!), it can be a little overwhelming when you first pick it up. Like I said in my review, there is a lot to enjoy in this game, but for those of you struggling to stop Calamity Ganon and save Hyrule, I’ve got my top tips to get you started and give yourself a chance to be a real Champion.

One of the good things about this game is the fact that it lets you replay missions as many times as you like, each time earning experience and rewards for slaughtering wave after wave of enemies. Some of the early missions are difficult when you first play them but as your characters level up and get more impressive combos and more hearts, they become a cakewalk. Just because they don’t provide a challenge doesn’t mean they’re not worth playing, though!

Each character has unique combos and move-sets, so having the opportunity to use them in an area where death isn’t imminent is always helpful. You can take any character to these early areas for the most part, so use them as an opportunity to play around with new characters as you unlock them. It will save you a lot of frustration if you learn their combos while facing lower level enemies rather than some of the tougher fights later on.

Use your Runes Wisely

Just like in Breath of the Wild, you are given access to the standard four runes early in the game. These are the remote bomb, stasis, magnesis, and cryonis. Seeing how different people use the Sheikha Slate is one of the joys of Age of Calamity. Each character uses them in different ways and has different strengths and weaknesses, but they get used similarly when it comes to boss fights. Bosses will occasionally flash with a rune symbol above their head, indicating that they are about to unleash a powerful attack that can be interrupted by a specific rune.

While a Lynel is charging for a fire-breath attack, it is vulnerable to getting a bomb thrown down its throat. When a Moblin charges at you, it is time to summon a column of ice for it to run into. These attacks are pretty well telegraphed and don’t require too much practice to get the hang of, but you might get tripped up by the Sheikah Slate cooldown. When you use any rune, there is a cooldown period which might prevent you from using the right rune at the right time. Learning when to use these powerful attacks and when to hold back is key.

Do the Overworld Missions

Throughout the game, you’ll collect a variety of objects, from fish and fruit to parts of monsters you’ve killed. These can be used to fulfil requests from the citizens of Hyrule on the map between missions and battles. You’ll want to do these as often as you can and spend a little bit of time grinding for certain drops if necessary because the difficulty of Age of Calamity is built around you completing a fair number of these missions.

The rewards for these missions are sometimes the opening of new shops to purchase items you’ll need to fulfil other rewards, saving you a bit of grinding in the long run, or unlocking classic outfits for Link, but they also provide boons to different characters. Between giving them additional hearts or extending their combos, these are one of the best and quickest ways to give yourself a powerful boost. If you feel a character is lagging behind, see if there are any of these side missions you can complete to get them up to speed.

Go to the Military Training Camp

Speaking of the Overworld map, there is a little spot to the north-east of Hyrule Castle you’ll want to unlock early and visit on the regular. The Military Training Camp allows you to pay hard earned rupees to level characters up automatically. This will save you from having to go back and grind with a character that doesn’t really gel with you in order to advance the plot later on. Stick to the characters you enjoy playing without worrying about someone lagging behind.

Age of Calamity is a lot of fun and you’ll get a lot of hours out of it even without trying to complete every objective on the map. Hopefully these little tips make the difference in the battle against Calamity Ganon. 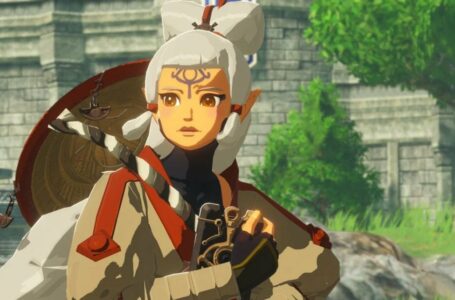