I’m positively glowing with excitement for the upcoming Metal Gear Solid V: The Phantom Pain. In recent months, I’ve been replaying the previous entries in the franchise, meticulously picking apart fan theories and re-watching every trailer countless times. Yet despite this, I acknowledge that some other people aren’t quite as excited as me – and I can’t understand why.

People who are already fans of the series don’t need any convincing. There are many like me who have stealthily slithered through every entry of the franchise’s convoluted history. But for those who have never had the time, drive or inclination to play a Metal Gear title, I am here to present a solid case to get caught up with the series, just in time for The Phantom Pain’s release on September 1st.

‘Insane’ is definitely a key word. I could give an oral lecture on the nuances of Metal Gear Solid’s narrative, but I’d be a crazy man if I claimed to truly understand it. Across all of the series’ main titles, (MGS, 2, 3, 4, Peace Walker, V: Ground Zeroes and the upcoming V: The Phantom Pain) the story spans across 7 decades, at least 3 main characters, a dizzyingly large supporting cast and 12 bipedal nuclear tanks.

Amongst all this mayhem, each title spins a unique tale with a specific theme. Issues of genetics, war, identity and power are all laid out within the world of Metal Gear Solid in a manner that is almost literary in its execution. To explain this fully would involve spoiling some of the series’ finest moments, which is inherently not the purpose of this article. Metal Gear Solid’s story must be seen – and played – to be believed.

2. Immersive and intense gameplay (that leans on the 4th wall)

Being a video game series, the narrative of Metal Gear Solid would of course mean very little without accompanying gameplay. Thankfully, Metal Gear Solid is a franchise that is more than aware of its status a video game, something that it will often remind the player of, too.

Firstly, The ‘tactical espionage action’ tagline is an accurate descriptor of the series’ gameplay. You’ll be crawling through ventilation systems, shooting tranquillizer bullets at unsuspecting guards and tactically hiding in cardboard boxes. If you enjoy being rewarded for skilful manoeuvres and the correct application of deceptive tools, Metal Gear Solid is definitely the franchise for you. The games are consistently polished, engaging and filled with hidden content.

Secondly, the game involves you within the story in a way that is rare for video games. This is achieved through dabbling in the art of the meta-fictional and directly addressing the player, also known as ‘breaking the fourth wall’. The series does this often, a good example being a boss fight with the enigmatic ‘Psycho Mantis’ in MGS1. Not only does he read your PlayStation’s memory card and comment on your game choices, but beating him involves plugging your controller into the second port on the console! This sort of player interaction was revolutionary at the time and remains impressive to this day. Of course, the fight with psycho mantis isn’t the only impressive encounter with a villain the series has to offer.

Every single ‘boss fight’ in the Metal Gear Solid series is worthy of praise. From the high octane action of MGS1’s boss fight with Revolver Ocelot, to the legendary duel with The End in MGS3, each villainous tangle makes you think about how you play the game and adjust your actions and reactions accordingly.

Metal Gear Solid 3 in particular has amazing boss fights punctuating the game in the form of The Cobra Unit – A series of battles against the best of the best in bizarre nano machine technology, each named appropriately. The Pain is a curious gentleman who controls hornets and uses them as projectiles, The Fear can become invisible and climb trees, The Fury engages you in an intense fire-based duel in the dark, The End is an improbably old sniper who camouflages himself excellently and the fight with The Sorrow is simply too good to spoil in any detail.

Although the heart and soul of Metal Gear Solid depends on the fan that you ask, there is no denying that the series has some of the most fascinating characters in video game history. In my opinion, it’s the core cast of characters that help to convey the plot that ultimately keep you wanting to play more.

Metal Gear Solid 3: Snake Eater is without a doubt my favourite video game of all time. It’s got intense stealth, a ridiculous plot set in the Cold War and some of the most emotional cutscenes I’ve seen in a video game. Yet, despite this, I feel as though the entire thing wouldn’t be as enjoyable if I didn’t care for the plight of Naked Snake, Eva, Ocelot and The Boss. The stealth wouldn’t be as intense if I didn’t care about the person at risk and the cutscenes wouldn’t be emotional if I didn’t care about the struggle of the characters within them. In this way, I think it’s fair to say that the characters of the Metal Gear Solid series are the glue that holds all the other exciting elements together and form a great reason to experience the series in and of themselves.

5. Each title adds something new

I realise that in reasons 3 and 4 I’ve mostly talked about Metal Gear Solid 3: Snake Eater when giving specific examples. I should point out that despite my internal bias towards MGS3, all of the titles are worth playing as all of them bring something new to the series. Whilst Metal Gear Solid was a ground breaker for 3D action games and the stealth genre, every title that followed offered something extra.

Metal Gear Solid 2 put forth a game that subverted player expectations and made deliberate changes to the player character, setting and narrative in order to confuse and annoy fans. Whilst disappointing to some, many admire MGS2’s bold story decisions and powerful ending sequence.

Metal Gear Solid 3 introduced various survival aspects, such as managing Snake’s health and hunger, forcing you to hunt animals in order to keep your stamina up. As well as this, MGS3 surprised many by focusing on a different character, revealing itself to be an emotional prequel story.

Metal Gear Solid 4 pleased fans at its release by resolving a number of loose plot threads from all previous titles, as well as greatly expanding gameplay through loads of extra gadgets, weapons and the new ‘OctoCamo’ that allowed Snake to blend into any environment.

Let’s not forget Peace Walker, initially a PSP title, that arguably changed MGS in one of the most interesting ways: attaching a micro-management army expansion aspect to the game, allowing you to recruit enemy soldiers into your private army.

MGSV looks to include some of the best features of previous titles, including the prequel story that began with MGS3 and a greatly expanded version of the base management features of Peace Walker. As well as containing familiar stealth gameplay, MGSV looks set to bring the series into the ‘open world’ by allowing you plan your operations as you see fit, utilising a variety of tools to complete your objective in a military sandbox.

So there you have it: 5 compelling reasons to experience metal gear before the release of MGSV on the first of September. What are you waiting for? There’s nuclear war to stop and cardboard boxes to hide in. 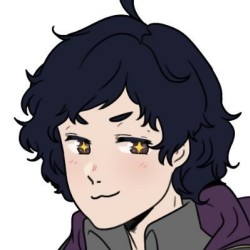 10 reasons to get excited for Super...