As fetishes go, a love of tights is a fairly common one, in both the 2D and 3D spaces. And it’s fairly easy to understand, too; there’s an air of mystery that comes with wondering what lies beneath, they place an emphasis on a part of the body that people already find attractive, and there’s a multisensory aspect, too — even if you’re just looking at a picture, you can almost certainly imagine what they might feel like.

With that in mind, there are a lot of popular artists today who specialise in the fine art of drawing beautiful girls in tights. The best known of these is almost certainly Yom, the artist behind, among other things, the wonderfully sensual and beautifully presented Miru Tights anime from a while back, but there are numerous others out there; personal favourites besides Yom include Grande and Pupi, and I’m sure our lovely audience have more to share, too.

Prefer muscle girls? We got you covered.

But I digress! We’re here to celebrate some of the best video game characters who wear tights. Why? No reason really, it’s just a bit of fun — plus it’s an opportunity to talk about why these characters endure for reasons well beyond their choice of legwear, along with whether or not there’s any specific meaning behind a character designer choosing to cover up their creation’s legs with some shiny nylon. Let’s get into it!

One of the most iconic tights-wearing characters in all of gaming, Yukiko Amagi also serves as the perfect case study of what the “tights with a skirt” tends to represent.

Yukiko is a very proper sort of girl; she has a good upbringing but is a little innocent in certain aspects of teenage life, leading to occasional lapses of common sense and clumsiness. She is intelligent, polite and refined, which makes her feel unable to speak up about her hesitance to take over the family business. She’s fiercely loyal to her friends — even those she has just made — but is deeply uncomfortable any time someone mentions her obvious attractiveness, especially if that person is a stranger.

A character wearing tights with a skirt — particularly a school uniform skirt, as we see with Yukiko — typically tends to embody all of the traits described above. It’s commonly seen combined with the “yamato nadeshiko” or “classic Japanese beauty” trope, of which Yukiko is most certainly an example; this type of character embodies both a sense of traditional Japanese feminine grace and refinement while at the same time having an iron resolve when it comes to accomplishing her goals or protecting the people she cares about.

Kaoruko presents a different perspective on tights with a school uniform skirt. Rather than embodying the yamato nadeshiko archetype, she is instead more of an ojou-sama — a spoiled rich princess — than anything. Or at least one might make that assumption about her initially, with the tights being part of the visual image that creates that assumption.

Actually, over the course of Gal*Gun and its remake Gal*Gun Returns, Kaoruko shows herself to be something a little different. While she’s set up to be the “unapproachable princess” type thanks to her initial appearance being with some intimidating-looking bodyguards in tow, as the story unfolds it becomes clear that she actually holds protagonist Tenzou in some regard — and we never see her flaunting her authority, laughing at others’ misfortune with that distinctive ojou-sama “ohohohoho” laugh or in any way being an undesirable sort of character. In fact, she comes across as rather likeable by the end of the game.

Kaoruko, then, is an effective example of the use of tights as a visual trope to cause the player to make assumptions about her; she then effectively subverts those assumptions as you get to know her a bit better, leaving her as a memorable that it’s fun to explore.

One of the more recent entries to this list, Mona from Genshin Impact has proven to be a popular character primarily for her design, which incorporates the visually exciting “tights with a leotard” look. Yet, as always, there’s a reason for her being designed the way she is.

Mona is an astrologer who has a great deal of pride in her own abilities, who tends to push people away with her rather blunt arrogance. One suspects this might be deliberate, since she often seems to be more interested in conducting research than actually telling the fortunes of other people. Indeed, she spends what little income she gains from her fortune-telling column in The Steambird on her own research materials, often leaving her with little left over to take care of her basic needs.

The use of tights in Mona’s design can be interpreted in a couple of ways. Firstly, in a similar manner to how both Yukiko and Kaoruko have a sense of pride about them, so too does Mona, and tights are often seen as a shorthand for this personality trait. Secondly, while a leotard is a rather revealing garment by itself, the use of tights beneath it makes it somewhat more modest — though at the same time there are plenty of people who are into that specific look. And let’s not forget that Genshin Impact is, at heart, a gacha game — so making characters visually appealing on a primal level is a core part of its design!

Ikaruga is another fine example of the “tights with a uniform” look — though interestingly, when clad in her normal Hanzou Academy uniform, she is typically shown wearing regular socks like the rest of her classmates, and her tights only appear when she performs her Shinobi Transformation.

It’s not a surprise to see Ikaruga in tights, though, since she is very much the “class president” type, as well as a textbook example of yamato nadeshiko, even more so than Yukiko. She’s a classical beauty who is polite, refined and gentle under most circumstances, but you’d better believe that she isn’t going to take any crap from anyone. And I would recommend against giving her any crap, because the enormous ancestral sword Hien that she wields looks like it would probably hurt a great deal if you even got near it, let alone hit by it.

Among a cast that is comfortable and confident in their own bodies to varying degrees, Ikaruga always comes across as someone who knows inside herself that she is a beautiful young woman, but doesn’t wish to flaunt it as much as some of the others do. This might go some way to explaining not only the inclusion of tights in her Shinobi Transformation outfit, but also the generally modest nature of the rather militaristic uniform she changes into.

In most instances of the long-running Neptunia series, Xbox manifestation Vert dresses in long, flowing princess-style dresses to highlight her refined nature. Yet in the hack-and-slash spinoff MegaTagmension Blanc + Neptune vs. Zombies, in which the entire cast wears school uniforms, she is the only character to be wearing tights.

The reasons for this are probably readily apparent at this point; Vert is the resident “refined lady” of the cast — or at least she wants to put across that impression. In fact, as Neptunia fans will know, Vert is actually a slovenly, lazy individual who often prioritises staying up late to play video games over and above the management of her nation, which she often delegates to her subordinates.

In this sense, Vert wearing tights under her school uniform can be seen as a deliberate acknowledgement of the tropes she would like people to believe she embodies — and indeed if you’re new to Neptunia, it’s easy to assume that Vert is every bit the refined, gentle princess at first glance. But those of us who have been there since the beginning? We know all about her little quirks, and a pair of glossy black tights aren’t going to fool us, however nice they might lo… ahh.

Sorry, got a bit distracted there.

Who are your favourite tights-wearing video game characters? Let us know in the comments below, or via the usual social channels! 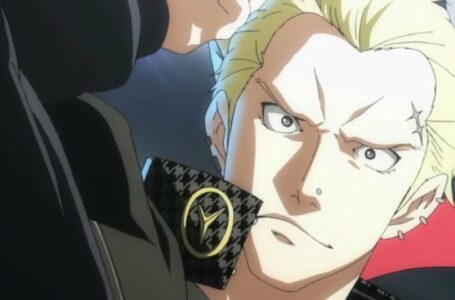 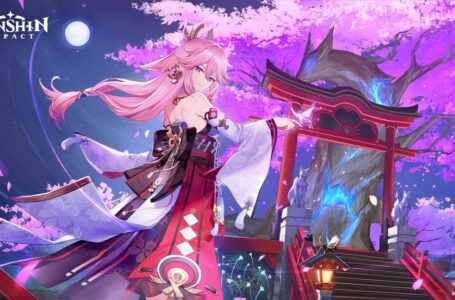