Every now and then in anime, we get blessed by incredible pieces of music that turns an already great scene into something spectacular. I want to talk about a few anime soundtracks that come to my mind when I think about those kinds of musical pieces. This is in no particular order, it’s just a collection of some of the great soundtracks that I love.

BLEACH has too many fantastic soundtracks, so I’ve given it the honour of the thumbnail. Seriously, every BLEACH song is a banger 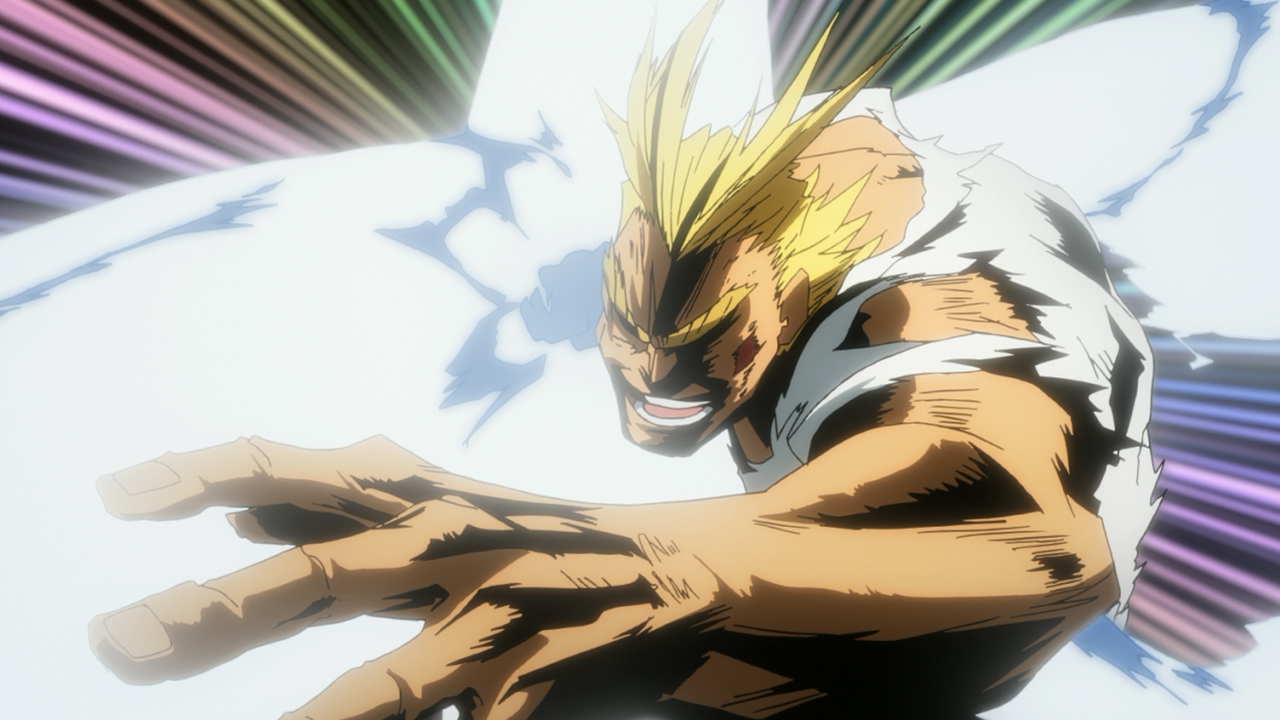 I’m kind of cheating here I will admit, but I think that You Say Run and the following versions should be considered as a single piece. Similarly to some of the other soundtracks that will be appearing on this list, You Say Run has the uncanny ability to light a fire in you and make you feel something. It’s the kind of song that makes you want to pop off as the hype of the scene forces this feeling to well up inside of you until you physically can’t hold it anymore.

I will always remember the time that song really hit me with how good it was. The fight between All Might and Nomu in the finale of season 1. Everything just goes so perfectly together. The song has this gradual build, then hits perfectly to mirror what’s happening on screen. Every note of the song is played with more than 100% of Yuki Hayashi’s power. “Why? Because I am the Symbol of Peace!!”. 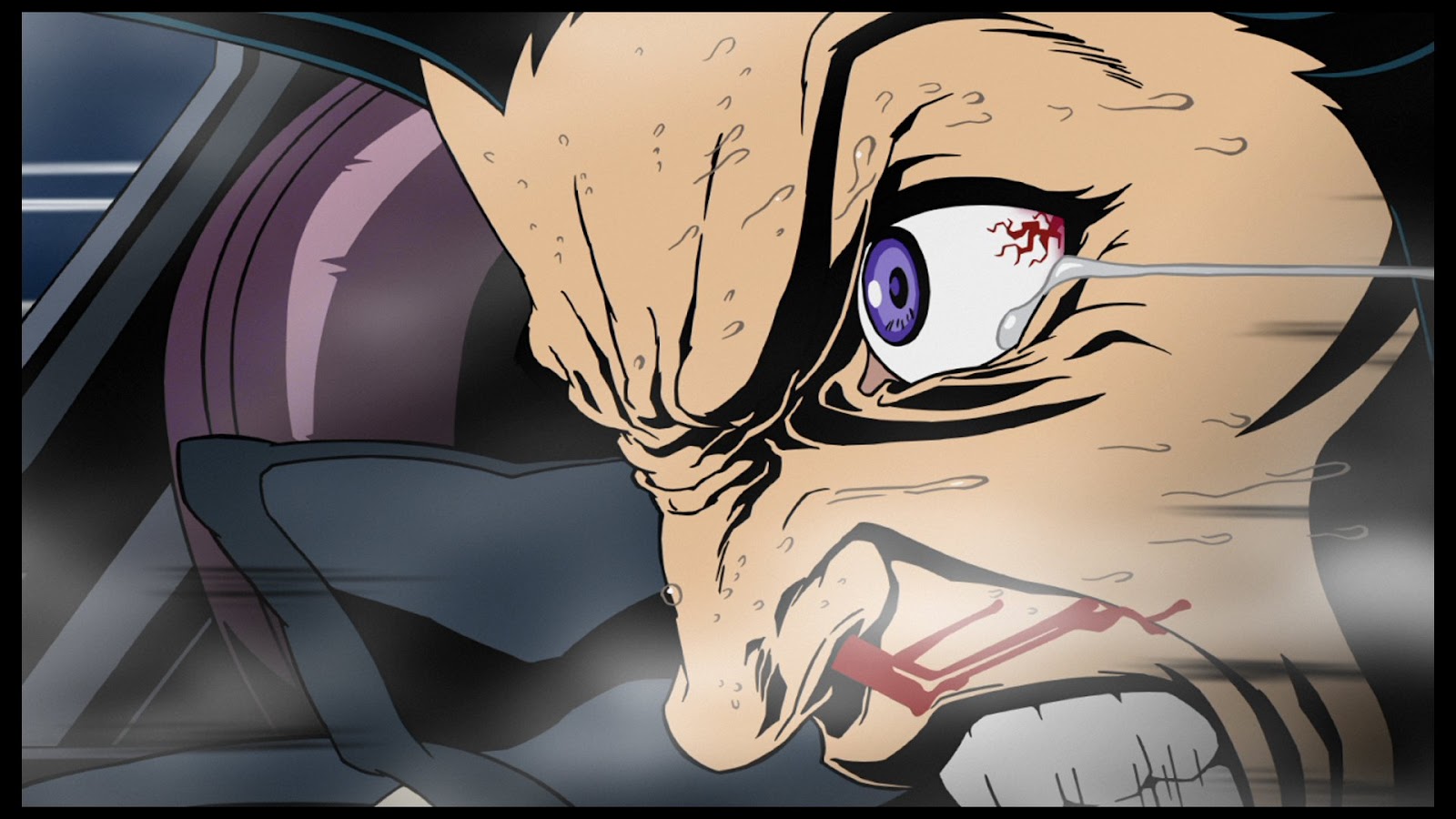 This movie was honestly illegal-levels of stylish and way ahead of its time. I still find it hard to believe that Redline was originally released back in 2009 and it was as incredible looking. It still rivals some of the stuff coming out today, 11 years later. The film was actually scheduled to release earlier than it did, but was delayed. The reason? The film is entirely hand drawn! 7 years of production and over 100,000 hand-made drawings and it all manifested into an absolutely incredible piece of art.

YellowLine was the song that plays during the first race of the film, and my god is it good. The film is all about racing in a sci-fi futuristic setting where cars are travelling at unbelievable breakneck speeds, blasting rockets and one another and making use of every single digit on the speedometer. Never listen to this song while driving. 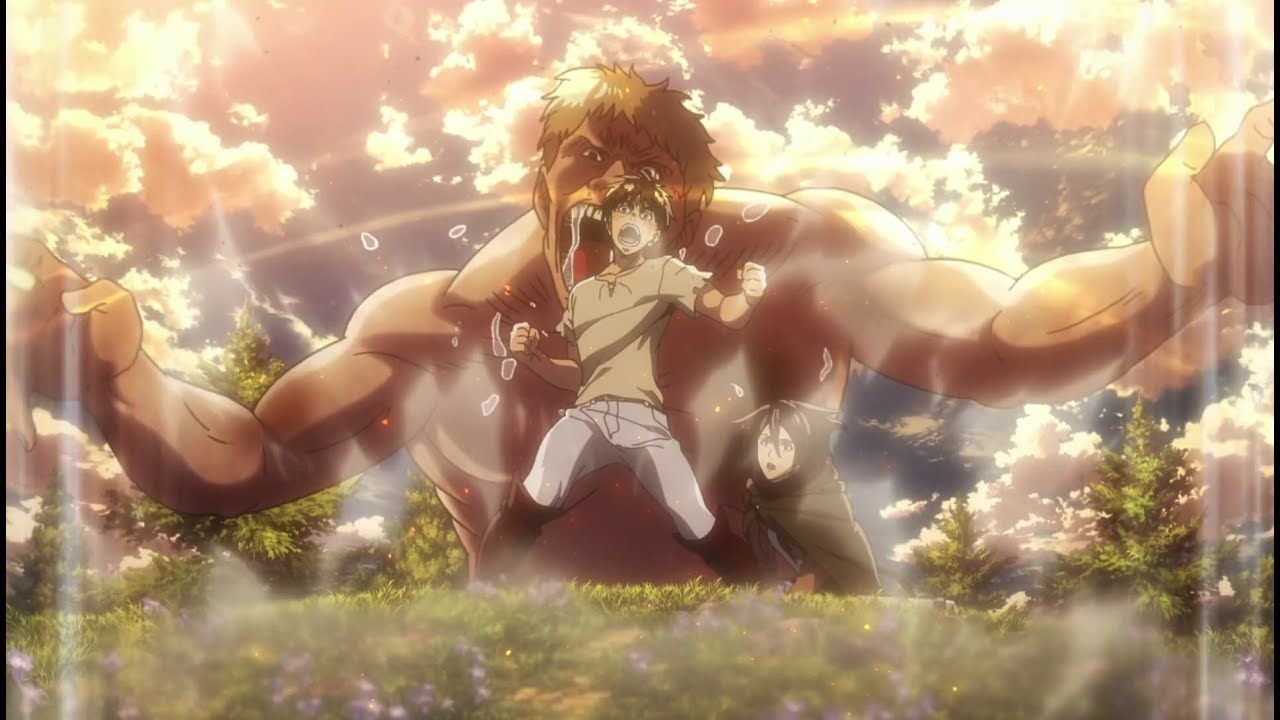 Of course there was going to be a Hiroyuki Sawano track on here. He is one of the most well-known and renowned in the anime music game for a reason, and YouSeeBIGGIRL (despite it’s hilarious name) is a legendary song of his. Now, there are plenty of fantastic pieces of work from Sawano, but this one in particular matches the scenes in which it’s played so phenomenally well.

Reiner and Bertholt’s reveal being one of the main ones that comes to mind. It has this slow build that fills you with this uneasy feeling, which is then followed by one of Sawano’s classic drops in something absolutely incredible. 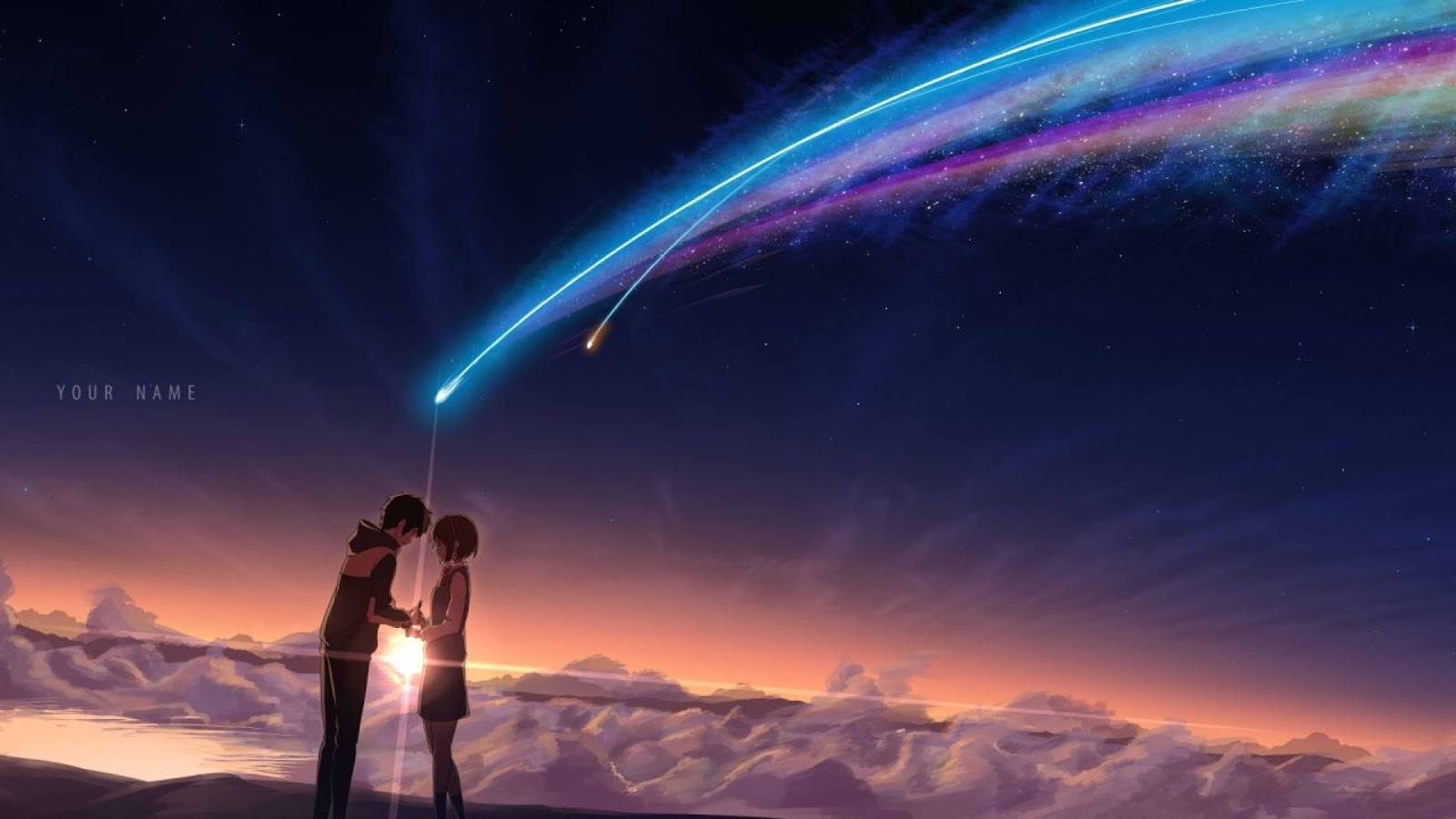 Radwimps really knocked it out of the park when it came to their performances on Your Name, and Sparkle was my personal favourite for a couple of reasons. The point of the movie in which the song is played fits so damn perfectly! Just as Taki and Mitsuha finally get to meet for the first time despite their time differences. Taki manages to get the message across that leads to Mitsuha’s survival.

As our two characters connected by the red string of fate leave one another trying desperately to remember one another’s names, the music has a slower and more sombre feel. Then… As soon as that tempo change hits, blending perfectly into Mitsuha’s resolve-filled mission to save her town. I was moved to tears with how well this entire scene was constructed.

Bonus for my Hololive lovers out there, please give Ookami Mio’s cover of Sparkle a listen to. It’s amazing. 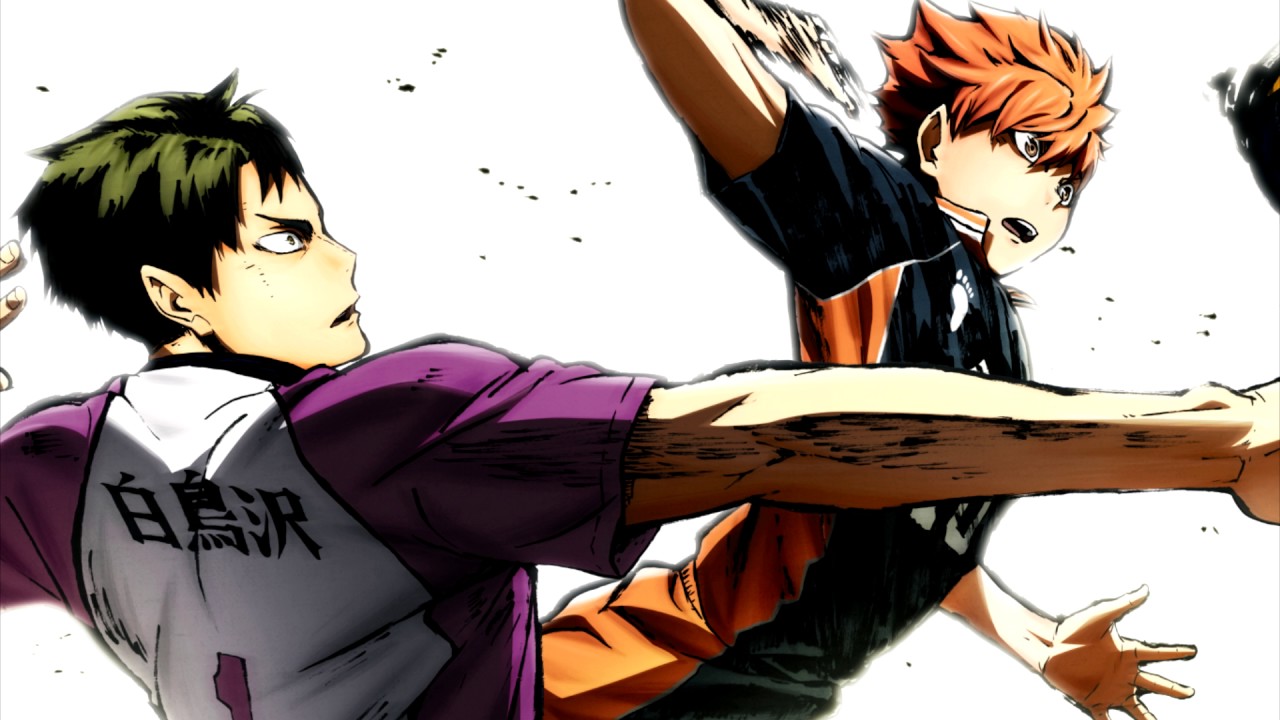 When it comes to feelings inspired from an anime, I think that sports manga have that skill in the bag, and Haikyuu is one of the best. Much like MHA, the OST of Haikyuu has the same incredible power to get you motivated and wanting to improve. This is such an incredible trait of Yuki Hayashi S considering he has composed amazing pieces for two humongous series.

If I had to name a specific scene, it would be the final match of Karasuno vs Aoba Johsai. At every single point of the final rally between the two teams, the music is perfectly in sync, amplifying the emotions you feel as it all plays out. Haikyuu is almost unmatched when it comes to these kinds of songs. 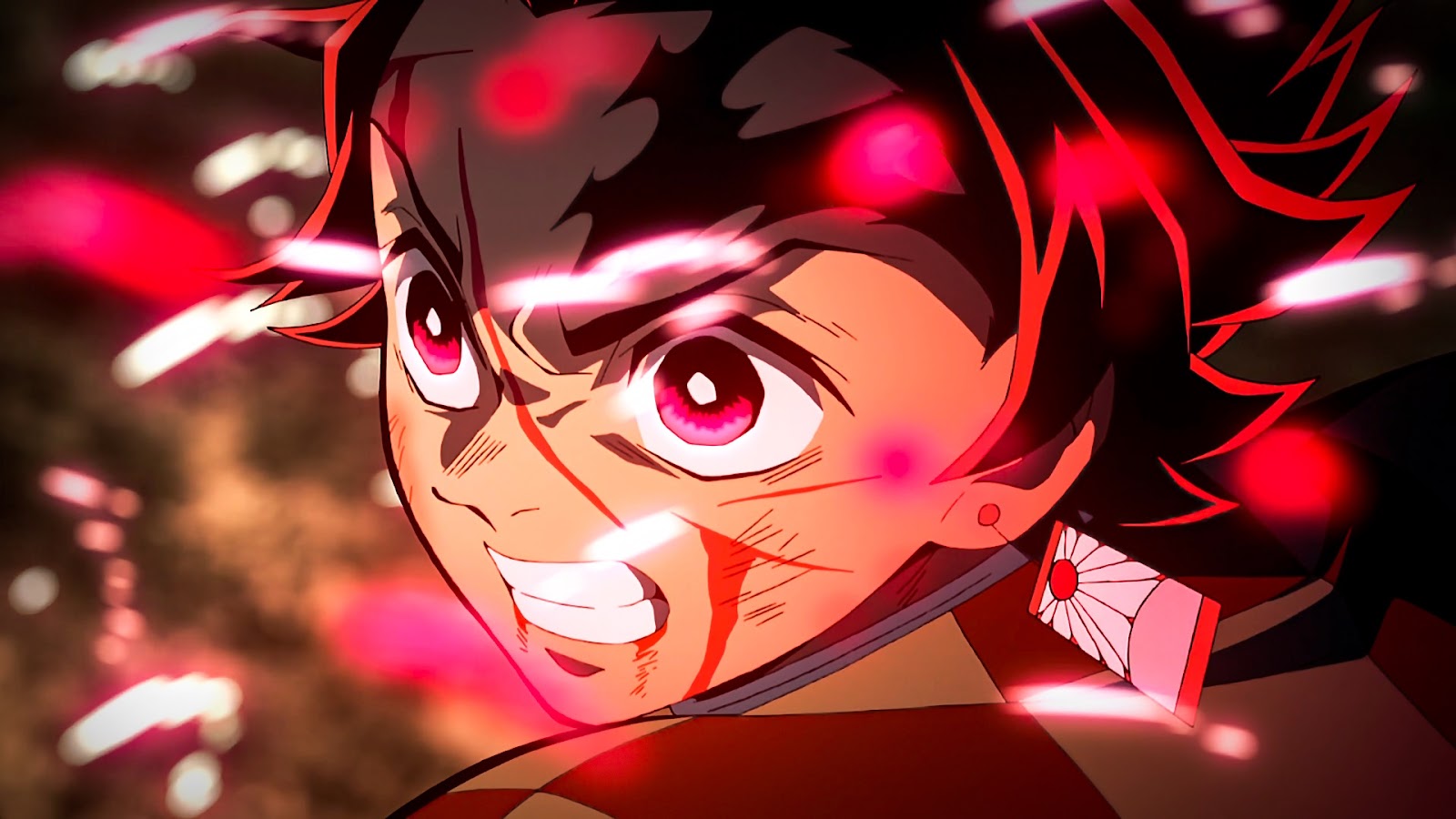 We have to include this. This song was something else. It was quite literally perfect for what it was meant to do. The scene and song in question take place in episode 19. The very episode that completely blew up on social media and took it to places and levels of popularity I had never seen before.

It’s amazing. The way the song starts up fairly relaxed yet perfectly works with the awe inspiring scene of Tanjiro unlocking this hidden power. It then gets even better as Tanjiro continues to cut through the webs and chase down Rui through the forest. The song keeps up and makes the experience so much more incredible. To then have to the song slow back down to mirror the scene of an unconscious Nezuko, then once again up tempo and hype you up again! Finally, the way the fight finished and led seamlessly into the episode 19 unique ending was amazing.

So, those are just a few soundtracks that always stick out in my mind. There are many more of course:

Please let me know some of your favourite soundtracks! Thanks for reading and stay safe!