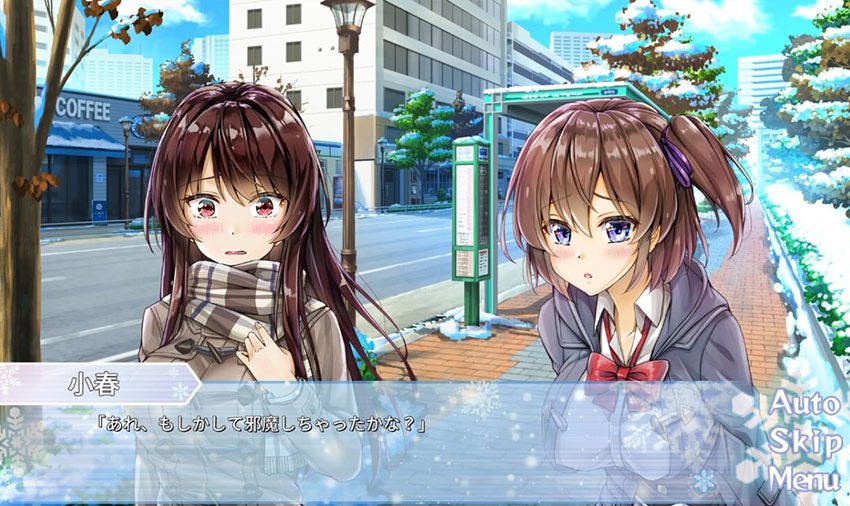 Aikano: Yukizora no Triangle is a visual novel about a love triangle between a track and field club member and his close friends.

The game first release don PC over in Japan, but now we know that Entergram will be releasing the visual novel on PS4 on October 29. There’s also going to be a Premium edition of the game for double the price (7,700 yen) of the base game, which features a B2 tapestry, short story and soundtrack.

I have a feeling this one is going to be HEAVILY censored if it’s making its way onto PlayStation, especially if comes to the west.

You can find out more on the game at VNDB.