Honestly, an Omega Force take on Attack on Titan was not something I was expecting back when Wings of Freedom came out. Yet here we are, with A.O.T. 2: Final Battle – the expanded second installment – executing the wild idea in top form.

Spoiler warning! The game covers the events of the anime up to the end of series 3, therefore spoilers abound! I’ve tried to keep this review mostly spoiler free, but read at your own risk!

I’m increasingly amazed by how Koei Tecmo manages to capture the essence of a series in one of these spin-off games and A.O.T. 2: Final Battle is an excellent example. While there’s a comfortable amount of familiar Warriors game elements, you can’t simply consider this “Attack on Titan Warriors” because its so unique in its spin on things. For one thing, the signature one-vs-many formula is flipped on its head, as you battle fewer, more dangerous enemies in place of mercilessly mowing down enemy soldiers.

A.O.T. 2: Final Battle is divided into 4 main game modes: Story Mode and Another Mode from the base game, and Character Episode Mode and Territory Recovery Mode which are new to Final Battle. Story Mode lets you experience the events of the first 2 seasons of the anime from a fresh, new perspective as your own custom-created Scout. The character creation is surprisingly in-depth while still controlling your options to help your MC blend in with the Attack on Titan visuals (e.g. no typical wacky anime hair colours). All of the parts are unisex, which is a refreshing expansion of choices.

Story Mode puts an interesting new spin on things while avoiding getting over-invested in showing off and bigging up your created character. It’s a great way to learn the ropes of the game, as well as avoid the complication of Attack on Titan‘s huge cast being divided into different groups going off doing different things. Of course, with a title like this, playing as familiar characters is a big part of the appeal, and A.O.T. 2 balances out its original character-centric Story Mode with Another Mode. This basically acts as the game’s Free Mode, letting you replay any level you’ve cleared in Story with any character of your choosing, be it a plot-relevant one or one of the game’s many optional Scout Missions. Thankfully, Another Mode’s do-what-you-want-as-who-you-want style of things is applied to both of Final Battle’s new modes too.

There is a huge amount of characters to play as  – over 40, in fact, with a handful new to Final Battle. As everyone functions pretty much the same way, this is mostly superficial (though character do have different stats), but who cares when you get to play as every notable character in the series? Even Marlo.

There is a huge amount of characters to play as.

The first of Final Battle‘s new modes is Character Episode Mode. This take over from Story Mode, telling the events of season 3 of the anime, but does so by having you play as different characters depending on the level and what’s going on in the story. The mode is divided into battle and story chapters, with branching paths to keep up with who’s off killing Titans, who’s off overthrowing the government, and so on and so forth.

The main chunk of Character Episode Mode is the Scout Regiment Story, which is where the main plot happens, but there’s also the 104th Cadets Story which runs alongside it and goes into a bit more detail where Scout Regiment speeds through things. It’s kind of odd to have the story split up like this when there’s such an overlap, but it allows for a wider variety of difficulty in missions. Just because something happened ages ago in Scout Regiment doesn’t mean it won’t crop up as a higher difficulty mission with the 104th Cadets. On top of the actual story chapters, Character Episode Mode introduces Battles Outside the Walls. Similar to the extra missions in Story Mode, these are chiefly opportunities to level up and harvest materials, but they’re also a nice break from the quick-turn nature of the story to just kill some Titans without worrying about Military Police coming out of the woodwork or sudden changes in game mechanics.

There’s a lot of depth to A.O.T. 2: Final Battle above and beyond its well-thought out Titan-slaying gameplay, from capturing Titans out in the field to brief forays into anti-personnel combat. You can construct a variety of bases (supplies, artillery, and more) while out on missions, as well as develop and upgrade equipment with materials obtained in battle to keep you in tip-top Titan-killing condition. Team members can also help you in battle, and working with characters in combat helps increase your friendship gauge with them, in addition to chatting with them, choosing the right responses to their statements and even giving them gifts in Daily Life sections. It’s a great way to learn about the characters and befriending and fighting side-by-side with your faves is good fun.

Final Battle goes even further, introducing new weapons, such as the Showdown Equipment, which lets you incinerate groups of Titans (and large chunks of background) in gloriously destructive fashion using Thunder Spears. There’s also special Anti-Personnel ODM gear, where you trade in your blades for guns, with a variety of ammo with different effects. Soaring around and slashing Titans to bits is satisfying enough as is, but throwing yourself through the air and rapid-firing incendiary bullets on your enemies is definitely not something to miss out on either. Some levels even have their own mechanics or a special take on the regular ones, such as the three-part battle against Rod Reiss, where each section sees you take control of a different character to attack in a different way: manning the artillery on the wall, pulling off synchronised attacks with Sasha, and slashing through a cloud of falling chunks of Titan flesh (ewww) before they hit the ground.

A.O.T. 2: Final Battle has really thought of everything and worked it into the game. In addition to the huge amount of ways you can fight, the Titans are well-implemented as enemies. They will bat you aside as you charge them and even grab you out of the air in their mouths. It’s pretty scary! Abnormals are also differentiated from your run-of-the-mill foes with a mechanic where you have to whittle down their strength with focus on specific areas and then strike while they’re stunned. A.O.T. 2: Final Battle has really thought of everything and worked it into the game, and it’s truly a wonder to experience.

There’s a staggering amount of customisation in Territory Recovery Mode.

While the other modes are where you learn both the ropes and the story, Territory Recovery Mode is pretty much where you put everything into practice. You lead your own Regiment, with the Commander, name, and emblem up to your choice and free to be changed at any time. The main portion is going outside the walls to try and slowly claim back the map through location-based missions. Along the way, you’ll gather material, and be able to encounter and recruits new allies. There’s a staggering amount of customisation in Territory Recovery Mode, as you can (eventually) distribute your recruits to different squads, each with their own purposes and stat benefits. Who you encounter out in the field seems to be fairly random, and how easy they are to recruit largely depends on how many of their established friends you have in your ranks. This throws a spanner in the works when it comes to ‘build up your own team of who you want’ a bit, but there’s an added element of excitement when someone you’re hoping for crops up.

Online Play lets you give materials to other players and answer their distress calls to aid them in a mission (as long as it’s one you’ve cleared yourself). If, however, you don’t go for online modes, you’re not missing out at all, as online draws content solely from what’s available in the single-player modes.

The one let-down for offline players is that there is no offline multiplayer, which is a shame, and seems to be becoming a disappointing trend in more recent Koei Tecmo titles of this ilk. I simply don’t play games online, so I’ll just have to imagine how much fun taking on Titans with a group of friends is and hope Koei Tecmo remembers sometimes multiple players are in the same place at the same time and just want to grab a couple of controllers and let loose.

In addition to that, my only real gripe with the game is that the controls can be hard to get the hang of, and the tutorials aren’t a huge help, being brief and a little hard to understand. These are pretty minor flaws in an otherwise supremely impressive game though.

Final Battle looks really, really nice in a surprisingly soft cel-shaded kind of way. Even though the story segments tend to shy away from a lot of movement (their comic-book overlay style reminds me a lot of the Valkyria Chronicles games) they manage to be dynamic in expressing the action of scenes. I’ll be honest, I wasn’t expecting the visuals to be as strong as they are, as it’s easy for a lot of anime games to just look kind of unappealingly blocky, but I’m happy to be proven wrong!

Similarly, the music is incredible, superbly capturing the tone of Attack on Titan with dramatic choir vocals you’d expect to hear in the anime, as well as more subtly emotive pieces punctuating particular moments of the story. The way the music distorts and most of the colours fade out when a Titan has its sights set on you are fantastic little ways to ramp up the tension (of which there is quite a lot) as well.

With so much to see and do, it’s no surprise A.O.T.2: Final Battle has an extensive Gallery. Here you can listen to various music pieces, view the character models and listen to their dialogue snippets, with more unlocking in true Gallery fashion as you progress through the game’s various modes. The Gallery is divided into what’s from the A.O.T. 2 base game and what’s new to Final Battle too, which is a nice way to keep track. Getting 100% of both is definitely going to take some time though! I may not know what awaits us in the future of Attack on Titan, but I’ll be more than happy if we see another title or update boosting the games to the full crazy, action-packed spectacle of it all in the way Final Battle has. Of course, A.O.T. 2: Final Battle is such a big game that I won’t need to worry about any of that for a long time yet anyway! 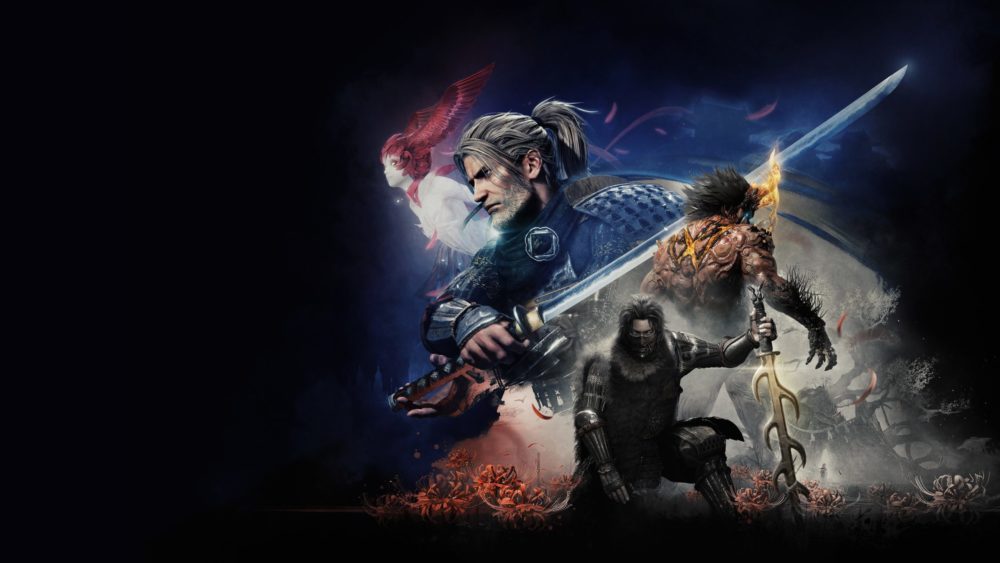