A.O.T: Wings of Freedom is the perfect way to handle a game based on the popular Attack on Titan series, and it’s quickly become one of the best games of 2016. Intuitive, engaging and exhilarating, I had a hard time putting Wings of Freedom down each night.

In my Wings of Freedom review I’ll go a step further. Not only is Wings of Freedom one of the best games available on PS4, it’s one of Koei Tecmo’s and Omega Force’s best games, period. The story mode follows the anime and then branches out into the manga, featuring a grand enemy than manga fans will be familiar with, and I absolutely loved every second of playing this game – it’s pure fun, and I’m finding myself returning to it time and time again. As a big Attack on Titan fan myself, this is exactly the game I wanted even if I didn’t necessarily know that, and it ticks pretty much every box that I want it to tick – this is perfect for fans, and a great entry point for newcomers.

The story itself is presented through animated cutscenes and dialogue with scenes such as the one with the Female Titan fight in the forest packing a punch like it did in the anime, and Omega Force have clearly respected and enjoyed the source material and made a game that they thought would be amazing for fans to play. You take control of several characters over the course of the story, and you can pick from many more including Sasha, Christa and Conny in the side-missions. The story clocked in around 8 hours on normal and then I unlocked hard mode which is a huge jump in difficulty from normal, and I’m loving the challenge. There’s easily a good 20 or so hours to be found in the side-missions and you can play online with a friend and try to beat your highest score, adding even more replayability to the content-packed game. Wings of Freedom one of the best games available on PS4.

I was worried about how smooth the Omni-Directional Mobility Gear would feel but my worries were immediately put to rest when I was swinging around the wide open areas, quickly moving around and slaying Titans. You can hold down square and if there’s something to attach to, your gear will attach and send you shooting forward and it’s simple yet so hugely enjoyable, and it’s now one of my favourite ways to travel around in a video game. You hit R1 to enter combat mode when a Titan is nearby and then your gear will attach to your enemy instead, and you can pick from attacking either of its legs or arms or go for the nape – sometimes you need to take out other limbs first, and it’s a good idea to do so to get materials to upgrade your weapons. Whilst carrying out your main mission you’ll have side-missions pop up (which are different to the expeditions) which are worth completing because, well, they’re great! Plus it allows you to grab more supplies and get help in battle as you can have four teammates with you at a time.

Wings of Freedom is somewhat like a other fast-paced monster-slaying games, although enemies don’t usually take long to defeat, but you also fall much quicker than you would in other games of the genre. You can suffer 2-3 blows without using a recovery item and find yourself looking at a defeat screen – this happened for the first time to me in a fight against a specific Titan, where they kicked me and then punched me from a rooftop before I could get back to my feet. You get to feel how satisfying it is playing as a Titan too where you can destroy and thrash on other Titans, pummelling them with a mixture of punches, kicks and throws and savage special attacks in intense battles.

The combat itself is simple – you reel yourself in with square after picking which limb to go for, and then you press triangle to slash when you’re close enough. Some characters can slash multiple times, and you can use items that include molotovs and items to disrupt a Titan’s sight or hearing. Using your gas to boost around and your blades will make both run out and so you’ll need to carry spares to switch them out, and if you run out then you can likely find someone on the field to supply you with more gear but you really don’t want to find yourself in a situation where you’ve let a supplier die – running out of extra stock means you’ll be far weaker and far slower. It’s easy to re-create the feeling from the show and becoming like one of your favourite characters, and Omega Force have made it incredibly fun and easy to re-enact what you see in the anime. Also, if you’re like me you might find that it’s really easy throughout most of the game but fret not! Once you unlock the harder difficulties and later side-missions, you’re in for a true fight for survival! Omega Force could not have done a better job in replicating the anime style and adapting it to a video game.

Visually it nails the anime and looks gorgeous in motion. Omega Force could not have done a better job in replicating the anime style and adapting it to a video game, and the main cast that I’ve grown to love as well as the grotesque, monstrous and sometimes hilarious-looking Titans look exactly as they should. The scenery smoothly seeps into sight as you speedily zip or gallop around on your horse through the vast expanse, leaving plenty of wide-open areas to tackle the Titans in. It’s easy to get overwhelmed, especially in a small area or one riddled with buildings, where you might have to make a quick escape.

As is almost standard with games based on anime or manga these days there’s sadly no English dub, but the Japanese voice-cast are outstanding and will not disappoint. The soundtrack is also great and whilst I think it’s notable that the tracks used in the anime aren’t used, I imagine licensing those tracks, no matter how amazing they may be, would cost a lot of money especially as the Treasure Box edition included the game’s soundtrack. Again, the audio has a perfect understanding in what Attack on Titan is, and reflects it more than well. A.O.T: Wings of Freedom (it isn’t named Attack on Titan for trademark issues within the UK, like the 3DS game before it) is a near-perfect way of bringing the series to consoles, and is by far one of the best licensed games I’ve played – I’m already excited for a potential sequel, but this game already offers dozens of hours to sink your teeth into. This is one of the easiest recommendations I’ve ever had to make, which goes doubly so for fans of the series. I’ll be returning to it again and again, and I have nothing but praise for Omega Force and Koei Tecmo for this release. 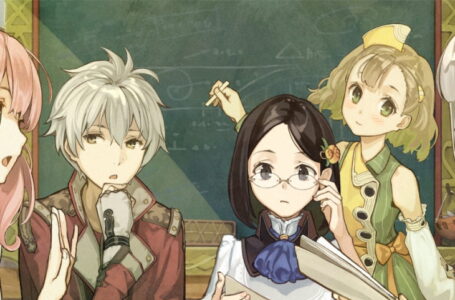