One of my favourite gaming trends from the last few years is the art of “modern retro” — games which deliberately embrace the aesthetic limitations of platforms of the past, but which make use of today’s technology to give us experiences that wouldn’t have been possible on those old platforms.

Astalon: Tears of the Earth from LABS Works is a near-perfect example of this. Aesthetically, it absolutely nails the distinctive colour palette and sound of the NES and Famicom, but structurally and mechanically, it very obviously takes inspiration from a number of different titles that came out well after the 8-bit era.

I don’t wish to sound too reductive by making too many comparisons to other titles — Astalon: Tears of the Earth is very much its own distinctive thing that deserves to stand on its own merits — but let’s just say if you think the idea of a game that combines elements of Castlevania, Mega Man, Metroid, the Souls series and Rogue Legacy sounds appealing, then you’ll probably get along just fine with this.

Astalon: Tears of the Earth unfolds in the sort of post-apocalyptic setting that has inadvertently reverted to a medieval-style high-fantasy world. Three plucky heroes — armoured warrior and heir to the Crystal Sword Arias, curvaceous rogue Kyuli and mysterious wizard Algus — have arrived at a mysterious tower that they believe to be the source of the water pollution that blights the world. And they fully intend to investigate it — hopefully putting a stop to this environmental menace in the process.

Naturally, things aren’t quite that simple; we learn almost immediately that Algus has, unbeknownst to the other two, made a pact with Epimetheus, the Titan of Death, for reasons initially known only to himself. The fortunate side-effect of said pact is that until Algus fulfils his mysterious promise to Epimetheus, all three heroes will be able to come back from the dead as many times as they need to in order to explore the tower fully. Handy, that. Particularly in a game like this, which is most certainly not afraid to knock you around a bit.

Astalon: Tears of the Earth unfolds as an exploration-centric platform game. Rather than making use of scrolling environments, you progress through Astalon on a room-by-room basis, which allows each new screen to feel like it has its own distinct, self-contained challenges. This is a distinctly old-school piece of game design, but it’s also convenient for the player — if you see, say, a barricade that you can’t get past, then the means of getting past that barricade is always on the same screen.

You might have to leave the screen and return by another route to reach the object or switch you require, but the actual solution to each of the game’s environmental puzzles can pretty much always be found in the same room as the puzzle itself.

As you progress through the world of Astalon: Tears of the Earth, you’ll encounter various types of enemies. Each of the three characters has their own distinct way of attacking: Arias has a melee attack with his sword, Kyuli fires a high-speed arrow across the entire width of the screen after a momentary wind-up and Algus has a quick to fire but relatively short range magic missile. You’ll find that each character is more suited to dealing with particular types of enemy than others — but you also need to bear in mind that you can’t just switch at will. Instead, character swapping can only be done at various campfires throughout the game’s world, which also act as save points.

Character switching is also necessary for exploration, since each of the characters has their own unique set of skills that helps them get around or clear routes for the others. Arias can hack through “vein” doors with his sword, for example, while Kyuli can kick off a wall in order to reach slightly higher platforms than others. Algus, meanwhile, is able to shoot orbs with his magic missiles in order to open up new areas or reveal platforms.

As is often the case with multi-character games like this, there are frequent scenarios in Astalon: Tears of the Earth where you’ll need to use a specific character in order to open up a route for the other two to progress. For example, you might need to use Arias to hack through a vein door in order to proceed, but several screens later you’ll find an orb that Algus will need to light — but no means of switching to Algus beyond the vein door.

As such, using Arias, you’ll need to find a means of opening up an alternative route through which Algus can proceed so he can do his magical thing. Sometimes this sort of thing is straightforward; sometimes it involves several screens of exploration and combat in order to reach the solution!

There’s a strong emphasis on learning the game’s environments and opening up shortcuts through them to make your life a little easier. Upon running out of hit points — which are shared between the three characters — you’ll be sent back to the very beginning of the tower upon respawning, and thus in the early game you’ll need to fight your way through the same enemies again. As you make progress in the game, though, you’ll open up new routes that allow you to get to your destination a bit quicker, and eventually elevators that allow you to fast-travel between the distinct different areas of the tower.

Death is an important part of the experience, though, because it’s only through dying that you can actually progress your characters. Upon defeat, Algus comes face-to-face with Epimetheus, who offers him the opportunity to exchange the orbs he and his companions have been collecting from every fallen enemy for various boons. Some of these apply to the party as a whole, while each of the individual characters can also be upgraded in several ways. There is even some narrative content that can only be unlocked through providing Epimetheus with orbs, so if you want to know the full story behind what is really going on in the tower, death is inevitable to a certain extent.

One of the nice things about Astalon: Tears of the Earth is that every time I found myself thinking “I wish this game had [feature]” it tended to be just a few minutes later that I’d discover it, indeed, already had the feature in question — and that said feature is unlocked either through exploring and finding items that provide permanent upgrades, or through buying the right things from Epimetheus. If you find yourself wishing that the minimap provided a bit more information, or that the item descriptions in the status screen were a bit more helpful, press on; you can make all of those things happen.

This aspect of Astalon: Tears of the Earth in particular provides a strong feel of Koji Igarashi-era Castlevania — particularly the use of “Relics” to unlock various helpful game functions in Castlevania: Symphony of the Night. The game distinguishes itself from being a straight Castlevania clone through its emphasis on repeated deaths, however; in games like Symphony of the Night, death leads to a Game Over and a reloaded save, whereas here it can even be used as a shortcut at times.

In keeping with the frequency of death in Astalon: Tears of the Earth, opportunities to heal are very few and far between, meaning in order to progress you’ll often need to find ways to minimise the amount of damage you take. One helpful side-effect of the death-centric progression system is the fact that with repeated failure, you’ll get continually stronger; in theory, the more you fail, the easier the game will become, though there will come a point where you’ll have to grind for orbs if you want to rely heavily on this system.

As with other games where this sort of thing is an option, it’s a better use of your time to practice and “git gud”, as it were.

Interestingly, one of the few opportunities to heal in Astalon: Tears of the Earth comes with story progression. Every time you achieve something noteworthy in the tower — defeating a boss or encountering a non-enemy character, for example — the ability to “rest” at one of the campfires becomes available. Taking advantage of this not only provides you with a short conversation scene between the three main characters, it also provides you with a variable amount of healing according to what Algus has supposedly been able to “hunt” in the meantime.

Some players may find the inability to rest at will a little frustrating, but it’s clear Astalon: Tears of the Earth has been designed and balanced around the idea of healing being a luxury rather than something you can rely on. Consequently, you’ll find yourself feeling increasing amounts of satisfaction at being able to make it through dangerous environments with minimal or no damage — and a veritable sense of elation when you stumble across an item which makes your life a whole lot easier.

It’s worth noting that some of the most useful but non-essential items in the game can be found in hidden areas, much like in titles such as Super Metroid. Generally speaking, you can get a good idea for where some of these secret areas might be from looking at the in-game map, but it’s also worth investigating suspicious-looking walls, since you’ll often find you can walk right through them.

The game isn’t always too mean in this regard, though; the game features three types of key — white, blue and red — with blue keys typically leading to optional but helpful areas that are worth exploring, while white and red keys are more essential to your continued progression through the tower. There’s at least one case where a blue door is partially obscured by scenery, though; keep a close eye on that map if you’re not sure where to go next!

As is hopefully apparent from all these descriptions, Astalon: Tears of the Earth is an exquisitely designed game that provides a constant sense of wondrous satisfaction as you progress. It’s challenging, for sure, but it never feels unfair. There are no points in the game that require pixel-perfect jumps, no completely unavoidable attacks and definitely no inescapable one-hit death pits.

There are, however, points where you’ll need to practice and areas where you might need to rethink your strategy — as well as carefully observing the way enemies behave. Even the most irritating enemies in the game — the ceiling-mounted eye monsters who spit spikes at you rank pretty highly in this regard — can be avoided or defeated if you play the game smartly.

To sum it all up, Astalon: Tears of the Earth is a wonderful example of what “modern retro” really means. It captures the look and feel of classic 8-bit games while bringing the gameplay bang up to date with lessons learned from some of the very best titles of the last 30 years. If you’re a fan of open-structure, exploration-centric platformers, this should be high on your shopping list.

Now, who do I need to talk to to get a physical version…?

Astalon: Tears of the Earth is available now for Nintendo Switch, PlayStation 4, Xbox everything and Windows PC via Steam. Thanks to Chyadosensei at Dangen Entertainment for the review copy. 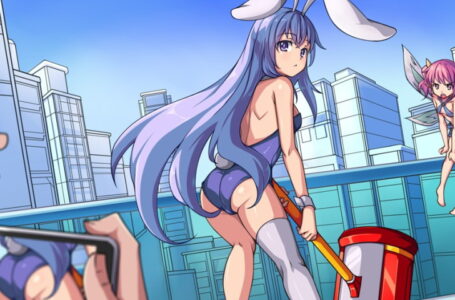 5 great platformers to scratch that exploration... 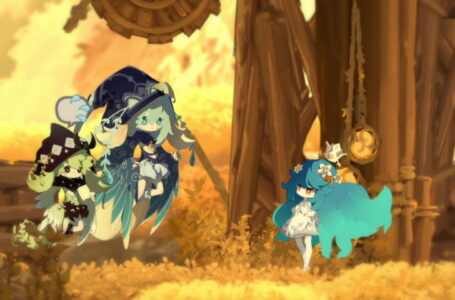 Alice and You in the planet of...