Ah, reader. I have a confession to make. I was only expecting to spend an hour or so playing Double Dragon Neon for my second session with it… but I ended up powering through to the end of it over the course of two and a half hours.

Okay, a fair chunk of those two and a half hours involved repeating bits that I kept messing up… but I was thoroughly invested. And it didn’t take long for me to reach a point where any fleeting thoughts of “next time I get a Game Over I’ll stop” were replaced with “I am going to make it to the end of this damn game come hell or high water”.

This is likely most obvious in the game’s finale sequence, which initially looked like it might genuinely be impossible. But as with anything vaguely challenging, perseverance is key.

As I noted back in our first session with the game, it doesn’t take long for Double Dragon Neon to establish itself as something just a little bit different from your traditional Japanese or Japanese-style beat ’em up. Its deliberately heavy, ponderous feel means that everything you do is a lot more deliberate — and that there are potentially more severe consequences for not really thinking about what you’re doing.

This is just one of many ways that it pays homage to the NES versions of the original games in particular — especially when you reach some of the light platforming and “avoid the squishy spiky thing” segments. These are right out of the NES versions, although the penalty for failure is a little less harsh here; you’ll take hefty damage rather than immediately losing a life outright.

In its opening stages, Double Dragon Neon is relatively forgiving, but the further you progress, the more care you’ll need to take. You’ll need to pay attention to the different types of enemies that are approaching, along with any weapons they might be carrying. Rather than simply being foes who look different and have varying amounts of health, Double Dragon Neon’s enemies are all very distinct, with many of them requiring that you approach them in their own special way.

We encountered one such enemy towards the end of last time’s play session, and indeed in the early moments of today’s run: whip-wielding foes. These sexy ladies not only have a hell of a reach, but they also do a huge amount of damage and are quite tricky to stunlock with simple attacks, too, so you’ll need to quickly determine how best to approach them and, preferably, knock them down so they drop their deadly weapon. And, just to make matters more complicated, you’ll often need to do this while fending off other enemies, too.

Beat ’em ups are, at their core, about controlling space — and this is very much true in Double Dragon Neon, even with its somewhat different feel to the classics of the late ’80s and early ’90s. Target prioritisation is absolutely key, so when you’re faced with a group of enemies — at least one of whom wields a dangerous weapon — you’ll need to make some super-fast judgements as to who you’re going to take down first. Do you thin the ranks first? Or do you take down the most obvious threat as soon as possible?

Both approaches are actually a viable strategy in Double Dragon Neon, since the game’s equippable “tapes” mean that you can customise your performance to quite a significant degree. We didn’t really talk about this last time — primarily because in my last play session I tended to stick with the tape that boosted my attack power — so let’s dive into this a little now.

As you progress through Double Dragon Neon, various enemies will drop cassette tapes, a bit like loot in an action RPG. These tapes come in one of two forms: stances, which adjust your character’s core stats, and Sosetsitsu, which provide access to special moves that can be unleased with a tap of the R button and the expenditure of a magic meter. Rather delightfully, in keeping with the “tape” theme, each and every cassette you collect has its own unique music that you can listen to on the screens where you equip them.

If you collect multiples of the same cassette, that cassette increases in level, up to an initial maximum of 10. Stance tapes provide bigger boosts to the relevant stats, while Sosetsitsu tapes become more effective in some way — perhaps dealing more damage or making more efficient use of the magic meter. You can actually increase the maximum level of all tapes up to 50, but doing so requires the use of mythril chunks dropped by bosses, and employing the services of a “Tapesmith”, who can only be found in certain levels.

This side of things adds a certain amount of replayability to the game as a whole, particularly if you’re interested in tackling the tougher difficulty levels that unlock after clearing the game on Normal, but it’s worth noting you can bash your way right through the game without needing to replay any levels. You’ll have acquired some mythril by the time you encounter at least one of the Tapesmiths in the game, and this will be more than enough to get your preferred tapes up to a suitable level to beat the game on its default difficulty.

One thing I found myself doing in this particular play session a lot more than last time was actively switching between tapes according to the situation. Doing so is a simple matter of popping up the equipment menu with the tap of a button, so it can be done very quickly with minimal interruption to the game flow — and the ability to switch between powerful strikes and the ability to self-heal in particular became increasingly important as the game progressed.

The nice thing about the tapes system is that it means you can tailor the experience somewhat to the way you like to play. If you enjoy playing aggressively, then the attack-boosting tape is a good choice — particularly when up against challenging bosses such as in the game’s finale. You’ll need to bear in mind the various tapes’ weaknesses, too, though; when using the attack-boosting tape, for example, your defence is quite a bit weaker, so it becomes even more essential to make use of the duck and dodge-roll moves to avoid taking damage and triggering the damage-doubling Gleam mechanic.

There are no simple answers, either — and, as I’ve mentioned a few times throughout this piece, Double Dragon Neon’s final boss is a great example of how you need to make some interesting decisions according to how you personally want to play. The first time I encountered him, he absolutely obliterated me almost immediately; on subsequent occasions I did a little better, but still took heavy damage, making me feel like attacking him with a powered-up self-healing stance might be the optimal approach.

This certainly allowed me to survive a little longer, but ultimately it became about observing and recognising his various attack patterns, how to avoid his various abilities and the best times to strike him. Once I’d got my head around all that, the fact I was getting hit much less made it eminently more practical and desirable to bust out the damage-boosting tape and defeat him a whole lot more quickly than I would have been able to do in alternative stances.

I came away from the encounter not frustrated that it had flattened me a bunch of times prior to my success — but with an appreciation that WayForward is, and always has been, really really good at classic game design. Nothing about Double Dragon Neon is “unfair” at any point, because the game is filled with obvious animation and audible cues as to what is about to happen — you just need to learn the rules by which it’s playing.

And indeed the same is very much true for other notoriously “hard” games that we see even to this day — most notably stuff like FromSoftware’s Souls games, all of which are designed around very similar principles to what we have on full display in Double Dragon Neon. If you want to get good at such games, the first step is understanding the rules by which these games are challenging you; once you’ve got your head around those rules, figuring out how you can play within those rules and still come out on top is the key.

Yes, sometimes that means you need to show a bit of commitment and courage — and, crucially, not give up at the first sign of resistance — but more often than not, the results are very much worth it. And I don’t think anyone would argue that Double Dragon Neon’s excellent end credits song is anything other than worth all the effort it takes to enjoy it! 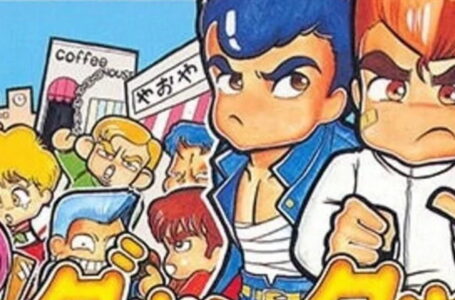