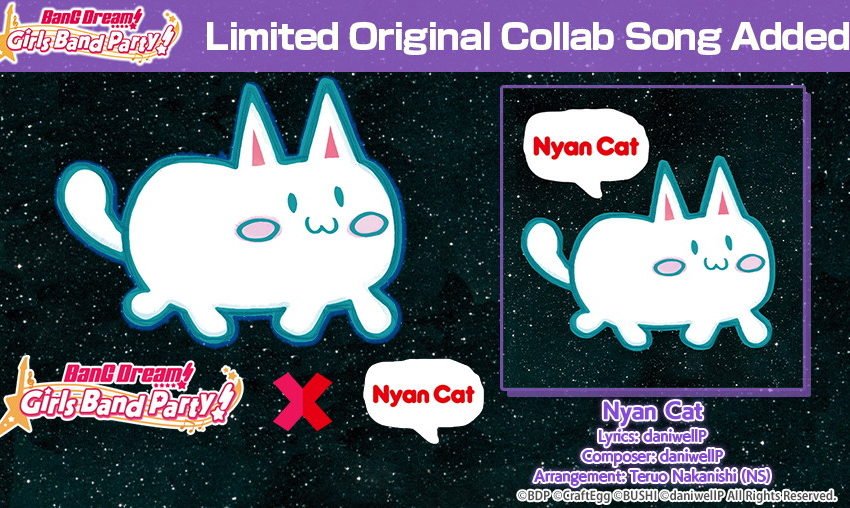 F2P mobile rhythm game BanG Dream! Girls Band Party! has had more than a few crossovers since launch, but who expected the next collaboration to be with Nyan Cat?

The collab unsurprisingly contains only one song: Nyan Cat. With the meme that contributed to the song’s success being nearly ten years old now, you’ve probably heard the song at least once.

While the song may not be as popular nowadays, that hasn’t stopped developer Bushiroad from adding it to BanG Dream! anyway. It may seem like an odd collab (because it is); however, this isn’t the first time the English version of BanG Dream! has added a meme song. Earlier this year, Baby Shark was introduced to the game for a limited time.

Nyan Cat, originally written and composed by daniwellP, and arranged by Teruo Nakanishi, will be available from today until Oct 14 at 07:59 UTC.