Nintendo often gets criticised for releasing the ‘same games’ over and over again and Mario Kart is perhaps a very obvious example of that. I find that each Mario Kart is quite a unique experience and each has its own unique strengths and weaknesses. As somebody who has played through all of them (not including the arcade titles), I’d like to compare what I think is the worst game in the series, to what I think is the best.

Let’s start with some positive points. This game gave a significant increase to the number of playable characters and was actually one of the first Mario games to feature Diddy Kong. There are unlockable characters for the first time, as well as a variety of vehicles to choose from. As a fun gimmick, you chose two racers for each race (one who attacks and one who drives) and different racers have different exclusive items, which adds a minor element of strategy. So, with all those strengths, what is wrong with Double Dash!!? Well, when you play 50cc or 100cc, it’s not too bad, but at 150cc it’s horrible because every CPU racer is such a horrible cheating scumbag. When you play Mario Kart you like to think of the CPU racers as just like you; they all want to be the person to come first, right? Well, no. In Double Dash!! at 150cc every other racer just wants you to lose.

Let me give you some examples. Maybe you’ll be in third place and you’ll see the racer in second has a red shell; what will they do? Well, naturally, you’d think that they’d throw the red shell forward, so that they could slow down the player in first and increase their chances of winning. But, no, what happens is, they’ll throw the red shell backwards, because they don’t like how close you’re getting to the front.

The best way to look at the CPU players in this one, is as one large entity. If you don’t come first, the CPU comes first, and that’s all they care about. But it’s not just a case of seven against one. The seven CPU racers are also not as badly affected by items as you are. Let me briefly talk about the items in Double Dash!! too; they’re everywhere and it’s chaos. You’ll be constantly hit by shells and bananas and when you are, you slow right down and take ages to get back up to full speed; but the other racers get back to full speed almost instantly! So, say you’re in first and the racer in second is just a little behind you, a blue shell comes and you’re both caught in the explosion: well, the person in second will take first place, because they won’t have been as badly affected!

But aside from the cheating computer players and the items which are much more annoying than they ever had been before, this is also one of the glitchiest and worst controlling Mario Karts. The controls take quite a while to get used to, and the karts feel very slidey, like every level is an ice level. Then half the time you’ll be hit by a shell and the kart will turn upside down and get stuck in the ground for longer than it should, or you’ll drive near the edge of a drop, and just ‘bounce’ off it as if you’d just crashed into the side and then but put to the back of the race even though you did nothing wrong. This of course makes winning extremely hard, and this is the only Mario Kart so far with an “All-Cup Tour” where you have to win all the tracks in one go. It was more stressful than my actual driving test.

Something I find annoying about the media is how whenever a new game comes out in a hugely popular franchise, you’ll hear a lot of “this is the best one ever!” kind of remarks. This is pretty meaningless when it’s said about every new release, but I really do think that Mario Kart 8 is the best Mario Kart yet. There are loads of amazing race tracks, the items seem much more fair and the controls have never felt so good before. Plus, most importantly of all, the CPU don’t cheat so awfully and obviously. This game is absolutely beautiful. I’m not somebody to put too much value on graphics and I can enjoy 8-bit games as much as new HD titles, but the visuals in Mario Kart 8 are absolutely stunning and perfectly compliment the top notch gameplay. For once, I can begin to imagine the completely bizarre Mushroom World as if it were a real place, which goes a long way to helping me feel immersed in the world.

You’ve also got a nice selection of characters. All of the Koopalings are playable and it gives me an immense feeling of nostalgic joy to see these over twenty-five years old cartoon designs in a lush HD environment. I’ll admit, I’m as disappointed by Pink Gold Peach and Baby Rosalina as anybody else, but you’ve still got all the excellent main characters (Donkey Kong, Luigi, Wario, Rosalina, Waluigi) and DLC which gives you Animal Crossing characters, Link, Dry Bowser and more! With more DLC likely on the way (please be Donkey Kong themed) too, I can safely say that this has my favourite character-roster so far.

I guess, as I mentioned the positives of Double Dash!! I need to mention the negatives of 8. For one thing, the battle mode has been completely changed so that you battle on the race tracks, which is nowhere near as good… But, I’ve never been a big battle mode fan anyway, so I don’t care! I know I just said the character roster is the best yet, but it’s still a shame classics like Funky Kong, Diddy Kong, Bowser Jr. and Petey Piranha were left out (let’s hope they’re added soon!). Other than that, I guess I’d be forcing to say anything else bad about it.

I know it’s just a cartoon racing game, but when I’m playing as fantasy hero, Link, driving a Mercedes through a futuristic city in the rain… I just can’t describe how much I enjoy it. It is simply sublime. If you like Mario Kart but have not played 8, I can’t recommend this game highly enough! 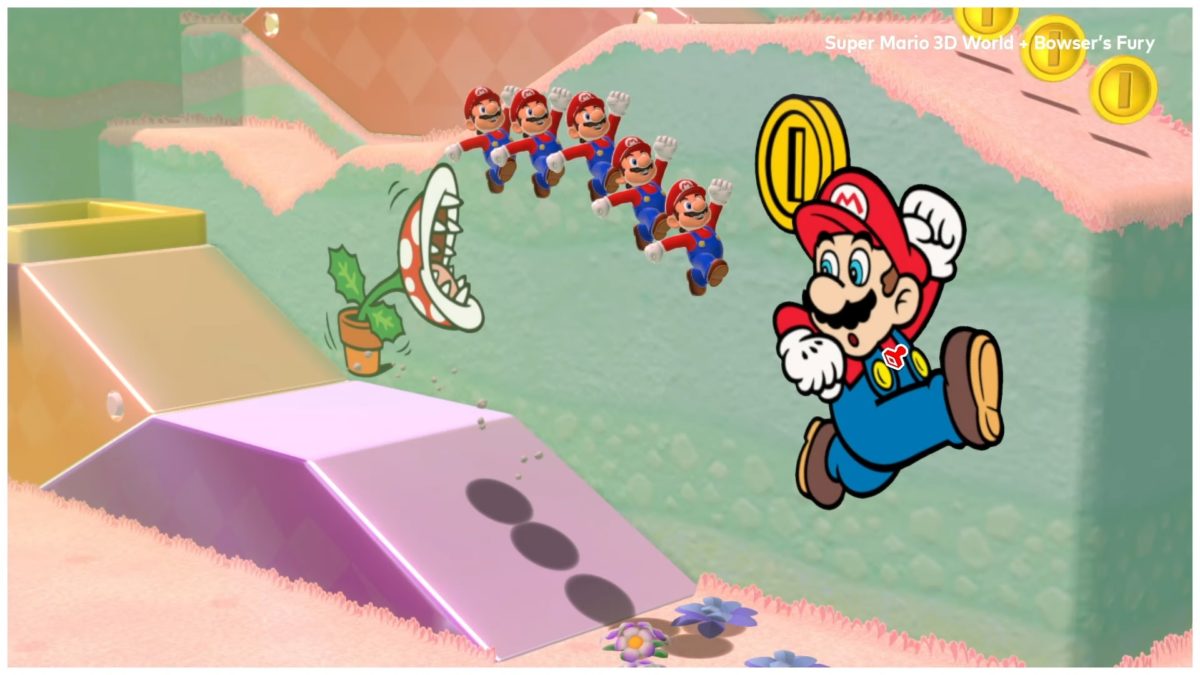 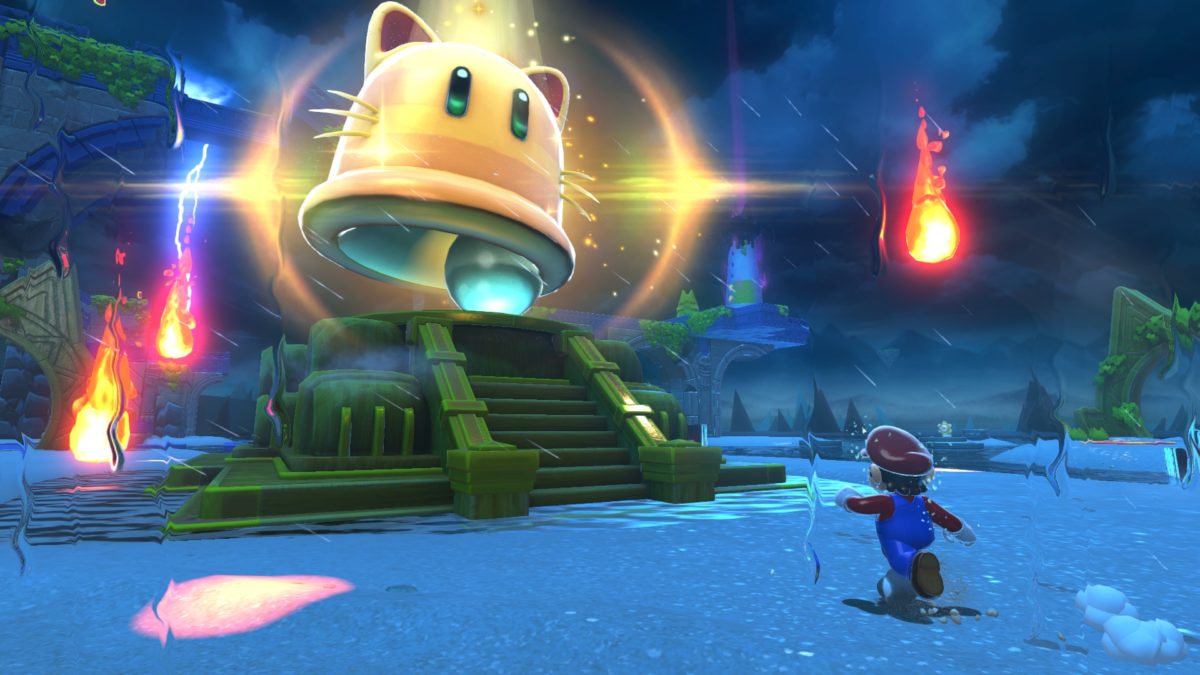