Ever since it was announced that the anime will be returning (and hopefully correcting some of the problems the manga had) I have been itching to talk about BLEACH. Now, it’s still a little early to be getting hype about its return and the arcs ahead, but we can definitely talk about the waifu’s baby! Kubo is known for many things, Soul Society being one of the best Shounen arcs to come out of the magazine, Hueco Mundo arc being a bit too drawn out, and a lack of backgrounds in his manga panels. However, his character designs have always been a strength of his, and his female characters are outstanding! There isn’t any particular order to these characters, apart from the last 3.

I feel like this, more than any of my previous waifu reviews, is going to give away a lot about my tastes… Anyway, let’s get into it! 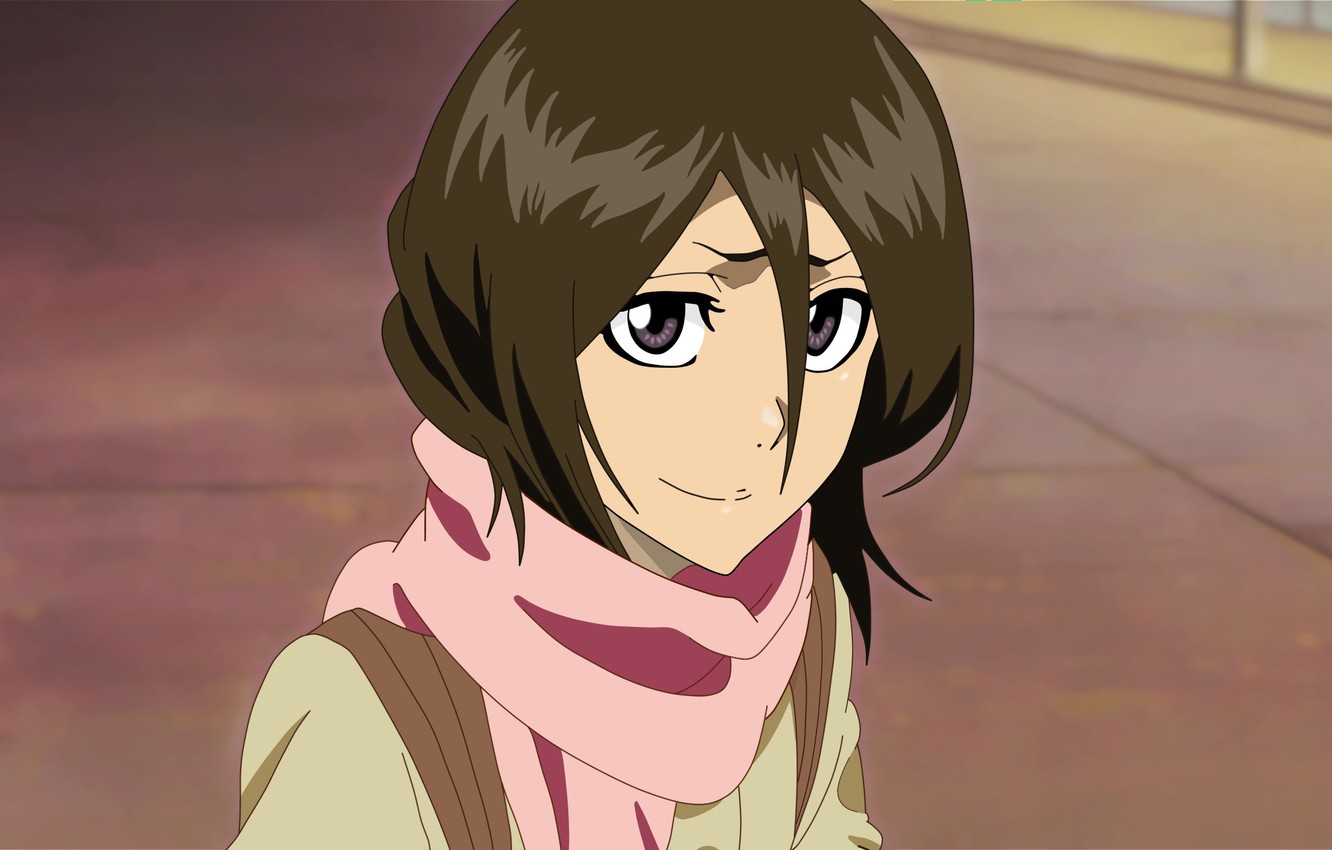 Rukia is the one who kickstarts the whole of BLEACH, turning Ichigo into a soul reaper and becoming the main drive behind the series’ strongest arc. Without Rukia, we never would have been able to see so many amazing scenes and meet some amazing characters.

Throughout the entirety of BLEACH, Rukia and Ichigo always have each other’s backs regardless of what they are feeling or the events taking place. So of course, we have to include her on this list.

I would probably consider Orihime as being the most divisive character on here, for a couple of reasons. Most people probably remember Orihime as having way too many lines that consisted of the word “Kurosaki-kun!”. Alongside the fact that she is a love interest to Ichigo, which is always dangerous territory to be in considering a lot of fans were shipping Ichigo with Rukia. I don’t think Orihime is all bad though, I think she brought some much needed emotional scenes to the series along with a more bubbly and positive personality. Plus, her post-arrancar arc design is great! To be honest, most characters got a design-upgrade towards the later arcs of the series.

The ex-lieutenant of Captain Shunsui Kyōraku and one of the Visored who helps Ichigo along the path of understanding his powers. I like Lisa a lot, her design is awesome with the classic sailor uniform that ends at her stomach, complete with the miniskirt. Even during her time in Soul Society, she would wear a hakama that had a miniskirt, stuff like this is some peak waifu material. She is a much more calm and reserved character amongst the cast, usually remaining quiet and towards the back. However, deep down her hobbies are reading erotic manga and looking a swimsuit magazines, a trait I think we can all admire.

This is probably where I begin to expose my own tastes a bit.

Kukaku is a character that I really wish we had gotten to see more of after the Soul Society arc. She is a badass, no-nonsense character who is extremely violent, aggressive and isn’t afraid of beating up anyone who opposes her. Kukaku has multiple bandages, a prosthetic arm, and tattoo’s. She really is kitted out to be a total badass and I love her for it.

Nelliel was one of the most surprising characters in BLEACH, with a transformation I doubt anyone was expecting to see. Originally, Nel is purely a comedy-relief character in an arc about rescuing the damsel in distress while a seemingly insurmountable foe stands in the way. She is tiny, hilarious and constantly mispronounces Ichigo’s name to add to her cuteness. However, in an extremely dire situation, Nelliel transforms into her original form in order to save Ichigo. It’s then revealed that this previously thought-of comedy character, was the third strongest Espada in all of Hueco Mundo. To top it off, she still has her adorable nature with a newly added badass touch, all while looking hot as hell.

You guys are definitely catching on to what I like at this point.

Halibel is without a doubt my favourite Espada for numerous reasons. For one, she is the only female member amongst the Espada and she ranks at number 3 out of 10, so it’s safe to say that she is powerful. Powerful enough in fact, that after the events of the Arrancar arc, she becomes the leader of Hueco Mundo. Also her design is absolutely incredible! She has this awesome bone-shark design that really accentuates the fact that her powers are all water-based. Her design pre-resurrección is certainly an eye-catcher, but when she powers up she becomes even cooler. To top it all off she is a character that, despite being surrounded by selfish and evil people, genuinely cares for her subordinates.

Now, if everyone else watched BLEACH around the same time and at the same age that I did, no doubt Rangiku was a favourite character of yours as well. Rangiku definitely felt like a character whose only purpose was to check that fanservice box. However, she quickly became this hilarious and enjoyable character who perfectly counterbalanced the personality of her straight-laced Captain, Toshiro Hitsugaya. She is a character who completely owns what she’s got, that being her impressive figure, while not being too off-putting as a viewer. Lastly, she has a wonderful relationship with her Captain that’s great to watch and this mysterious past with Gin Ichimaru, which brings out a side of her people may not have expected. 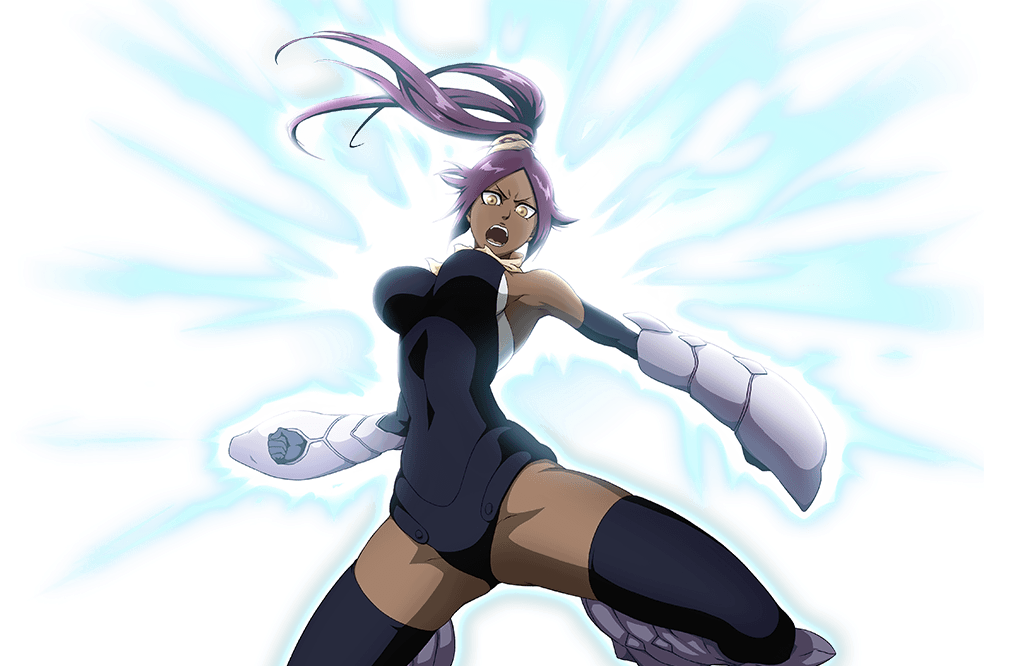 If you read my previous waifu review on Xenoblade 2 then you probably saw this one coming. To absolutely no one’s surprise, Yoruichi is without a doubt in my mind, the number 1 best waifu of BLEACH. I mentioned that Nel’s transformation was a surprise, well Yoruichi definitely trumps that. Originally appearing in the form of a cat with a male voice, Yoruchi turns out to be a dark-skinned, athletic powerhouse-goddess who is revered in Soul Society without even using a sword.

Yoruichi is the partner of Kisuke Urahara (one of the best characters in the series), the former captain of the 2nd division, and a master ninja. Yoruichi has some incredible fights, a fantastic design, and a great personality to boot. I live for the day we get to see her Lightning Cat/Flash God form animated.

That wraps it up for my favourite waifu’s from BLEACH! I hope I didn’t expose myself too much, but oh well.

As always, thank you for reading! Stay safe and healthy, friends! 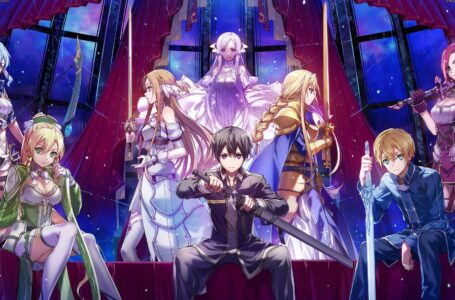