Graze Counter, a shoot ’em up for PC by Bikkuri Software and published by Henteko Doujin, is a great example of a game that really understands the concept of “risk versus reward”.

Risk versus reward has always been a core concept of arcade-style games since the very beginning, and the idea somewhat stems from the fact that arcade-style games, as the name suggests, originated as coin-operated machines that you would have to pay to play.

Much like you take a gamble on a slot machine any time you put your money in, with an arcade machine you’re also making a gamble — albeit one that doesn’t result in a monetary reward. Instead, you’re risking your 50p in the hope of being rewarded with the opportunity to enjoy the game for as long as is satisfying — and perhaps the opportunity to immortalise your achievements with an appearance on the high score table.

The difference between the risk of an arcade game and outright gambling, of course, is that arcade games usually require more in the way of skill than just plain luck — and as such this meant that they were eminently more suitable for adaptation to home systems than casino games ever were.

That’s the thinking behind modern games like Graze Counter. While you’re not risking a 50p every time you play, you are risking your score in the hopes of being able to make it through the whole game in one go — or being able to top the leaderboards. And just to make matters more exciting, Graze Counter specifically encourages you to increase the risk factor through its very mechanics.

As shoot ’em up veterans will no doubt have determined by the game’s title, Graze Counter is a shoot ’em up that places a strong emphasis on “grazing” bullets and enemies — passing close enough to them for it to be potentially dangerous, but not actually getting hit by them. Many shoot ’em ups incorporate something to do with “grazing” as a bonus mechanic, but in Graze Counter you’re not going to get far without specifically seeking out opportunities to graze.

The reason for this is that while you’re grazing things, you’re building up a Graze Counter (see what they did there?) and when this is full, you’re able to unleash a Counter attack — a Graze Counter (see what they did there?), if you will. The Counter attack is a laser blast that cancels bullets, deals heavy damage and also produces yellow stars from everything it hits or destroys; these yellow stars are not only used for end-level bonuses, but also to charge up a second meter, known as the Break meter.

Fill up the Break meter and you can switch into Break mode for a short period, which freezes your score multiplier where it is, massively increases the firepower of your ship’s normal shot and cancels all bullets on screen when you activate it. Timing is important; cancelled bullets all turn into red stars, which are, again, worth bonus points at the end of a stage — so it’s very much in your interests to wait for the screen to be filled with a seemingly impenetrable bullet pattern before setting off your Break mode.

These mechanics give Graze Counter a very pleasing sense of rhythm. Rather than focusing entirely on dodging bullets and dealing as much damage as you can throughout the duration of the game, you alternate between what are effectively different “stances” of sorts. While you’re on the defensive, you’re nimbly manoeuvring through bullet patterns in such a way that you keep yourself safe while taking calculated risks; as soon as that Counter is ready, though, you can go on the offensive and place yourself directly in what was “harm’s way” moments earlier.

Because the Counter attack only lasts for a few seconds and it’s relatively easy to build the Graze Counter meter back up to maximum, this gives the game a distinct sense of ebbing and flowing, almost like its pace is moving in “waves”. It’s a very satisfying and enjoyable feeling, and it keeps the game feeling constantly interesting as you play.

The game is short, unfolding across just five stages, but there is plenty of replay value. Two playable characters have different weapon configurations for their ships, and a selection of three available “skills” allows you to tweak exactly how the game plays according to your play style. If you’re a beginner, the auto-recharging shield makes getting through the game much easier; conversely, if you’re a risk-taker, the “over-graze” option allows you to more quickly charge the Break bar at the expense of regenerating shields.

Not only that, there are multiple difficulty levels, with the lowest providing an accessible but enjoyable challenge for shoot ’em up newcomers, and an optional “Pacifist” mode where you’re not allowed to use your normal shot or Break attack at all — all enemies must be destroyed using Counter attacks.

And if you further want to test your skills, an array of 25 missions tasks you with proving your mastery of the basic mechanics and taking on challenging versions of the game’s various bosses. There are lots of ways you can work on improving your game in Graze Counter — it’s not just about playing through the main game mode over and over again in the hope that you might perform a bit better or memorise a few more attack patterns each time you play.

Aesthetically, Graze Counter is pleasing enough to keep you coming back for more, adopting a somewhat PC Engine-esque aesthetic similar to that seen in Raging Blasters. The music isn’t quite as in-your-face as that title, nor is the speed as hypnotic, but that’s probably for the best; while Raging Blasters tends to err on the side of precise, Star Soldier-style shooting, Graze Counter very much amps up the bullet hell aspects as you progress through its five stages.

In fact, while it’s not an easy game, even on its lowest difficulty level, Graze Counter is a pretty good title with which to get to grips with the core ideas of bullet hell games, which often incorporate some form of “graze” mechanics to one degree or another. And since many bullet hell games can be punishingly unforgiving even at their easiest levels, the fact that Graze Counter allows players regular respite from the onslaught thanks to its mechanics means that it may well appeal to those who enjoy the shoot ’em up genre but perhaps feel a little less confident with its more daunting aspects.

That’s not to say Graze Counter has no challenge, mind; on the higher levels it will absolutely kick your ass into next week and back — particularly if you deliberately up the challenge for yourself with Pacifist Mode and appropriate ship and skill selections — but the nice thing is that there’s something here for everyone to enjoy, whether you’re someone who enjoys the spectacle of shoot ’em ups, or someone who is forever chasing their next 1CC.

Graze Counter is available now via Steam. It’s half price at the time of writing — offer ends on August 10, 2021. 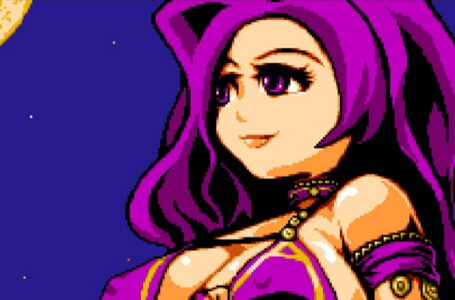 The Tower of Succubus makes the Tower...