You will hopefully recall a while back we took a look at an excellent shoot ’em up called Raging Blasters. This is an excellent game, clearly inspired by PC Engine classics, that is also a great introduction to the genre for newcomers — as well as a sure sign that developer Terarin Games is one to watch. Well, now Terarin’s new game Moon Dancer is available after much teasing on Twitter — so I’d say we should check it out, non?

While Raging Blasters is a shoot ’em up that draws inspiration from the classic Star Soldier series, Moon Dancer instead draws its core mechanics from Taito’s Ray series — specifically, its use of a lock-on laser. This is a popular mechanic that has made it into a number of shoot ’em ups over the years — Triangle Service’s abstract blaster Minus Zero and the legendary Rez are probably two of the best examples out there — but the Ray series is commonly attributed as if not the mechanic’s outright origin point, then definitely where it became popularised and refined.

In Moon Dancer, you take control of the obligatory lone ship blasting off to defeat the enemy forces — in this case an attack from a runaway defence system. You have two main methods of attack: a rapid-fire shot, which not only fires directly ahead of you but also diagonally out from the four corners of your ship; and the aforementioned lock-on laser, which in itself can be used in three different ways according to which power-ups you collect.

The default form of the lock-on laser is known as the Spear Laser, and this works much like the classic Ray lasers: there’s a sight out in front of your ship, and passing that sight over enemies while firing your normal shot causes you to lock on. When you’ve locked on to at least one ship — up to a maximum that varies according to which weapon you’re using — you can press the laser button to fire high-speed beams out at everything you’ve locked on to.

The Napalm Laser works in a similar way, but it can lock on to fewer targets and deals more damage; rather than simply damaging once when it hits, it causes a small fiery explosion which deals additional damage — great for bosses and less squishy enemies.

Finally, the Multi Laser is a bit different: rather than a sight floating ahead of your ship, you instead project a circle around yourself, and anything entering that circle gets locked on to. This is great for use as a defensive weapon in the middle of intense enemy swarms, but it demands nerves of steel, since it requires you put yourself directly in the path of danger to truly use effectively!

Speaking of danger, one of the best things about Moon Dancer is how it provides clear and obvious telegraphs for major enemy attacks — not just from bosses, but also from more powerful foes that you encounter through the stages. Both audible and visual cues — the latter taking the form of white diamonds that appear over the exact part of the enemy the attack is about to come from — allow you to prepare accordingly for an incoming assault.

The telegraphs aren’t in any way obtrusive, but they are enormously helpful while attempting to learn the game — several bosses in particular are designed around the idea of “baiting” attacks into particular parts of the screen to create safe spots for yourself, and the telegraphs are a huge help with timing this process.

As with Raging Blasters before it, Moon Dancer is immaculately presented, committing to a low-colour pixel art style that wouldn’t look out of place on the classic PC Engine. Two alternative mixes of the soundtrack are available: firstly a high quality full arrangement, and also a chiptune-style version for those who want to kick it fully retro. Both provide an excellent accompaniment to the speedy action, and helping to provide a sense of drama and variation across the game’s eight stages.

There are some really spectacular setpieces across the various stages, including numerous warp-speed sequences and a memorable section where you’re fighting near the Sun, attempting to avoid solar flares while fending off enemies. There are also several stages that make interesting use of light and shadow, requiring you to keep an eye on the glowing lights of enemies that otherwise fade into the background lest you find yourself with a face full of plasma at an unexpected moment!

The game features three distinct difficulty levels, each of which track your best score and feature independent online leaderboards, plus a three-minute Caravan mode for you to really show off your skills against a strict time limit. The latter was a standard fixture in the PC Engine games that Terarin clearly loves so much, so it’s entirely appropriate to see it in a game like Moon Dancer — plus it’s an addictive, short-form game mode that you can always have a quick blast on even if you don’t have half an hour or so to commit to a full playthrough of the main game.

A big question some might have is whether or not Moon Dancer is as accessible as Raging Blasters is. While Raging Blasters is still a benchmark for what an entry-level shoot ’em up should look like, Moon Dancer’s additional layer of complexity provided by the lock-on mechanic gives it a little less immediacy for newcomers — particularly since the scoring system is tightly tied to skilful, rapid use of this system. That’s not to say it’s a game you should swear off if you’re inexperienced, mind — just don’t expect a completely bump-free ride while you’re learning the game. There are sections which are rather unforgiving, particularly if you charge in without paying attention to what’s going on!

To put it another way, Moon Dancer is, appropriately enough, a good game to “graduate” to once you’ve got comfortable with something more straightforward and traditional like Raging Blasters. The core skills of paying attention to enemy attacks and avoiding bullet patterns will serve you well in Moon Dancer; you then simply need to layer the skill of effectively using the lock-on laser atop those fundamentals in order to see some success.

Veterans, meanwhile, will find plenty to love here; the harder difficulty levels put up a stiff fight with high-speed action and dense bullet patterns, and the Caravan mode provides potentially limitless longevity as you strive to attain the best possible score in that three-minute time limit.

It’s another winner from Terarin Games, then — and I hope it enjoys the success it deserves. Now how about a lovely boxed Switch release of this and Raging Blasters, hmm? 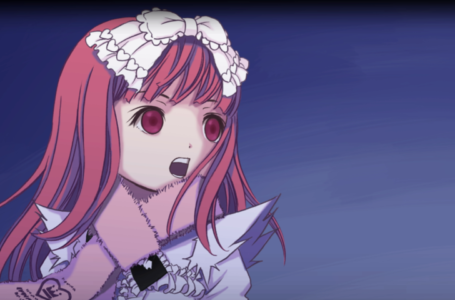 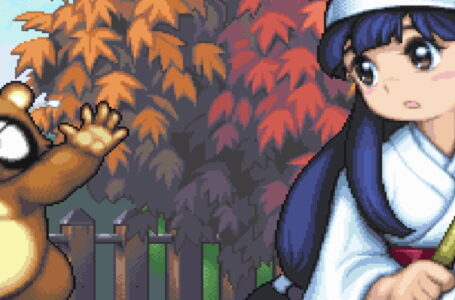