A core part of the arcade-style experience — not just in the shoot ’em up genre, but generally — is the matter of risk versus reward. Players need to feel like it’s worthwhile to take risks — and in order for that to happen, they need to be provided with suitable rewards. Akiragoya and Henteko Doujin’s Steel Vampire (known as Metal Mosquit in Japan) is an unusual shoot ’em up for PC which takes this concept and really runs with it.

As usual for the genre, Steel Vampire has a narrative that bears little to no relation to what actually goes on in the game itself. There’s something about blood-sucking machines (the titular Steel Vampires), the population of Earth falling to less than 200,000 people and a guy who climbed Everest without oxygen and was thus deemed too dangerous to live… I have no idea what it’s on about, but suffice to say it doesn’t matter in the slightest. Steel Vampire is a shoot ’em up in which you fly a great big ship and shoot the shit out of a variety of enemies.

And I mean shoot the absolute shit out of them. Your ship is heavily armed, and there’s a strong emphasis on dealing more damage to enemies by blasting them from point-blank range. By doing so, you get more points and shiny objects popping out of them, so you’re clearly intended to get as up-close and personal with the enemies as possible — and this risk-taking is encouraged by the fact that unlike many other shoot ’em ups, you don’t take damage from colliding with enemies, only their bullets.

And speaking of bullets, Steel Vampire further encourages risk-taking by providing clear telegraphs as to when each and every enemy is about to fire: a visible “glow” appears around them and shrinks until they set off their attack, so you always know exactly how long you have to take a foe out before they start hurling neon-coloured crap right back at you.

It’s a simple, sound, solid formula — and despite the default difficulty being described as “Very Hard” (with subsequent difficulty levels only escalating from there) the game is surprisingly accessible. It’s chaotic and, at times, quite overwhelming from a visual perspective — but it’s also rather forgiving, and allows you to take things at your own pace, up to a certain point, at least.

Notably, the game lacks a conventional lives system and instead provides you with shields. Initially, you can take three hits before a Game Over, but as you collect score items you’ll build up a meter which allows you to increase your maximum possible shield value.

On top of that, your shields regenerate over time, with additional regeneration occurring when you collect both heart-shaped gems and the medals occasionally dropped by enemies. These medals escalate in value with each one collected in succession without missing any — and higher-value ones are not only worth more points, but they also provide you with additional shield regeneration.

There’s also a bomb system known as VoBurn — again, this regenerates as you simply play the game, so can be used fairly liberally. The game’s tutorial makes a point of noting that VoBurn is best used aggressively as a means of attacking rather than as a last-ditch defensive weapon — in other words, try and avoid “panic bombing” and instead make good use of VoBurn to deal heavy damage over a large area when things are just getting a bit too overwhelming.

Like many other shoot ’em ups (the Aleste series is a good example), Steel Vampire features a “rank” system which determines the ferocity of the enemy attacks. This increases automatically over time, as you score points and as you collect red “Combat Data” pickups, but can also be reduced by using VoBurns, taking damage or collecting green Combat Data items.

At higher ranks, you can, of course, score more points and collect more items — but the enemy’s assault becomes much more ferocious in response. Thus, in order to succeed at Steel Vampire, you’ll need to find that perfect balance between an intensity level you can manage, and a good rate of scoring points.

You’ll note that above I described Steel Vampire as a game where you fly a “great big ship” — and that’s not an exaggeration. Your ship sprite is at least four times the size of player ships seen in most other shoot ’em ups, and thus you need to pay particular attention to where you are on screen.

That said, bearing in mind the fact that colliding with enemies does not deal damage to you, you can be a lot more aggressive than in many other titles from the genre. There’s a really satisfying feeling of power that comes from the combination of the sheer size of your craft and the laser death that comes spewing from both it and its outrider options — and it helps Steel Vampire feel notably distinct.

And this is a game clearly intended to be engaged with over the long term, too. Rather than simply providing a score attack experience that is the same each time through, Steel Vampire features a solid loot system, whereby enemies will occasionally (all right, quite often) drop weapon crates, with better crates being dropped at higher difficulty ranks. Between runs of the game, you can change the default loadout of your ship with these acquired weapons; in doing so you can both change the standard behaviour of your ship’s rapid fire and charge shot as well as how your outriders behave.

You can also use more powerful versions of the different weapons to make life a bit easier — though the bigger an advantage you give yourself in terms of equipment, the lower your scoring potential. Initially, while you’re just attempting to clear the game at all, you’ll want to give yourself the most badass loadout you can possibly acquire for yourself; then, once you’re comfortable with simply making it through the six levels, you can customise and tweak your loadout a bit more in order to increase your scoring potential while still keeping the difficulty at a manageable level for yourself.

On top of this, there’s also a persistent upgrade system whereby you can use material obtained both from runs through the game and breaking down unwanted weapon loot to provide yourself with helpful increases to your base abilities; using this system, you can increase starting shield level, regeneration rate and various other statistics in a further attempt to make things a bit more manageable for yourself. Thus, the more you play, the more material you can acquire and the more powerful you can make your ship — though again, bear in mind that the “endgame”, such as it is, is to maximise your score, which will require you to deliberately weaken yourself somewhat.

Steel Vampire is an excellent, unconventional shoot ’em up that is well worth taking some time to get to grips with. It’s a game that rewards continued play over the long term — and which is enormously satisfying and enjoyable in the short term. If you enjoy playing this kind of game very aggressively, this should be an essential purchase — and if you’ve been bottling up a bit of stress and are looking for a good outlet, this might be just the thing for you! Get blastin’!

Steel Vampire is available for PC right now on Steam. 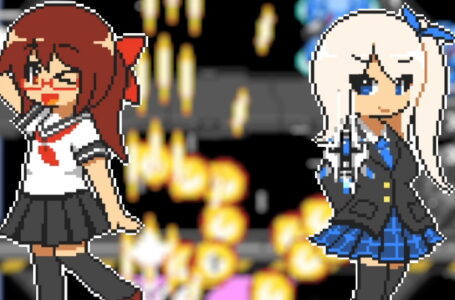 Blissful Death: the risk and reward of... 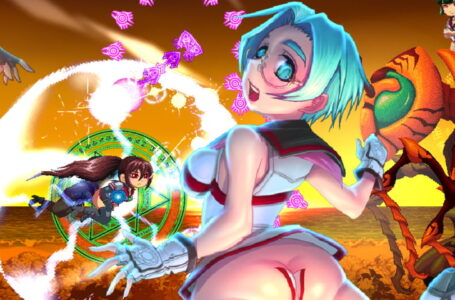