The existence of Clockwork Aquario is nothing short of remarkable. Originally designed by Wonder Boy creator Ryuichi Nishizawa back in 1992, Clockwork Aquario was originally intended to be Westone’s final arcade game — and one which pushed the limits of the Sega System 18 board on which it ran.

The game was originally intended to be similar to Wonder Boy III in particular, but with a greater focus on cooperative play; the fact that there are three playable characters is a remnant of the fact that Clockwork Aquario was originally intended to support three simultaneous players, but eventually Nishizawa and company decided that two-player action was more optimal.

The fact that the game never made it to release is down to a poor response on initial location tests in Japan in 1994. This can primarily be attributed to the fact that in 1994, polygonal 3D games and competitive fighting games had become the expectation for arcade games, and Clockwork Aquario’s cooperative 2D platform action just didn’t seem to have a place any more.

Ditching the project after two years of hard work doubtless wasn’t easy for Westone; as such, after this punch to the gut, the company chose to focus exclusively on console titles until they finally closed in 2013. And over time, Clockwork Aquario was mostly forgotten — though its rights were transferred to M2 after Westone’s closure, and 2006 saw a release of the music that composer Shinichi Sakamoto had put together for the game.

In 2020, Strictly Limited Games issued the surprise announcement that this game, once thought completely lost, would be launched in 2020 for Switch and PlayStation 4. The release would be the result of an extensive restoration project carried out by ININ Games and former Westone staff including Nishizawa, and would be one of the most ambitious efforts of this nature ever undertaken in gaming. Much of the original source code had been lost, some surviving files had become corrupted, and all they had to go on for sound was Sakamoto’s 2006 soundtrack release.

2020 came and went, and Clockwork Aquario didn’t surface; Strictly Limited and ININ Games said that the game had been delayed until early 2021, though there would be physical releases available for those who wanted to hold this “lost game” in their hands. But 2021 also came and almost went, with no further sign of Clockwork Aquario… until now.

Yes, it’s finally here; this “lost game” has been fully restored to the way it was originally intended to be, and it’s available for European players from November 30, 2021 and North American players from December 14, 2021.

There’s one big question, of course.

Was it worth it?

Clockwork Aquario is a 2D side-scrolling platform game in which you take control of one of three different characters — Huck Londo, Elle Moon or the robot Gush — and pit yourself against the evil forces of Dr. Hangyo, who wishes to take over the world. What follows is a series of colourful stages in which you (and, optionally, a friend) fight your way through waves of enemies, attempting to score as many points as possible as well as simply surviving the seemingly relentless assaults from hordes of clockwork aquatic creatures.

Huck, Elle and Gush aren’t completely defenceless. They can jump and attack, and enemies can be stunned by either hitting them with the aforementioned attack, jumping on them from above or headbutting them from beneath — though certain enemies have protection against one of more of these strikes, so you’ll need to be a bit careful.

Once an enemy is stunned, you can either strike it again to destroy it and earn points — with larger numbers of points earned for enemies being beaten in succession — or you can walk into it to pick it up. Once picked up, you can throw it to the side or directly above you and, as you might expect, there are plenty of convenient arrangements of enemies and bonus balloons for you to take advantage of this mechanic and score lots of points.

There’s another reason you might want to try and chain kills together, and that’s the fact that larger combos are more likely to drop pink gems, which add to a “One-Up” meter. Fill this and you get a very welcome extra life. Since the game picks up its challenge factor pretty rapidly — it is an arcade game at heart, after all, remember — you’ll want to take advantage of this feature as often as you possibly can.

Most stages feature several sub-areas that conclude with a locked gate; in order to proceed past this you’ll have to defeat all the enemies that come at you, burst as many incoming bonus balloons as you can or, in some cases, beat a sub-boss by throwing the smaller enemies it spits at you right back in its face.

Each stage concludes with a boss battle against Dr. Hangyo in some sort of ridiculous large aquatic-themed machine. These boss battles tend to have clear attack patterns and opportunities to deal some damage, though sometimes you’ll get lucky and nab an invincibility power-up, allowing you to charge in and simply slap the cheeky bugger into next week.

One nice thing about the restored version of Clockwork Aquario is that it’s possible to play it in one of several different modes rather than simply jumping headlong into authentically brutal arcade-style difficulty. A Training mode, for example, allows you unlimited credits but only lets you beat the first two stages, which is plenty of opportunity to get to grips with the game’s core mechanics.

Easy, Medium and Hard modes provide specific numbers of credits for you to try and beat the whole game. And the Arcade mode allows you to tinker with what would have been the original machine’s internal settings — including many of the rarely seen features from arcade service menus, such as bookkeeping pages and playtime histograms. This latter aspect is surprisingly intriguing for those who have never really thought about the “business” side of arcades in the ’80s and ’90s.

There’s also a gallery of concept art and illustrations for the game, plus the full soundtrack in both original and remixed forms — and much like ININ Games’ other retro rereleases in this style, there are some customisable screen filters for those who enjoy simulating retro CRT monitors when playing games like this.

Mechanically, Clockwork Aquario itself probably isn’t anything you haven’t seen before — or perhaps more accurately, it plays like a blend of different games you’ve probably seen before. It has the left-to-right scrolling progression of a classic platformer like Super Mario Bros., occasional branching paths and secret areas from games like Sonic the Hedgehog, the use of enemies to defeat other enemies from games like Taito’s Parasol Stars and Jaleco’s Rod Land — and clear influences from both the shoot ’em up and beat ’em up genres in terms of overall level structure and pacing.

While you’ve almost certainly seen all of these individual elements before, Clockwork Aquario combines them together with grace and style, and wraps the whole experience in trademark colourful Westone style. It’s fun to play, charming to look at and, perhaps most importantly for the fact that we’re playing this at home rather than in the arcades, feels eminently fair.

Make no mistake, it’s not an easy game by any means, even on its lower difficulty settings — but it never presents you with the demoralising feeling some arcade games have, where it’s obvious the game has been tuned more to extract the maximum amount of money from its players rather than providing them with a satisfying and enjoyable experience.

Was it worth the wait? Absolutely; a restoration project of this magnitude is worthy of note, if nothing else — but when the final game ends up being a lot of charming fun on top of all that, then yes, it most definitely was worth the wait.

Go in with the appropriate expectations — that you’ll be playing an arcade game originally designed in 1992, rather than a brand new game from 2021 — and you’ll have a blast. And on top of that, you can feel suitably good about yourself for helping support game preservation efforts, too. In this world where more and more games are at risk of one day being lost to the digital void, these are efforts that are becoming increasingly important.

Clockwork Aquario is available on Nintendo Switch and PlayStation 4 in Europe from November 30, 2021. The North American release will follow on December 14, 2021. Thanks to ININ Games for the review code. 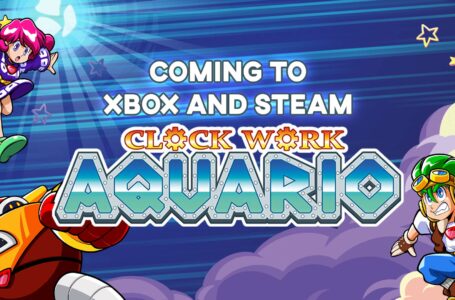 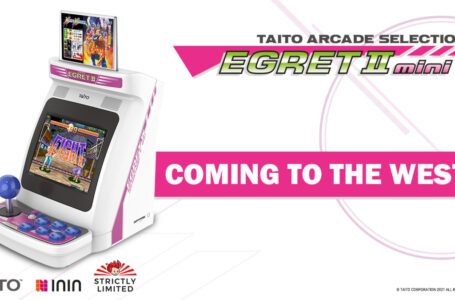 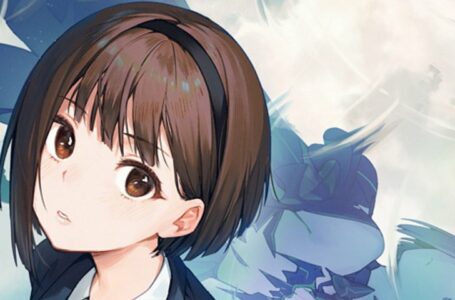