In a game that promotes communication as its only gameplay mechanic, Kind Words has a basic set up that its creator Ziba Scott develops into a video game that has become an important safe space for well over 4,000 individuals. Set in the comfort of a cozy room very similar to Crystar’s bedroom “hub world” of its leading lady Rei (both equipped with a cute pet too), the never ending gameplay of Kind Words is the sending and receiving of letters.

After writing what I did for Coffee Talk in our 5 Chilled Games to relax to, I spoke highly of its dialogue and situations its characters experience which are often relatable and relevant to the player. Kind Words furthers this emotional relevancy in a video game to create a platform where gamers can write out their own thoughts, feelings and concerns and then receive feedback, guidance or support from its other players. This has created a small, loyal and extremely caring and considerate community since its release of September last year, and a way for many of us to feel and gain even more from a video game.

You are greeted by the game’s postdeer, a literal talking deer who delivers your mail and sends off your responses back to the anonymous senders. He prompts you to send out requests by suggestions, and shares with you the player’s gratitude, sometimes in the form of stamps if the player chooses to answer back with a reward. The stickers you can unlock through responses with others and a playlist with unlockable tunes depending on how often you sign into the game can be viewed as the only achievements of the game. But the key aspect and reason to keep coming back to the game is simple; it’s fulfilling.

Ziba Scott, when discussing why he made his creation into a game referred back to an earlier work of his; Elegy for a Dead World. Elegy had gamers write their own poems, and it proved to be a popular aspect of the game, but there was only one problem. With how many players the game had who contributed their own written pieces, how many who would read through the overwhelming amount of available poems were far fewer. To combat this, the give and take element of Kind Words comes into play, as by players responding to messages, they are rewarded with stickers, gratitude with a response, and a reply to their own messages. Furthermore, Kind Words is only accessible with payment, creating a secure environment where people who want to be there will be involved. This makes for a form of commitment from its players to not only make the most the game has to offer, but to also keep returning to.

The look of the game not only enforces the fact that it is a played experience, but as someone who used Tumblr as a safe haven for expressing not only my own thoughts and feelings but also keeping my inbox open to anonymous messages for anyone to seek advice or simply a supportive response, Kind Words offers an even safer and secure place when your mind is feeling less than relaxed. Bring into the fact that its creator takes absolute care and consideration in the very few trolls that have surfaced in the game with a warning or ban (12 in total as of July 2019), alongside an explanation, are all very comforting factors. This is made possible by a report function that connects with Scott’s inbox directly, with many Kind Words players being on the ball in reporting to maintain a safe and supportive community.

Not only is the sense of community strong and tight in Kind Words, but it plays as a modern day take on pen pals, albeit limited. The limitation on communication by sending letters, responding to letters, and receiving a thanks is its one and only structure, but this is central to maintaining the kindness of the game, as no malicious message will receive a response. Those who intend to hurt the player base will therefor get nothing by paying for the game.

By covering Kind Words, I hope this encourages anyone who feels gravitated towards it to join its community. Scott has mentioned how he created the game after stressing over the current state of the world, specifically in America, Boston due to people’s “cruelty and indifference” with one another. This feels even more significant in today’s climate, what with many of us still feeling lonely due to self-isolating and having to maintain a safe distance from one another. Ever since I stared playing Kind Words last year, I have personally not experienced any malice, and it has become a part of my daily activities. Kind Words has and will always stay close to my heart, and I thank not only Scott for its creation and consistent maintenance, but each and every member of its community for making Kind Words be another place I can call home.

The retail price is only £3.99 on Steam, so if you can’t afford it for now, do keep it on your wish list. You’ll be sure to receive a warm welcome.

For more information of the development of the game, be sure to check out Rebekah Valentine’s article in which I referred to throughout. 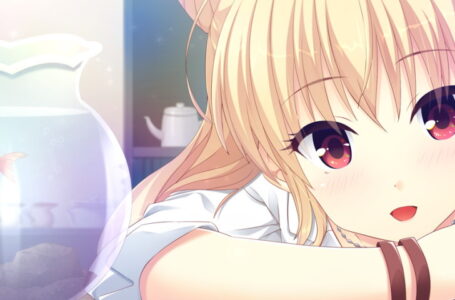