Devil May Cry is one of my favourite series’ and so an artbook covering the first four games in the series was a must read for me, and it doesn’t disappoint.

Udon are possibly best known for their artbook translations and releases although they also publish manga and other works too, but if there’s an artbook for one of your favourite series’ available then there’s a good chance that you’ll find the Udon logo floating around. There’s a separate release for the latest DMC game and this artbook only focuses on the Capcom-developed titles (when Dante still had white hair), and so it was with excitement that I delved behind the scenes to see the work that went into making one of my most beloved series’ great.

The books name, 3124, refers to how the story plays out chronologically and so the artbook begins with Devil May Cry 3: Dante’s Awakening which many agree is the best title in the series. As with any artbook worth its salt, there’s plenty of promotional art and concept art to keep you busy, along with little notes as to why members on the team went forward with their decisions and how it could positively impact the series. It’s all very interesting and where the stylish combat is so prevalent and focused on in the series, it’s nice to see it’s stellar artwork not be overlooked. I’ve reviewed this book via a PDF which, admittedly, is a tad uncomfortable but it fortunately doesn’t negatively affect the content. Some of the concept artwork is hugely interesting to me, especially when it comes to character design and devil trigger designs(Dante, Nero and Vergil’s devil forms), as some characters went through drastic changes such as Kyrie from DMC4 who, though she always had a look that reflects her religious side, looked almost Victorian at one point. Nero who already looks very similar to both Dante and Vergil due to their relation went through a lot of work to stand out too, with him once sporting a look that mimicked Vergil a lot more than his final design which resembles Dante more.

It isn’t only characters who’ve gone through a few major changes, it’s the weapons too. DMC games feature a variety of weapons that range from swords to guns to gauntlets, and a lot of the time they’re based on the boss that you’ve defeated to acquire them. It’s interesting to see how changes in one affects the other, which could be best seen in Angi & Rudra from DMC3 as their heads are already part of their weapons when you battle them. The standard enemies went through a lot of changes too and it’s evident how the tone of the games changed as the series progressed, with the first two games being fa darker than the rest with a more solemn Dante, and the rest featuring a light-hearted and witty Dante. The enemies became much more colourful too.

There’re some insightful tidbits which talk about what goes into creating a character, weapon or enemy and why they’ve gone with the designs that you see in the games today. Many Devil May Cry fans are aware that the series started out as a Resident Evil title, but was later changed to be a new series entirely after it turned out that it wouldn’t fit in as a Resident Evil title that people would want – thankfully, both series’ have had several popular installments which breaks my heart when Capcom say that they currently have no plans for Devil May Cry. Sadly, I can’t talk about the physical quality of the book but it’s likely to be top-notch if it’s anything like Udon’s previous releases, and I can’t say PDF would be my first choice for checking out an artbook as I found it to be slightly uncomfortable and much more clumsy to navigate – with a book, everything is at my fingertips but it’s a lot more hassle on a computer where it’s difficult to have a whole screen on the page if you want to see everything in detail or read any text.

I can easily recommend Devil May Cry 3124 to fans of the series who’d like to delve behind the scenes and into the minds of the people who brought the games to us. A lot of the artwork you’ll likely be familiar with as a big fan but the concept art is exciting to see and Devil May Cry is a series that definitely deserves an artbook spanning the majority of its releases. I’d recommend getting the printed version and I’m certain it’s a book you’ll love seeing on your shelf – and in your hands! 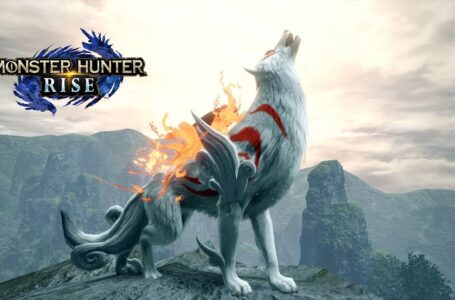 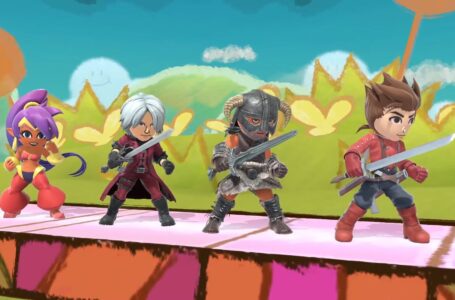