Digimon Adventure tri.: Loss is the fourth of six movies and whilst I’ve raved about the other three, which improved with each installment, Loss is the weakest so far due to how little it furthers the plot. With how the previous movie ended though, this was always set up to be a slow movie.

After the events of the third movie, the Digimon have been reborn and have lost their memories of their partners. Much of Loss sees the Digi-Destined attempt to bond with their respective Digimon once again, but Sora is the only one who’s having a rough time of it. Biyomon isn’t interested, and so much of this movie focuses on these two. Other than this more intimate plotline, a few details on the overarching narrative comes into play with the Dark Gennai revealing himself to the Digi-Destined, showing that the worst is yet to come.

Dark Gennai fails to show just how much of a threat he is here, especially as he spends most of the movie battling against rookie-level Digimon.

I’m not a big fan of Dark Gennai. I think having a villainous version of a much-loved character from the original series is a great idea, but in this movie the antagonist is uncomfortable. Why do villains insist on licking the protagonists in a show of power? It’s a weird way of showing someone to be evil, and it makes them almost comical. Dark Gennai fails to show just how much of a threat he is here, especially as he spends most of the movie battling against rookie-level Digimon.

Loss looks and sounds the same as previous installments, with little change to the visuals, soundtrack or voice-acting. The Digivolutions take up more screen-time this time around, sadly, and the action isn’t quite as good as in the previous movies. One of my favourite Digimon makes an appearance this time around, but they achieve very little – even going so far as letting the featured Mega Digimon be sorely wounded by a rookie-level Digimon.

Loss feels as if it’s trying to tell a lot of story but it does so in a slow, roundabout way, and by the time it’s over it feels as if very little has come to light.

Loss feels as if it’s trying to tell a lot of story but it does so in a slow, roundabout way, and by the time it’s over it feels as if very little has come to light – and that hurts to say as such a big Digimon fan. Tri‘s greatest battles have been in the Digi-destined and their partners overcoming their own weaknesses and Dark Gennai is, sadly, generic and doesn’t make for a good villain. Big things are teased for the next entry though, so I’m looking forward to it being as engaging as the first three movies because Loss feels, well, lost. 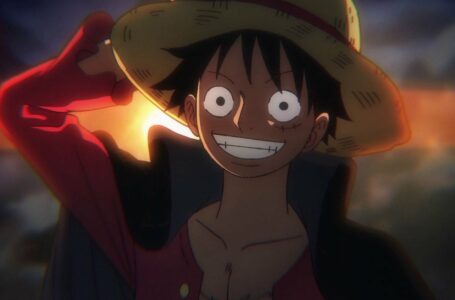