It was a long time since I covered the last doujin title, so this time we will take a look at another Touhou game, Endless Alice Crysis. This is a simple side scrolling action platformer. You are bound to a small loopable level and your task is to survive as long as possible while killing all the enemies that come in your way.

Alice can shoot, jump, slide and launch destructive bombs. She shoots by throwing a barrage her of puppets at enemy mushrooms. Enemies are very slow and the majority of them can be taken out in a hit or two. While they might seem like a push over it’s by sheer overwhelming numbers that they manage to be a threat. New mushrooms grow from literally beneath your feet which forces you to constantly keep moving. Mushrooms range from Blue, Green, Red, Yellow and Black, each of which have their own movement logic meaning you will have to learn how to dodge each type.

Like in every short and simple game the focus is on getting a high score. To get the most points possible you will have to make use of the score multiplier. Every time you kill an enemy before the timer runs out your multiplier increases by one, do this and you will be raking in points by the millions before you know it. The game also features a chain system. Every enemy you kill explodes. If the explosion manages to hit a nearby enemy it will also kill him resulting in a chain reaction and higher score. It may seem like a good idea to ignore your enemies until they multiply enough for you to do a massive chain clearing the screen but this is where another element of Endless Alice Crysis comes into play. You have to constantly keep watch of a circle around Alice that depletes every second. Every time you kill a mushroom or pick up something this bar will fill up, but if you wait too long it will deplete and keep draining your HP.

The game is extremely fast paced and completing a level is quite rewarding. You aren’t instant killed but instead each hit depletes a chunk of your HP. This HP is only partially restored after each level, forcing you to fight carefully.

The graphics are cute and very detailed. Alice looks adorable and the portrait in the bottom right corner is really well done, showing a lot of emotions when something specific occurs on screen. The effects are very good especially when the you manage to connect a big chain of enemies on screen.

Endless Alice Crysis is an enjoyable little title. It has charming graphics, fast paced action and enjoyable chain system. And while it may not keep you entertained for hours and hours it is still more than enough when you need to sit back and relax for a few minutes. 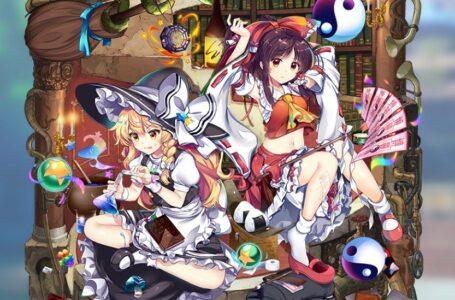