I’m a Dragon Quest fan but not particularly a fan of building things in games but, as you’ll read in my Dragon Quest Builders review, this game pulled me in and made engaging fun out of something I’ve never really found enjoyable – crafting. Builders got its hooks in me and I was in no rush to pull myself away!

Your character awakes deep underground as the Goddess of the realm gives you a quest that only you can manage – to rid the eternal darkness from the land of Cantlin and other areas, and to rebuild the world to its former glory. Citizens have forgotten how to build and as the only person with the ability, it’s up to you to get working as the world isn’t going to rebuild itself! I’m thankful that Dragon Quest Builders provides clear goals as well as giving me the freedom to do what I want as not only do I get to experiment, but I never feel like I’m aimlessly doing something as there’s always a quest to do. Builders got its hooks in me and I was in no rush to pull myself away!

I won’t go too into detail but at the start of each chapter, you have to build an entirely new city and you lose all of the items you will have collected – this is pretty time-consuming but as you learn more from your previous settlements, it’s a breath of fresh air to build a city that’s more how you want it to be. NPC’s are colourful and have plenty to say, and the general atmosphere perfectly reflects that monsters are constantly trying to destroy your homes. Anxiety is high, there is clear tension between some characters and it does feel rather real – the story moves along at a nice pace and despite there not being heavy character development, it’s easy to care for these characters.

Dragon Quest Builders is accessible, easy to understand and even easier to stay up with until the early hours of the morning, and it’s been an addicting, fun experience. The combat is very different to traditional Dragon Quest games in that it’s not turn-based but instead you switch between various weapons and equipment and hit triangle to attack an enemy or dig up items. Other than choosing weapons which are more effective against certain enemies, you’ll be able to fly by just hitting triangle – don’t worry, it isn’t boring at all and some monsters will still find themselves victorious in battle! Thankfully you just respawn back at your base, but not without losing some items. It’s been an addicting, fun experience.

You’ll have to put your exploring boots on as you’ll be searching high and low across vast islands to dig up and collect the items you need. Some items may be found underground whilst others may be dropped by specific enemies, but regardless you’ll be adventuring through in-game days and nights to fulfil quest requirements and build a town that isn’t flattered by relatively weak enemies. Managing inventory is easy and you can ‘tidy up’ with square which puts all relevant items together, and you can build chests that allow items that won’t fit in your inventory to go straight back to base. One issue I do have is that despite knowing what to do to complete a quest, you may find yourself stumped because you’ve not done something exactly as asked – I was asked to modify a workshop but because I put a forge in there, the quest wouldn’t complete. Once it was completed, the NPC then asked me to put a forge in there – he’s lucky he wasn’t put in the forge!
;
The visuals invoke Dragon Quest’s spirit with character design inspired by legendary artist Akira Toriyama (he designed some key art for the game) and the world, with all its colour and ever-changing scenery is worth exploring. It runs smoothly and I experienced no technical hiccups other than the camera being a bit awkward when inside of a building completely with roof and walls, but otherwise it’s a joy to see as much as it is to play. You’ll recognise plenty of familiar monsters from the series and this may be the best that they’ve ever looked! There’s close to no spoken dialogue but fans will enjoy familiar tunes and whilst I’m not as knowledgeable with the series as I’d like to be, there may very well be some new ones in there! Its colour and ever-changing scenery is worth exploring.

Dragon Quest Builders is a game I was looking forward to despite being apprehensive on whether or not it would be a game for me, but I can confidently say that this is a brilliant game that’s well worth sinking the dozens of hours into that it provides – the story is already lengthy but then there’s free play mode to craft ’til your hearts content! Dragon Quest games may not tend to sell very well in the West but Dragon Quest Builders will be one of two things – it’ll either be worthy of its success or a sleeper hit that you should awaken yourself to. I’m thankful that Square Enix brought this over and hope it performs well because it really does deserve it. 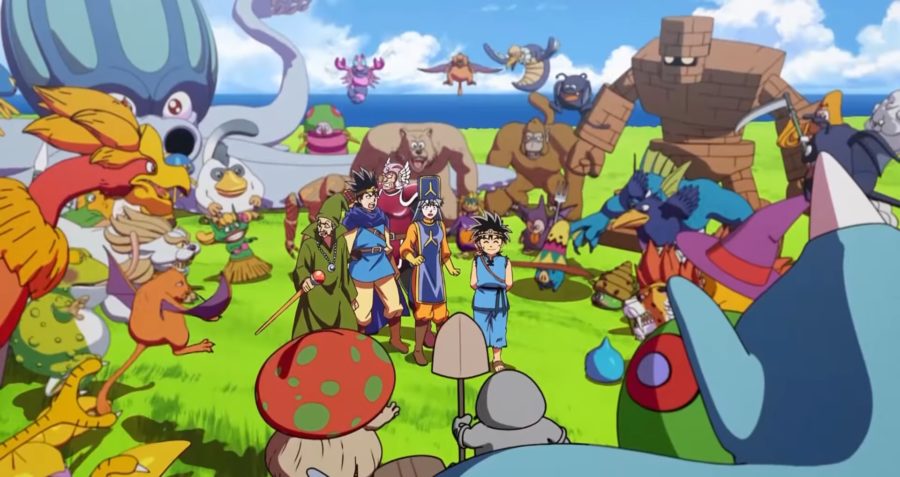