Dragon Quest Heroes II follows fresh faces Teresa and Lazarel, cousins and knights-in-training, as they’re thrust into a journey to stop the seven realms from waging war over an ancient prophecy. Forming an unlikely band of “heroes” from the other kingdoms, they set off to find out how to stop the war.

As expected, the banter is hilarious, and the characters are so likeable that picking your main team of four is a struggle. The new characters fit perfectly into the established Dragon Quest universe. It’d be great to see them return in another entry in the series. Undeniably one of the best Musou games.

There are a few additions which help this sequel stand out from its predecessor, notably that there’s a vast open-world to traverse rather than jumping from mission to mission. This means that there are dozens of side-quests, better opportunities to grind your stats, and a whole lot more items to find and locales to see.

Other than that its strong mechanics remain mostly the same where you’ll use face button combinations to perform light and heavy attacks, with special moves being attributed to a shoulder button and corresponding face button — you’ll find yourself slashing your way through hundreds of enemies in no time. If things get a little too hairy then you can use the block and dodge function to protect yourself, and skill points can be used to bolster health, strength, defence and to learn new abilities. You can use a special tag move to swap to another playable character and deal massive damage at the same time. There aren’t any notable big additions past the open-world but it’s still solid, engaging and plenty of fun!

What makes it undeniably one of the best Musou games is its tight story, large variety of enemies and missions and its ability to juggle these whilst keeping at a decent pace — missions don’t drag like they do in some other Musou games. This is another triumph for Omega Force, and one they’ll hopefully learn from for future Musou titles. The series’ distinctive art style looks as wonderful as ever.

The in-game engine is impressive, and there’s a vast amount of cutscenes used to coherently tell its story. Everything looks great. The CGI cutscenes are outstanding. There’s certainly no skimping on the visuals. It’s a colourful experience with plenty of familiar faces and fan-favourites such as Jessica Albert, Torneko, and the series’ mascot slimes. There are some framerate drops when things get a little too hectic (as you might expect from a Musou game) but for the most part it runs smoothly, looks gorgeous, and the series’ distinctive art style looks as wonderful as ever. Famed artist Akira Toriyama’s artwork translates well to 3D, and he designed both the new and returning faces.

It isn’t quite Dragon Quest without an abundance of European voices and they’re equally pleasing and humourous here — again, some of the banter is genuinely laugh out loud. They add to the overall atmosphere and environment, and it’s easy to fall in love with its mix of accents. Many memorable tunes appear from previous games, as well as some new ones and remixes for this title, and I’ll never grow bored of the main Dragon Quest theme — even at the age of 86 Koichi Sugiyama is composing unforgettable music!

Even at the age of 86 Koichi Sugiyama is composing unforgettable music!

Dragon Quest Heroes II takes everything great about the first game and makes several improvements, leading to a far bigger game than before. The story flows nicely, there’s plenty of content and the Dragon Quest’s personality shines brightly, and no fan should miss out on this celebration of the series. It’s one of the greatest Musou titles available and I hope that we’ll see a Dragon Quest Heroes III one day. So journey forth young warrior, for the seven realms need saving! 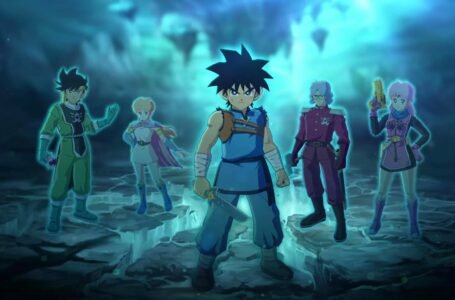