The beloved Dynasty Warriors returns with an open world setting, but for better or worse? This move to an open world is undoubtedly the biggest change to the series, though not the only one. Each Story chapter takes place on the same map, a huge area with open plains, snow-capped mountains, lush forests, towns, and castles.

At first the map is covered by the fog-of-war, but can be revealed by touching landmarks and climbing watchtowers. The scale is impressive, and taking a moment to survey the vast open land around your current position can be very rewarding. Fast travel is an option, and mounts now have an auto-run option helpful when covering large distances to the next objective.

The open world setting allows us to see the geography like never before.

The best moments for me so far was the taking of Hulao gate, one of the most recognisable events from the series’ past. While fans are used to the events of Hulao gate, the open world setting allows us to see the geography like never before: Luoyang to the West, where the enemy Dong Zhuo is camped out, and the mighty Hulao gate standing firmly in the road before it, with Yuan Shao’s coalition forces assemble from all across the map marching to take it.

The map showed the progress I had made capturing outposts on the war path to the epic battle. Hulao Gate itself was a larger structure that we’ve seen before, and skirting around to the North to avoid Lu Bu felt like a meaningful tactical move given the scale.

The gaps between outposts and objectives are often bleak paths.

Unfortunately, while the open-world can on occasion give the sense of grand strategy warfare, in practical game terms this boils down to setting an objective, fast travelling to the nearest outpost, mounting a horse, and then setting it to auto-run until reaching the destination.

The gaps between outposts and objectives are often bleak paths with scant resources and a large amount of game time is spent riding along roads alone in pursuit of the next thing to do. The large scale, intense battles of Dynasty Warriors are now small skirmishes you just end up spending ages riding between.

Side quests are completely void of character.

Aside from main quests that progress the current story, players can undertake side quests from NPCs, usually available in larger towns, with the reward of currency and materials. Unfortunately, side quests are completely void of character, and boil down to “kill enemy force just over there”, “give an amount of materials to this NPC”, or “defeat groups of animals just over there”.

Unlike optional questing on other open world titles, these quests add little to the lore of the current battle, environment, or character and by the second chapter I had given up completing them altogether.

Changes to the core Warriors combat system comes in the form of trigger attacks; powerful moves that can break an enemy’s guard and exploit their vulnerabilities, and reactive attacks; timed skills that changed based on enemy actions. By adding elemental gems to certain trigger attack slots on a weapon each attack can have additional effects.

I found most of the time I was using reactive attacks to finish off enemies, usually after performing an air juggle, or even by anticipating an attack from the side while facing another enemy. Characters will also charge at enemy groups when in proximity, making the space between groups a lot smaller than in past versions. It’s not quite the hyper attack of Samurai Warriors but does increase the pacing of battles in a “more realistic” way.

Wild animals prowl in the forests and mountains between the beaten path and offer hunting opportunities for the player. The bow is most effective against animals (handy, since it provides little use against human enemies) and players can sneak up on herds/packs/dens and hunt them from afar. A currency associated with animal hunting can be used to trade for recipes, furniture, and other items.

Players can also grab a rod and some bait for some down-time fishing in most bodies of water. As enjoyable as both hunting and fishing can be, both activities seem a bit out of place in a Dynasty Warriors game, where all around armies are engaged in war and the player is supposed to be controlling a great warrior.

This really hits home when warning messages about the defeat of allied officers are displayed on the screen while you’re busy reeling in a carp. It’s a nice first step into optional activities for the series, but could have been better implemented to reflect the environment. For example, instead of taking a moment to fish in a nearby lake, capturing a dock or fishery from the enemy could have provided supplies.

And there’s no getting around it, the English voice over in Dynasty Warriors 9 is not good. I know, I know, this isn’t completely unexpected, but the majority of spoken dialogue is so poorly read so that cutscenes are jarring and sometimes unpleasant to sit through. Some of the old games had goofy voice acting but in a way that now feels retrospectively fun. It just doesn’t play in 2018, and feels like the actors had little or no voice acting direction.

But probably the biggest disappointment with Dynasty Warriors 9 is the absence of any sort of multiplayer. As far back as I can remember, the Warriors titles have been great co-op games, allowing players to focus on separate objectives or team up to take down a particularly difficult opponent. Couch co-op is a greatly missed feature in this instalment, and would have been a neat way to cover up some of the downsides in the open-world design. Here’s hoping future open-world Warriors titles will have multiplayer re-implemented, in some capacity or another. We’d rather Omega Force just stuck to what they’re great at: making excellent hack and slash games. And Dynasty Warriors 9 isn’t one of those.

The dedication to designing an open world ends up just getting in the way of all of the things that made previous entries in the series fun. It’s not the worst game in the world — it has some moments that elicit previous feelings of glory — but it’s also not that great a game either. The open world could eventually end up yielding better results, but at this point we’d rather Omega Force just stuck to what they’re great at: making excellent hack and slash games. And Dynasty Warriors 9 isn’t one of those.

Parallel
As a gamer, I'm driven mostly by the narrative of a game, but the artwork and sound-design can also have me captivated in a title. I don't limit myself to any genre: RPG, strategy, adventure and simulation being my favourites. I usually stick to playing mainstream releases but I have, on occasion, dipped my toes in the deep river of Indie titles.On top of this, I'm an avid Square Enix fan-boy - I even love their rubbish games.

Latest posts by Parallel (see all)
Spread the love! 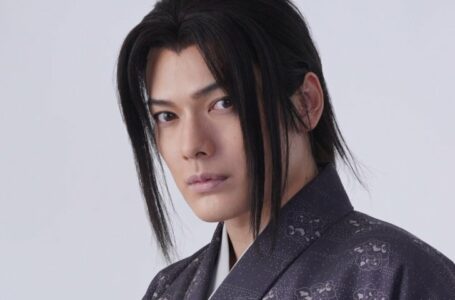