It’s a big time of year for new announcements, it seems. Not only has the recent Anime Expo 2022 showed us a variety of cool new things from the anime industry in general, plus specialist publishers like JAST USA and MangaGamer, but we’ve also got a new eastasiasoft showcase to enjoy.

eastasiasoft puts these out pretty regularly, and it’s a good way to stay up to date on the projects this prolific localiser-publisher has in store for us. Plus collectors can doubtless count on there being some lovely Asia-English limited editions of at least some of these released via their partners at Play-Asia in the near future!

Let’s get the showcase and see what’s what.

This is the first of a series of follow-ups to the Clock Tower-inspired Sense: A Cyberpunk Ghost Story, developed by Suzaku Games. SENSEs: Midnight swaps the side-on 2D action of its predecessor for full 3D retro survival horror-style gameplay inspired by classics of the genre; expect fixed camera angles and tank controls.

The footage for this one looks distinctly Project Zero/Fatal Frame-esque, which is absolutely no bad thing, but the neon-soaked futuristic angle provides an interesting twist on a genre that more commonly features horrors from the past. It looks as if combat will be minimal, too; the trailer makes it appear that there will be more of an emphasis on hiding from the things hunting you rather than fighting them directly.

SENSEs: Midnight will initially release on Steam, but eastasiasoft is working on console versions for later this year.

Quintus and the Absent Truth

This mystery adventure sees you switching back and forth between the perspective of a man whose daughter has gone missing, and a mouse named Quintus. In order to solve puzzles, you’ll need to make use of both perspectives to your advantage — the pair will need to cooperate in order to manipulate the environment and overcome obstacles together.

The game features an unusual visual style somewhat reminiscent of the work of Jean “Mobius” Giraud — lots of pale colours with strong outlines make for a distinct look and feel.

Quintus and the Absent Truth is coming to Switch, PS4/5 and Xbox platforms on July 6, 2022.

If you enjoy classic western-style dungeon crawlers, this one is sure to scratch an itch. It’s actually a remaster of a game that was originally released in 2016 and had a distinctly retro feel even back then; it’s clearly deliberately designed to look and feel like classic PC games from the early to mid 2000s, though this new version lets you do so in ultra HD!

The new remaster will be available on PlayStation 5 and Xbox Series Whatever on July 8, 2022. The original version is already available on Steam, Nintendo Switch, Xbox One and PlayStation 4.

Puzzler fans — particularly those who grew up with Deflektor on C64 and Amiga or Brain Bender on Game Boy (recently rereleased on the Gremlin Collection 1 cart for Evercade) — will enjoy this abstract game, which involves reflecting lasers around until they reach their target.

There’s a story justification for what you’re doing, but all you really need to know is that this one will likely melt your brain once you’ve cleared the easiest levels — well, if similar games from the past are anything to go by, anyway!

The boys (who dress like girls) are back in town in the second installment of eastasiasoft’s original spinoff of the Pretty Girls series, Otoko Cross. The characters from Otoko Cross: Pretty Boys Mahjong Solitaire return with some all-new outfits and classic Klondike Solitaire (that’s Windows Solitaire to most people) gameplay.

There are multiple difficulty levels to play, plus a variety of outfits to unlock — plus the inherent nature of Klondike Solitaire means that there’s plenty of replay value here, particularly with the addition of arcade-style mechanics such as assists, combos and a scoring system. And yes, there’s an uncensored naked mode in this one, like its predecessor, for those who enjoy digital willy action.

Otoko Cross: Pretty Boys Klondike Solitaire will be available on Steam on July 14, 2022. Console versions of this and its predecessor are planned for later in the year.

This one’s a side-scrolling adventure game where you play a monk attempting to uncover the truth behind his monastery. Ultimately, you’ll need to stick to your monkly ways and refuse temptation in order to prevent a young woman’s soul from being sacrificed to dark forces.

This atmospheric horror adventure features a distinctive hand-drawn art style, and has the potential to tell a thoroughly intriguing story, for sure.

This pixel-art action game casts you in the role of a hunter in a flame-retardant hazard suit as they fight their way through a variety of environments, setting fire to anyone and everything that stands in their way.

Our hunter is a mobile little chap, being equipped with a jetpack that allows him to fling himself around the areas with gay abandon, and a range of fiery weapons let him fight back against the powerful foes he’ll be up against. There’s a strong survival element, too, as you’ll need to manage your resources in order to keep fighting.

It’s not just about hopping from platform to platform, either; there are puzzles to solve along the way, too, and those mannequins just might be the key to solving the mysteries ahead of you.

Back Again is set to arrive on Nintendo Switch and PS4/5 in August of 2022.

The long-running Pretty Girls series continues with another new installment, this time making use of the “Calculation” or “Four Kings” ruleset. This is a game where you have to place cards on the table in a set order — four foundation piles require you to lay cards down in a sequence of 1s, 2s, 3s and 4s respectively, with the pile being considered “complete” when it reaches a king.

Four Kings is less well-known than other forms of solitaire such as Klondike, Spider and Freecell, but the presence of the Pretty Girls is sure to provide plenty of incentive to learn what’s what, particularly since the game seems to have a similar level of polish to the recent Pretty Girls Speed — plus a ton of characters and outfits to unlock.

Pretty Girls Four Kings Solitaire is coming to Nintendo Switch and PS4/5 in August of 2022.

After witnessing the theft of your family’s magic book, you’re visited by your grandfather’s ghost, who compels you to set off on a quest to recover it. This pixel art adventure features a combination of top-down and side-scrolling sequences, plus minigames to engage with as you travel around the game world.

The game is clearly intended to be a nostalgic experience for those who enjoy classic Zelda titles, but it’s also been designed to be accessible for newcomers, too.

Book Quest is set to arrive on Switch, PS4/5 and Xbox One/Series boop later this summer.

Sword and Fairy: Together Forever

This action RPG is part of the long-running Chinese series that we’ve just started seeing in the west in recent years. There’s a variety of different characters to play as, and a deep story to explore — plus some absolutely beautiful visuals to enjoy.

The game features real-time combat where you can switch between characters on the fly, explore interconnected environments and even raise cute little monsters.

Sword and Fairy: Together Forever is coming to PS4 and PS5 on August 4, 2022 digitally, and physical versions are in the works for North America and Europe.

So there you go! Exciting stuff, to be sure — and there’s absolutely something for everyone to enjoy among this lot. What are you most looking forward to seeing more of? 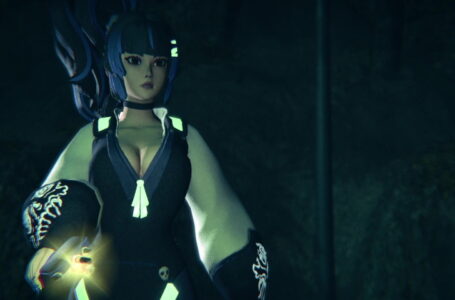