Coming as the main highlight of Nintendo’s E3 presentation, Super Smash Bros Ultimate has been confirmed to be landing in December this year, but after their claim that ‘Everyone Is Here’, it led me to thinking about what isn’t here (so far) that I would like to be. So, I’ve made a little list of eight things I would like to see in the upcoming Switch title; this might land me in hot water, but here we go …

Isabelle Added As A Fighter I wouldn’t have suggested this before the fourth and fifth games in the series; but now that we have Villager as a playable character, that should really have opened up the gates to more characters from the Animal Crossing series, and no one exemplifies hard work and diligence than the perfect shih tzu princess, Isabelle.

She works so hard and is barely appreciated for it, and we now know that she has a vindictive streak after her stint in Mario Kart 8 and its Deluxe edition. I could see her Smash Attacks being based on her mayoral assistant duties and her Final Smash being her finally losing her patience over the continual ineptitude and abandonment of the mayor, resulting in a fiery rage blasting everyone skyward. By the time that Super Smash Bros Ultimate is releases, the Nintendo Online service should be live, so all players that wish to go online with Smash will need a paid subscription to do so. As such, and I cannot impress this enough, there needs to be a decent and consistent online experience on day one for this game.

I play a lot of fighting games, and even a lot of the big guns seem to get this wrong (especially in recent times – looking at you, Street Fighter V). This is especially needed with a game like Smash in which there are so many variables in a match what with dynamic stage hazards, items and Assist Trophies messing with the fights. In terms of NES legacy characters, the only thing the roster of Smash Bros is missing now (excluding the Excitebike rider as he had his limelight in Mario Kart 8) is that little guy in a cap floating in a way that defies physics through an obscure aerial landscape that defies belief … That’s right, the adorably awful Balloon Fighter.

Sure, he’s in one of the NES titles that has aged the poorest and has since built a mild reputation of dislike, but I wouldn’t count out the plucky lightning-dodging fool. He could remain in air indefinitely unless taking a hit, and have an extensive in-air move list that is greatly diminished on land. Furthermore, his Final Smash could be a series of balloons that would all explode simultaneously, causing general 8-bit chaos.

Bring Back the Level Editor This seems like a bit of a no brainer, but Nintendo should really bring back the simple stage creation tools in Super Smash Bros Ultimate. As the Switch has a touch screen, alike the Wii U GamePad, it would be as intuitive as the Wii U edition was from a creation standpoint; also, then the number of stages increases exponentially as a result.

There was a element of mystery to playing Smash for Wii U at a friend’s house and so allowing them to pick the stage as they’re the host. Then, them slowly moving the cursor over to the custom stages and picking whatever phallic monstrocity with incredibly poor planning they had created for you to attempt to play the game on. Ah, the good old days. As possibly the only truly sensible character request on this list, and with great reason. ARMS is a fantastic game, and yet another example of Nintendo taking a gaming genre that already exists and putting their own wonderfully weird twist on it. The simple-to-learn combat and interesting characters made ARMS a very popular new franchise for the Switch.

So, it would be a crime for this new franchise to not be represented, and who would be better for this role than the poster girl of the game? All of her moves (especially punches) would have insane range, her throws would be close to criminal, and her Final Smash could be the relentless volley of punches alike the ‘rush attack’ in her core franchise. The Subspace Emissary in Super Smash Bros Brawl was great, in fact you could argue that it was the only good thing about Brawl (well, that and Snake being playable) and it was something that I personally felt was missing with the last two titles (3DS and Wii U). A story mode is something that I never knew I needed as much as I did until Brawl opened my eyes to the possibility.

The question is though, how would this even be done? The sheer volume of characters would likely require some sort of strange ‘clashing of universes’ thing à la BlazBlue Cross Tag Battle, or the return of the Master Hand, but it would be good to have a mode that really allows the personality of the characters involved to shine through. Now that we’ve had several characters back, increasing the roster of the game from the previous versions, we have a circumstance where the previous Fire Emblem vs non-Fire Emblem character balance has been thrown out. In the previous entries, we had a fair chunk of the roster devoted to the franchise, and this needs to be reinstated.

There are a huge list of characters I would love to be added; but to name just a few, I would want Titania, Takumi, and Ephraim. The reason for these are simply because the Fire Emblem characters at present are too sword-heavy, so it would be great to see how Sakurai fits a halberd, bow and spear into the mechanics of Smash Bros.

The Removal of Daisy This is a purely personal point, but why oh why is Daisy in this game? I don’t care that she’s only an ‘Echo’ character, she is one of the worst characters in Nintendo’s history and her getting a slot in this game ahead of the various legacy and new characters to the Nintendo universe that have clearly been ignored (such as Waluigi, for instance) is just insulting.

I’m aware that, as opposed to a lot of the characters I could pick instead, Daisy actually has more of a legacy owing to appearing in an actual Mario game (Super Mario Land) instead of solely appearing in spin-offs; but her presence in this game is just disappointing, especially as we could maybe have Tatanga from Super Mario Land instead. 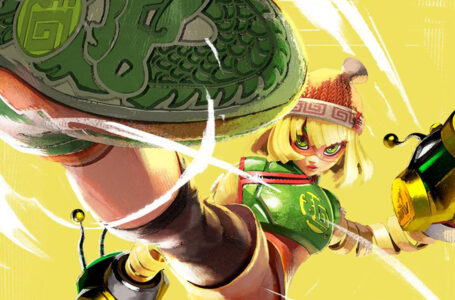