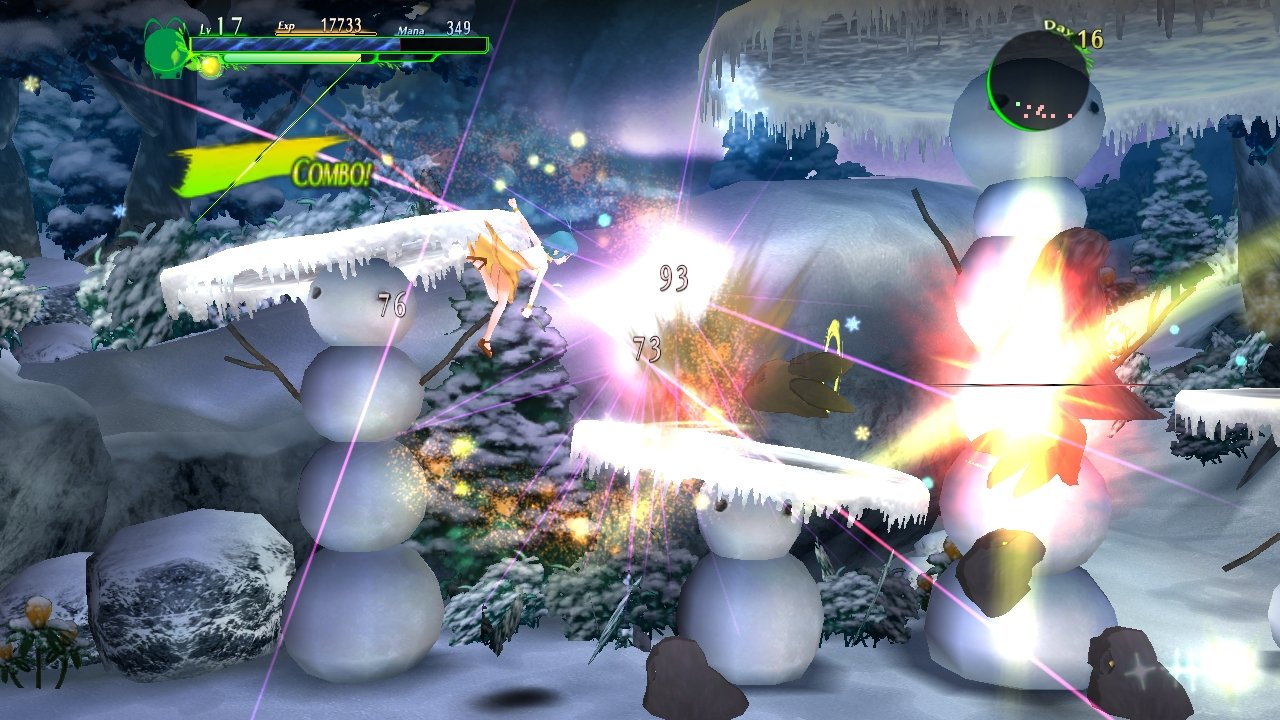 Edelweiss are probably best known for Ether Vapor and their forthcoming Astebreed – both 2D shooters, lavished with stunning 3D visuals. Fairy Bloom Freesia then, is something of a departure from what we’re used to from these guys – and it’s surprising to see them take on a fighting game.

It’s also a little worrying. I’d say fighting games are probably one of the hardest games to develop – or rather, develop well. The process of balance, of making your fighter feel right and of getting animations to flow so that combat is satisfying – is not an easy task. More ‘accomplished’ developers often struggle with getting this right, so how have Edelweiss fared?

Honestly? Amazingly well. Rather than a one on one fighter – Fairy Bloom puts you in a side-on platform arena (a little like Smash Bros we suppose) where your basic goal is to destroy the enemies you find in there – clear them all out and the stage is complete.

Starting off with simple ‘golems’ – and then working up to more dangerous enemies – and indeed, one on one fights in boss encounters – Fairy Bloom throws everything but the kitchen sink at you in an attempt to take you down. The result is a battle arena that’s never short of enemies flying this way and that, and most importantly, foot and fist fodder for you to keep your combos going.

Running at full tilt, Fairy Bloom is a sight to behold – an intense display of high speed fighting, lavished with visual effects. Always pleasing on the eye, but never so distracting that combat becomes hard to track.

And this is where Fairy Bloom excels. Combat is extremely fluid, hugely satisfying and lightning fast. It’s a credit to Edelweiss that they’ve managed to nail this. It’s fast, it’s snappy, and its tendency to stray into aerial combo territory makes it feel less flat, less grounded that your usual beat-em-ups.

Combat has a surprising amount of depth and flexibility to it too. Even though there’s only one character to control – it’s unlikely any two players will play Fairy Bloom in the same way. This is mainly down to the fact that, between bouts, you can use experience gained to change Freesia’s spec. You can purchase new special attacks, you can choose to make her attacks more powerful or to increase her strength in defence.

How you choose to change her skill load-out will greatly affect the way you play her – and as a result, repeated play with different specs proves to be very rewarding. After all – everyone prefers different characters and different fighting styles in more traditional fighting games – here you can basically tweak and customise to fit your own style of play.

This is especially important if you play on the tougher settings, where even fighting game experts will find a pretty steep challenge to enjoy.

For those of you who don’t consider yourself fighting game experts, the standard settings prove hugely enjoyable for those who just want to enjoy the frenetic action, alongside what amounts to be a rather enjoyable and charming little story.

The main character, Freesia is a Fairy forest guardian, and when an enemy empire invades her forest and threatens her peaceful way of life, Freesia has to take it upon herself to kick some ass. Between stages, the story unfolds in a visual novel style, with some nice dialogue and lovely artwork.

While Fairy Bloom is really all about the action, the story aspect is a really nice addition, is enjoyable in its own right and helps gives some context to the action for those players who aren’t in it simply to master the mechanics of the fighting system.

SUMMARY
I play a lot of fighting games – particularly 2D fighters like BlazBlue and Guilty Gear. Fairy Bloom has some parallels to these games – particularly something like Arcana Heart – which is a much more free and more aerial focused fighter. What impresses me the most though, is just how fluid the game feels – there’s a real energy and a lovely sense of flow to the action – so much so that it puts a lot of fighting games to shame.

Fairy Bloom Freesia can be downloaded from here. 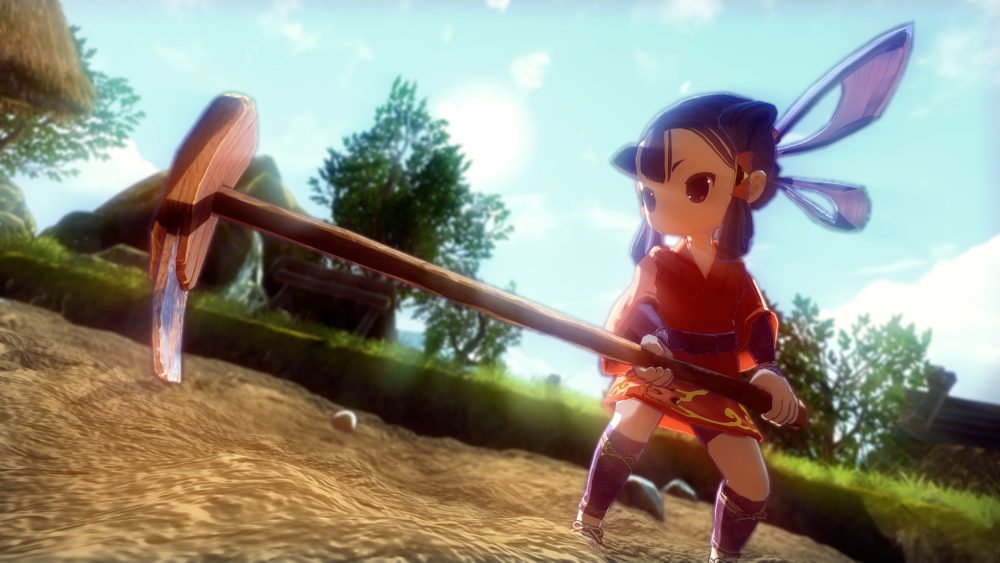