Hiro Mashima’s Fairy Tail. I remember watching the series quite some time ago now, and I have fond memories of the series’ earlier arcs and developments. As time went on however, I became more and more numb to the series with it’s constant reliance on “Nakama” power ups and an overall lack of development of one of the series’ main characters, Natsu. My opinion of Fairy Tail slowly went downhill and although I wouldn’t say I hate the series, I have most definitely become indifferent to it. 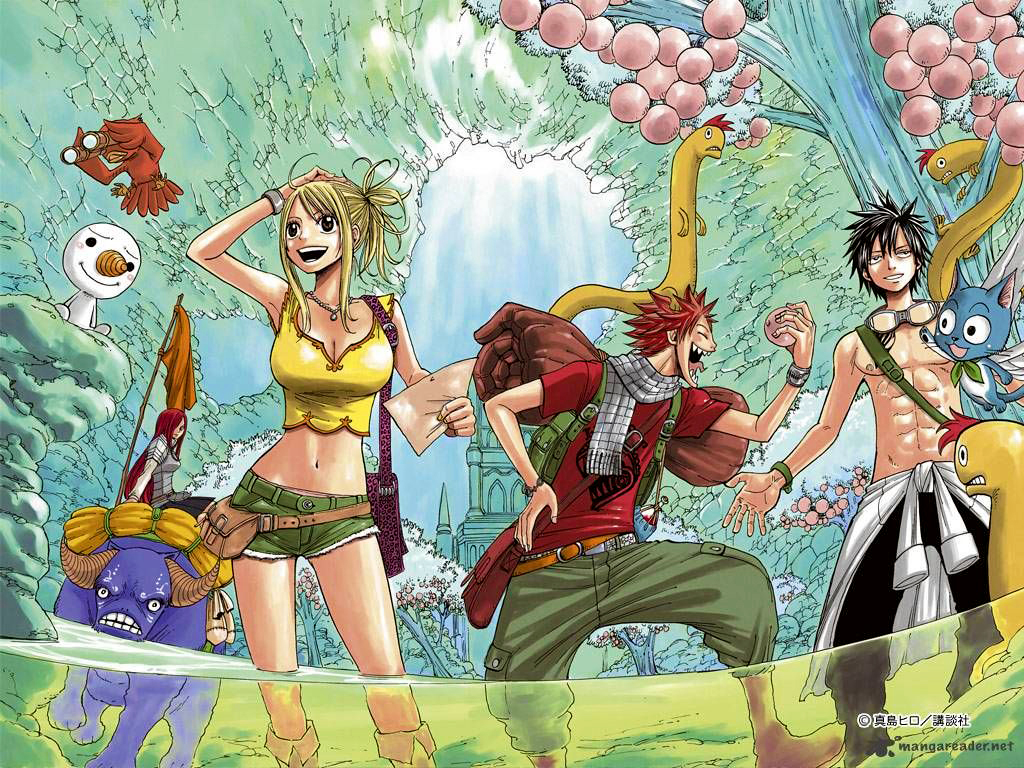 When Fairy Tail first started off, it introduced us to this incredible world of fantasy, magic, guilds and more. We meet our two main characters and learn about a well renowned mage going by the name of “Salamander”.  Immediately following this we’re hit with a darker route in which Lucy Heartfilia is tricked into attending a boat party in which all the girls attending are to be sold off as slaves. All of sudden the real Salamander and user of the all powerful fire dragon slayer magic, Natsu, appears and saves the day.

Hearing of this famed wizard and it turning out to be the goofy character that Lucy met earlier is one of those tried and true shounen methods of making your main protagonist establish him/herself as a badass. And it worked! I really enjoyed this and proceeded to binge Fairy Tail until I had caught up.

Fast forward a little bit and we find ourselves in the Galuna Island arc, an arc which made me incredibly positive for the future of the series and how it’s character would develop further. Up until this point, the story arcs have been akin to a ‘Monster of the week’ formula which help introduce us to the main character group and their personalities. Galuna Island centers around one of the main characters of the series, Gray Fullbuster, and the events that take place flesh Gray out a lot as a character by tapping into his sad backstory which revolves around the one who taught him how to use magic.

Gray is the user of Ice-Make magic and up until this point felt like a comedy side character whose whole purpose was to butt heads with Natsu (Fire and Ice, who saw that coming) and take his clothes off in silly situations. With Galuna Island we get to see his origin, introduction to magic, his teachers self sacrifice in order to protect him, and his fight in which Gray knocks some sense into his misguided childhood friend/rival. The Galuna Island arc wasn’t the greatest arc in the series, but it changed how I felt about certain characters, had emotional moments and created some interesting mysteries taking place within the world.

The Tower of Heaven arc is the next one I briefly want to go over, as it gave me even more excitement and hype for the future of the series. This arc dives more into the past of Erza Scarlet, another one of our main characters and one of the guild strongest members specialising in “Re-quip” armour/sword magic. Her past shows that she grew up enslaved along with many other children by a Zeref-worshipping cult. Jellal, another enslaved child whom Erza grew fond of, seemingly sacrificed himself in order to help the children escape from the cult.

The arc dives into Erza’s past and how she is still a slave to it despite it happening so long ago. She comes face to face with people from her past and her vulnerabilities in order to overcome them. Erza is an incredibly proud person, and finds it difficult to rely on others, even those she would consider friends. This all culminates at the finale of the arc when Natsu fights Jellal in her place. Erza’s greatest fear is putting those she loves in danger, but throughout this battle she overcomes that vulnerability, putting her trust in a friend and accepting that it’s not always possible to do everything on your own.

This arc has some really awesome parts, so much so that I rewatched it shortly after my first viewing. I always felt like Fairy Tail had so much potential to be one of the big boys alongside some of the Shounen flagships at the time.

The Nonsense Takes Over 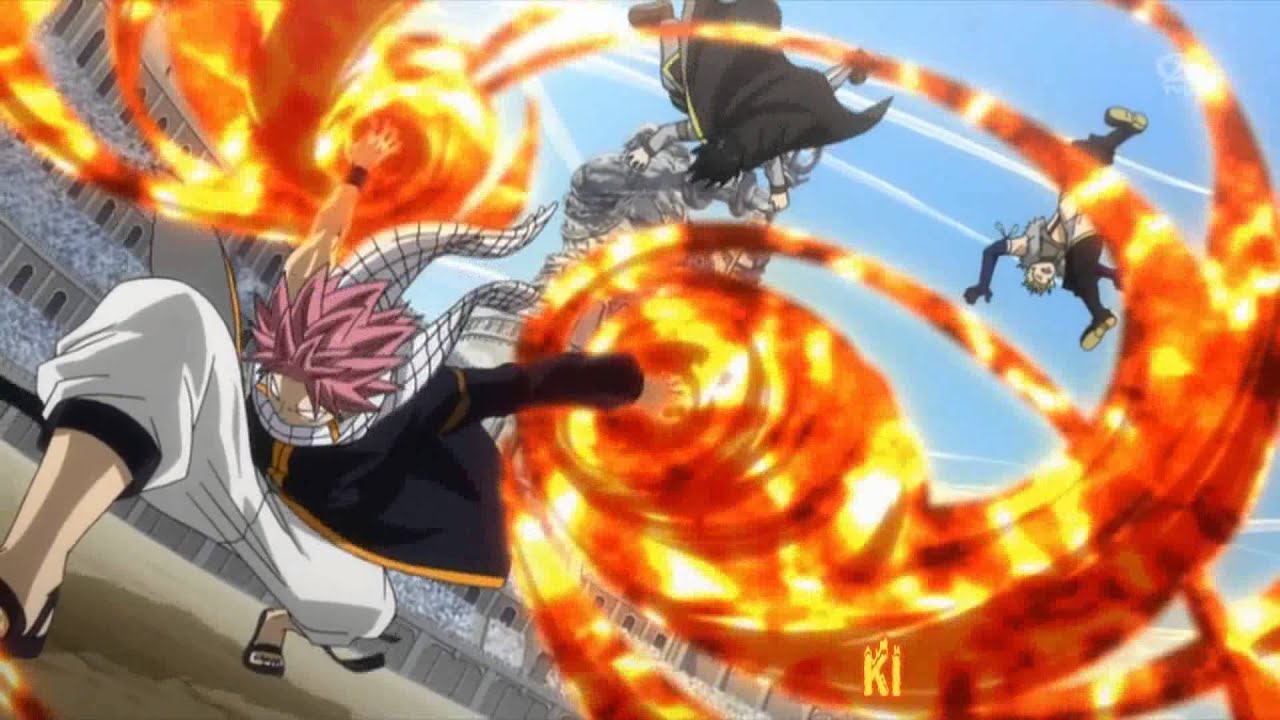 As the story of Fairy Tail progressed, my opinions and feelings regarding the series and even some of my favourite characters began to change. I would say the point which these opinions became most apparent was after the timeskip takes place.

The characters present on Tenrou Island are encased in a protective magic that saved them from Acnologia’s attack. They remain encased for 7 years before returning and eventually making their way back to the Fairy Tail guild, and here they reunite with all of the guild members who didn’t go to the island. We are then met with the interesting development that those who have still been training for 7 years have become a lot stronger, so much so that some of the previous strongest are having to try very hard to keep up with them.

This makes sense, it felt a little bit like lazy writing, but I could still understand it. My main problems come from the arc that follows this, the Grand Magic Games arc. Hoo boy, this is one of the standout examples when it comes to some of the nonsensical power levels and power-ups that Fairy Tail loves to throw around.

There came a point in Fairy Tail where I could no longer feel anything towards the antagonist characters that were introduced. When a new enemy is introduced in a series and his power if displayed, even just a little bit, you can get a gauge of how terrifying this character is and a sense of fear as you wonder how on earth our protagonist is going to overcome this new threat. Mashima had a tendency to hype these newly introduced characters up, making them extremely powerful and someone no amount of friendship power would be able to overcome. However, these fights always resolve using the same nonsensical formula.

Sting and Rogue are two newly introduced and heavily hyped up dragon slayer characters who, from their first meeting, become antagonistic towards the dragon slayers of Fairy Tail. The arc progresses into a 2 vs 2 man fight, pitting Natsu and Gajeel against Sting a Rogue. This could have been a genuinely interesting fight using teamwork and strategy to overcome an overwhelmingly strong opponent, because remember, Natsu and Gajeel were essentially paused in time for 7 years.

Alas that isn’t the case, instead Natsu kicks Gajeel out of the fight and proceeds to absolutely dominate these 2 dragon slayers 1 vs 2. This was the point that cemented power levels in Fairy Tail meant absolutely nothing. In the face of the protagonist Natsu, none of that matters. This becomes a common occurrence as the series continues on towards its end. Even my favourite character, Erza, becomes a powerhouse of the ass-pull power-ups, and she wins some fights in downright absurd ways that make no sense at all.

I want to end this by saying, in fairness to Fairy Tail, I think that I wanted more from the series than it was offering. Maybe Fairy Tail was always supposed to be a shounen power fantasy that never took itself too seriously, but was just meant to be fun. However, it still felt like this was a series with such potential, that it could have stood next to some of the flagships of the genre. By the ending, my only feelings were “Okay, It’s over”.

Thanks for reading. Stay safe! 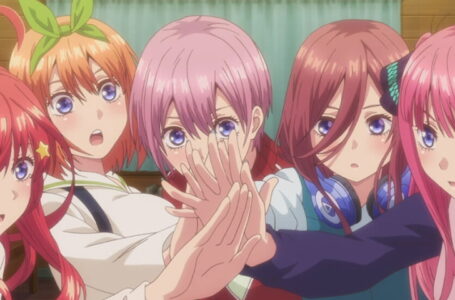 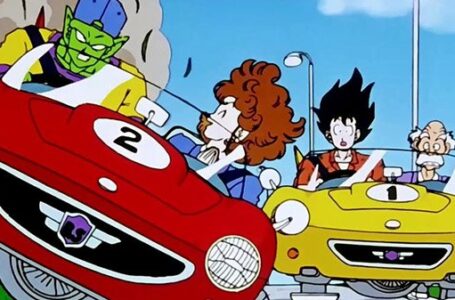