Fanservice is, and has been, a common aspect of anime for as long as I can remember. Some series keep it a more on the subtle side, while other series wear it clearly on display as a badge of honour. I want to have a quick chat about how I feel about fanservice in anime, and I will be using some series as examples of when I really enjoy it and when I absolutely hate it. 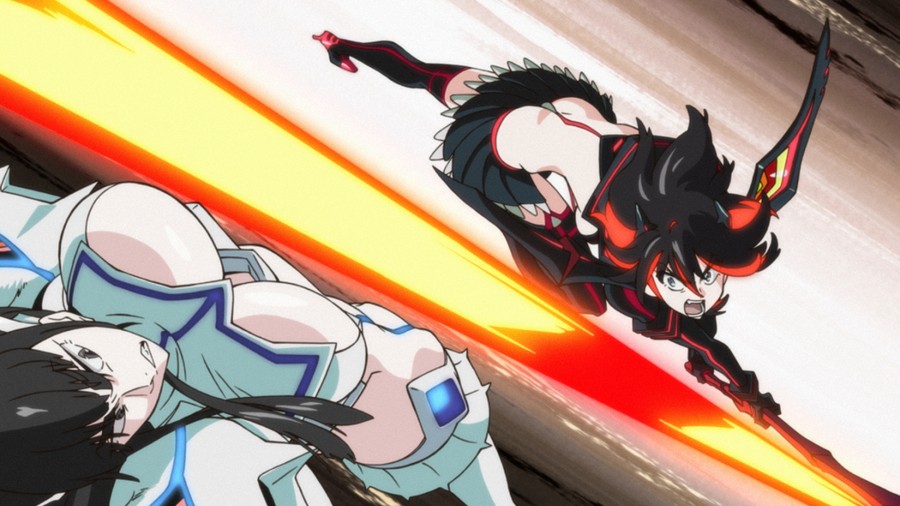 If I had to sum up Kill La Kill in one surface level sentence it would be “The more skimpy. The more powerful”. This is just a very superficial statement however, as the series is much deeper than that. Kill La Kill is the story of Ryuko Matoi as she tries to find out the mystery of her fathers murder.

The power system of the series is a special type of clothing fibre that can enhance the user. Ryuko owns a unique form of this in the sentient sailor uniform known as Senketsu. The school she attends is a brutal one and fighting is a commonplace thing amongst the students as they compete for power. Ryuko must also fight and when Senketsu equips Ryuko with his Kamui power, she finds herself in a rather scantily clad getup.

Sounds just like some average panty fighter that we’ve probably all seen before right? Cute girls fight and as they sustain damage, oh no their clothing is missing. Where Kill La Kill is different is in the fact that it has a coherent plot. Heck, even the skimpiness of the Kamui’s appearance makes sense in the story. If the Kamui were made up of any more life-fibers than they were, they would take over the person’s will.

As everything progresses and Ryuko accepts Senketsu and the embarrassment he brings, the fanservice takes a backseat and what we takes center stage is the story and its characters. Ryuko is an absolutely badass character who is still kind-hearted, Mako is hilarious and adorable, Satsuki is alpha as hell and I worship her. Even Senketsu makes the incredible shift of fanservice device into his very own character. 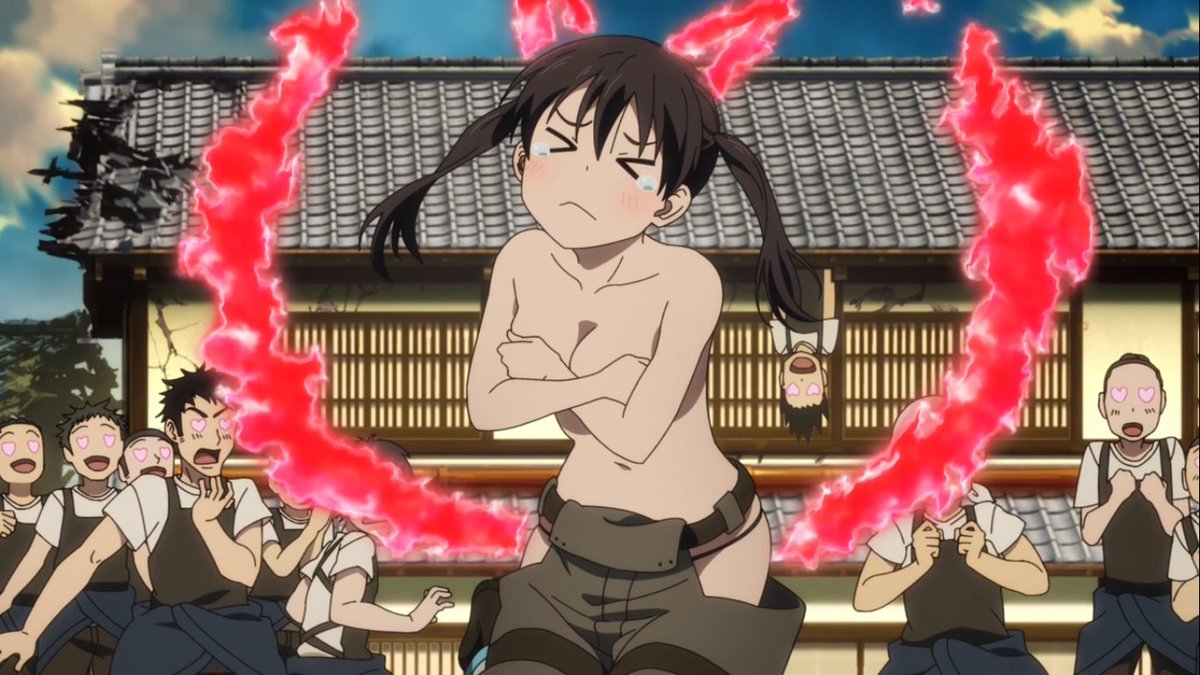 Now I’m not hating on the series that is Fire Force. Like many others out there who enjoyed Soul Eater, I was greatly looking forward to Ohkubo Atsushi’s next work. David Production did a fantastic job animating the series with incredible dynamic action sequences that started right from the first episode and some epic sound design that added great emphasis to the powers.

However… This series uses fanservice in quite possibly the worst and most off putting way I have seen in such a long time. Kill La Kill managed to make fanservice in every single episode take a backseat to the story and characters, while Fire Force would interrupt the story by shoving fanservice in your face. Tamaki was this personified.

From the get go I had a strong feeling that Tamaki was introduced for the sole purpose of fanservice, and lo and behold I was right. The way the fanservice would take place felt the perverted tropes used in Shounen series from 15 year ago. Even during the serious events of episodes 8 and 9 of the first season felt cheapened by the unnecessary fanservice.

Also, how are you going to keep on throwing a trash waifu like Tamaki in my face when you have a literal goddess in the form of Maki Oze standing right there! Made me sick I tell you!

In my opinion, these two series are the complete opposites when it comes to making use of fanservice in anime. Every episode of Kill La Kill would have Ryuko, Satsuki or any other character, male or female, get half-naked at some point and yet it almost never took away from the main focus. Whereas Fire Force got to the point where even I, a level 100 degenerate, felt sick of it.

The obligatory “10 top picks from the...