Final Fantasy XV Pocket Edition looks like it straight up remakes chunks of the original game. It’s so close that I just want to take it all in, and compare the two in my head.

In some ways, Pocket Edition has a lot more charm. And we may find it cuts out a lot of the fat from the original game too. Who knows, it could end up being the stronger experience. It’ll be releasing on 9th February for smartphone players, with the first chapter being free. The second and third chapters will be available for 120 yen each (just under 80p), and the following fourth to tenth chapters at 480 yen each (about £3.15). Or the whole thing can be bought for 2,400 yen (just over £15.50).

Though, we’ll have to see how much we take a hit with the official western pricing. Delightfully it’s a phone game that will also be releasing on Windows 10, so you can play this cute version of Final Fantasy XV on as beastly a computer as you want. Also, reports from the nebulous RUMOUR ZONE are that the Switch will get a port of Final Fantasy XV Pocket Edition. There’s been no confirmations of this, but hell, it’d be neat, wouldn’t it?

Final Fantasy XV Pocket Edition will be releasing for iOS/Android on 9th February 2018 (in Japan anyway). 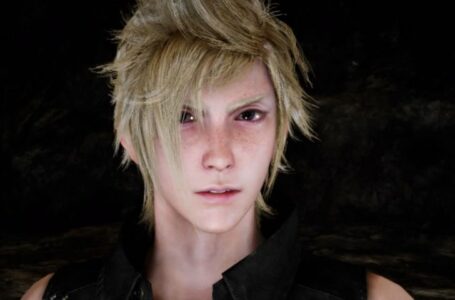