As some may already know, I am always partial to covering mystery visual novels. Some of them may be less impressive compared to others, while a few are severely underrated. Gothic Murder: Adventure That Changes Destiny falls more into the latter category.

While labelled as an otome, it is actually anything but, since its detective gameplay is the one and only focus of the title, making it an easy recommendation for any mystery fan to delve head first into for an evening’s worth of game time. And since it is on the much shorter side, clocking in at only 4 hours to finish if you are a quick reader, Gothic Murder: Adventure That Changes Destiny is an easily digestible, intriguing and original mystery visual novel well worth its asking price and your attention.

The head of the Roquiford family, Oliver, has died. Our main character Ellie, a sixteen year old, has recently been left to fend for herself after the passing of both her parents. On the first day of her new job as a maid in the Roquiford family’s manor, Ellie is startled awake from a nightmare involving the Roquiford heir, Irving, having been murdered. To make Ellie’s anxiety even worse after experiencing a possible prophecy, a séance is meant to occur on the same day to contact Oliver’s spirit as he had instructed to before his death in regards to the family inheritance.

Alongside Ellie at this point are her two fellow maids Louisa and Natalie and their boss, Noel. Also present are Jack, the manor’s chef, and Irving’s butler Maurice. Ellie is then introduced to the five guests attending the séance: Oliver’s charismatic brother William; Oliver and William’s sister Grace and her daughter, Leila; Ms Maahi the spiritual medium; and finally Ewen, a commoner who has no connection to the family.

The uncertainty of Oliver’s final wishes not being quite what the family had expected is one thing, but the continuous attempts at ending Irving’s life on a daily basis hides something far greater than malicious intent. With each character having a possible motive, who is the villain in this murder mystery?

Already sounding like a classic “whodunnit” experience? Let’s make it even better by noting Gothic Murder’s developer and publisher orange inc. are known for their mystery visual novels — the Jake Hunter series to be exact. We know we are in for a good mystery here! So while the first case of Gothic Murder leaves a lot to be desired in terms of difficulty, the complexity of the cases increase with each chapter. The first chapter does its job well, since without any tutorials, its simplicity eases the player into how the game functions.

Searching for clues, combining items and interviewing witnesses in a point-and-click fashion makes up the detective segment of Gothic Murder. What follows after is an interrogative mini-game, where you have to give the correct accusations backed up with the right item as proof. The stakes are high during these sequences, since both the MC and the suspect have “health” bars depicted by flower icons above their heads — and depleting Ellie’s “health” by making the wrong accusation or providing incorrect evidence too many times will lead to one of many bad endings.

These also happen to perversely enjoyable to experience, however, with each providing an interesting epilogue on where Ellie’s missteps led her.

Ellie will also often take notes in her memo pad that can be referred to during questioning and searching, and a map of the manor provides a way to explore Ellie’s surroundings for maximum immersion.

The attention to detail in character designs and locations makes for a really well executed presentation of a murder mystery in 20th century England. The art is consistently gorgeous, with sprites and character portraits being high quality, and the CGs visually stunning. The localised script is also of top quality, with only a couple of typos in evidence. It may be worthwhile mentioning here that the game was made for controllers, with the interface making this clear. But the simplicity of its UI and menus make this easily accessible for PC and is not at all disruptive to the experience.

Finally, while a short game, the flowchart feature in Gothic Murder makes for quick access to key moments for easy obtaining of all endings. You may not be using this feature all that often however, since with only two endings to experience, the remaining content to discover in the game includes its many bad endings if you wish to pursue them. They are not required for trophy unlocks, however; the game’s five chapters and two endings are the only necessary scenes to experience in order to unlock all the awards.

I repeat, not an otome

As previously mentioned, Gothic Murder has been marketed and labelled as otome, despite this really not being the case. The only hint of romance is in its endings, where Ellie is paired off with one of two characters. While the chemistry is much more believable between Ellie and Irving since the majority of the game is spent with Ellie preventing his demise, the few moments of fluff and budding romance depicted in the occasional cute CGs with the two are enough to quench an otome fan’s thirst during this short mystery.

However, the promise of romance is less well implemented when it comes to the game’s alternative route involving commoner Ewen. He is seen much less in comparison to Irving, only having one additional scene and an epilogue for his path. While he looks lovely and is incredibly charming, neither Ellie nor the player have nearly enough attachment to him in comparison to Irving in the end. But what I find most tragic is how the game’s artist Shuri Yasuyuki gave the best character design to the minor character of the cook, Jack. Side character syndrome hits once again, folks!

It should most definitely be made clear once again that Gothic Murder is predominantly a mystery game, allowing no real time to be put into expanding upon any relationships. It instead does a very nice job in how its cast members view our main character, with Irving being especially impressed with our leading lady’s logic and intelligence — a refreshing response to a heroine.

On top of this, the premise is completely and absolutely centred around Ellie. She is the one who saves the day and rescues her male companion — and if we take this into the context of other otome titles, it truly is a breath of fresh air.

With each chapter giving us reasons to suspect the entire cast, the game gives us plenty of opportunity to dig deeper into the characters and make sense of the attempted murder; this keeps the intrigue level of Gothic Murder high at all times. The revelation of who the villain is was very satisfying after the increasing amount of suspicion falling onto everyone.

But while the many twists after twists were thrilling to see revealed, by the time it got to the unmasking of the true culprit, the build-up left many plotlines and revelations barely touched upon. This provides my one and only complaint about the game: it is far too short to fully commit to its villain and the range of events that unfold.

The villain deserved a lot more screen time. By the end of the game, there was an overwhelming amount of intriguing narrative threads the game did not manage to go into enough detail on. The amount of material presented here makes me crave even more hours of the game — it was a thoroughly engaging and exciting time, but I simply want more Ewen.

Orange has released some side content for the game, which is currently not localised; here’s hoping this may come out in the future as DLC — we can only wish. But for now, Gothic Murder: Adventure That Changes Destiny is available on Steam, PS4 and Switch, and is most definitely worth being added to your visual novel collection. 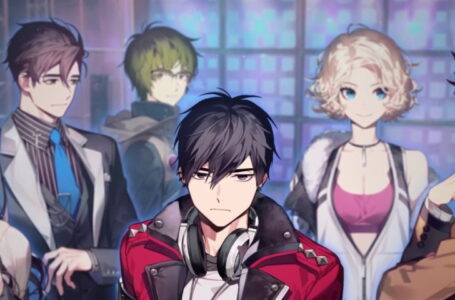 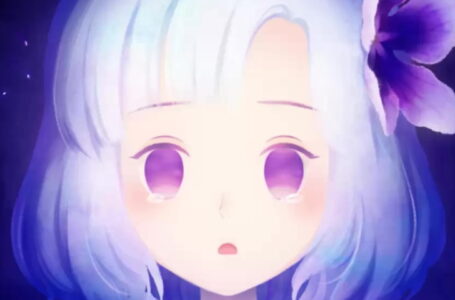 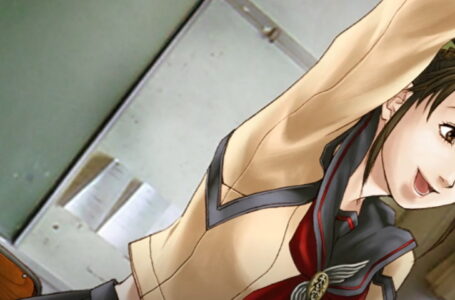 Here’s why you should pick up Kowloon...