Over the weekend, we had an article in the mainstream press demonstrating a wilfully ignorant attitude towards the video games medium — a medium that, let’s not forget, has been considerably larger, more profitable, more imaginative and more diverse (both in terms of ideas and creator backgrounds) than any other creative medium out there for quite some time now.

I thought we were long past the time of out-of-touch mainstream newspaper journalists attacking a medium they clearly don’t understand or have any desire to engage with — any attempts to claim that video games are somehow harming our children (or us) are laughed off almost immediately these days, after all. But apparently Camilla Tominey, Associate Editor at the Daily Telegraph, didn’t get the memo.

“Grown men shouldn’t be wasting their lives playing video games,” ran the headline to the paywalled piece (archived for posterity by the ever-resourceful Internet right here). “The only adults who still use the word ‘playtime’ aren’t the types to be found on the tube. They’re busy riding around outside on e-scooters.”

Already we’re in a peculiar place. What on Earth does the London Underground (colloquially referred to as “the tube”, for the benefit of our readers outside the UK) have to do with video games? And “playtime”? “E-scooters”? What?

“Travelling on the tube can be a patronising business at the best of times,” writes Tominey, “with all those reminders about minding the gap and, in Covid times, wearing a mask and ‘leaving a safe space’ (as if that’s somehow possible during rush hour). Do passengers really need to be reminded to ‘carry a bottle of water when it’s hot’?”

There’s burying the lede, and then there’s this. But let’s continue.

“Yet it seems even the Underground’s advertisers are intent on infantilising their customers,” she continues. “A Nintendo advert has been plastered across the network for some time featuring grown men and women playing the ‘Switch’ device that is a favourite with my eight-year-old daughter.”

Okay, so here we finally get to the point: Tominey believes that “grown” men and women should not be engaging with “the ‘Switch’ device” because… err…

“Hashtagged #SetPlaytimeFree, it appears to make the false assumption that most commuters like to while away their spare hours playing Mario Kart, Minecraft and Pokémon,” adds Tominey. “Doesn’t Nintendo realise that the only adults who still use the word ‘playtime’ post-puberty aren’t the types to be found on the tube? They are the overgrown school children riding around outside on e-scooters.”

Tominey, speaking on Twitter in response to the understandable questions about whether or not she had any idea whatsoever what she was talking about, clarified that she “[doesn’t] mind gaming per se, but the Switch? Come on.” In the same thread, she claimed that her main point in the article was that “the notion of encouraging adults to have ‘playtime'” is “a little patronising”.

And yet… as soon as Tominey looks like she might be getting to a point in the article, she completely changes the subject to whether or not she’s capable of doing a chin-up. God only knows what was going through the mind of the editorial team at the Telegraph when they decided to publish this.

Actually, I suspect we all know precisely what was going through the mind of the Telegraph’s editorial team when they published this: hatebait. The pursuit of the legendary hateclick, where people will click through onto their website — and, in the case of a paywalled publication like the Telegraph, perhaps even pay up — in order to leave an angry comment. The content of the comment doesn’t matter; so long as they got that click from frustrated “grown men”, they win.

And yes, I know that by engaging with Tominey’s screed here we are, in our own way, part of the problem. But this sort of problem demonstrates that there is still, very clearly, a long way to go in terms of how video games are perceived in the eyes of certain people who, it seems, have more “traditional” tastes.

Let’s ponder Tominey’s main arguments, then — what little substance of them there are, anyway — just so this isn’t an angry rebuttal with no real weight to it. Because whatever the reason for posting this editorial, she’s talking right out of her arse for numerous reasons. And here’s why! (Number 7 will surprise you!)

I may not use the word “playtime” on a daily basis, nor do I ride an e-scooter (I suspect my portly frame would crush the pathetic human form of transportation beneath my mighty editorial girth) but I am one of those “grown men”, and I do firmly believe that having time to oneself that is purely for enjoyment is of critical importance these days.

We live in an age where we are constantly bombarded with bad news. This has been a problem for many years, of course — I remember studying it in English Language and Sociology classes at secondary school, and that was a long time ago — but it has become a particularly profound issue with the rise of the Internet and especially when it comes to social media.

The tendency for Twitter in particular to arbitrarily select a “main character” for pretty much each and every day and then systematically tear them apart — often for spurious reasons — is absolutely exhausting.

And if that’s not happening, someone is bellowing at you about how you should care about absolutely every issue that is happening on Earth right now, otherwise you’re a terrible person.

It is, frankly, often anxiety-inducing, and I don’t blame anyone for feeling information overload on a daily basis. And as such, I also don’t blame anyone whatsoever for feeling that they might want an “escape” from this — whether it’s on the tube or at home, even if it’s for just a few minutes a day. Fire up your console or gaming PC of choice, load up a favourite game and immerse yourself in something that is far, far away from what @AllICareAboutIsPolitics69 is whingeing about today. Lovely stuff.

This isn’t to say that gaming has no redeeming cultural value at all, of course; while many people do use it as pure escapism, it’s also proven itself beyond a doubt over the course of its lifetime to be a creative medium capable of incredible self-expression and the exploration of challenging, important and immensely varied themes. And this even happens in the more “mainstream” end of things.

Look at how titles like the Nier series explore philosophical ideas such as existentialism. Look at how games like Tales of Arise tackle concepts of racism, prejudice and revolution. Look at how Blue Reflection delves into matters of mental health and interpersonal relationships; how The Fruit of Grisaia handles the matter of personal “baggage” stemming from past abuse and neglect; how Samurai Warriors 5 makes the complex matter of Japanese history exciting, compelling, intriguing and fun.

But you know what? Who the fuck cares if grown men like 39-year old Dave from Soulless & Amoral LLP spend their daily commute playing Mario Kart on Switch if it provides them respite from the crushing despair that their daily existence otherwise provides?

Who gives a shit if 28-year old grown woman Angelique from Accounts enjoys building giant cubic cobblestone knobs in Minecraft as a means of letting out the inner child she feels unable to express during her working day?

Why does it matter to you that grown men like 45-year old Nafees from Human Resources is somehow still able to wreck people on Apex Legends despite his astronomical ping on public transport Wi-Fi?

They’re deriving value from those experiences, just as Tominey derives value from failing to do a pull-up or playing tennis.

The Switch ain’t what you think it is

One of the most obvious signs that Tominey has no idea what she’s talking about is her clear assumption that “the ‘Switch’ device” (note how she refers to it with such disdain) is a toy for children, not “grown men”. This is an assumption that Nintendo has been plagued with ever since they first came to prominence in the NES era — and to be fair, there have been occasions when they’ve brought this on themselves through their advertising strategy.

But at other times — this current gaming generation is a perfect example — Nintendo platforms have played host to an incredible variety of games, ranging from universally appealing (not “kiddie”) games like Mario Kart, Animal Crossing, Minecraft and Pokémon, all the way up to actual sexy adults-only titles like Waifu Uncovered and Crawlco Block Knockers, visual novels that tell mature stories such as Root Film and BUSTAFELLOWS, celebrations of gaming history like the Aleste collection, contemplative artsy numbers like 7 Years From Now… I could go on for hours.

The Switch isn’t a toy. It’s a platform; a means of providing entertainment for youngsters, grown men and women alike. And just like any other entertainment platform, there’s a wealth of different experiences available on it, catering to pretty much anything you might be in the mood for at any given time. And not only that, many of those experiences can be shared — either in person, thanks to the flexibility of the Switch hardware, or online.

And one more thing…

“Grown men”. Really? What about all the women who play games — many of whom are in prominent positions in development, journalism, publishing, public relations, video, streaming and esports? Or are we to work on the assumption that Tominey believes all other women are fine, upstanding citizens like herself, dutifully judging others for their entertainment choices and never going anywhere near those filthy video games unless their modelling agency makes them appear in a Nintendo advertisement?

Come on. Do better. Gaming is a good thing. And it’s high time that the out-of-touch mainstream press got to grips with this idea. 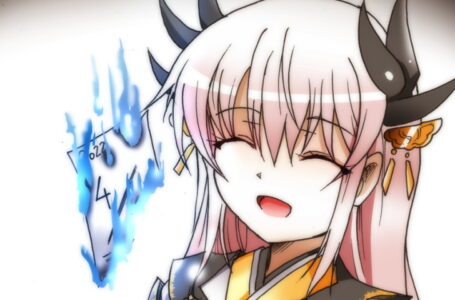 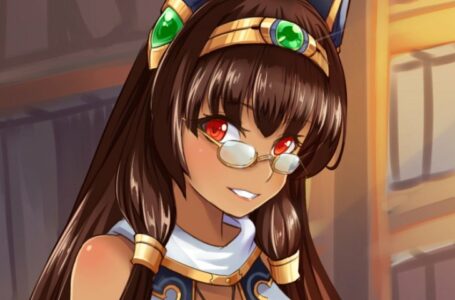