As we reported recently, PQube are bringing the ultimate celebration of Guilty Gear to the Nintendo Switch. Now we can happily announce that the Guilty Gear 20th Anniversary Pack release date will be on May 17th 2019, and we have been given us the exclusive special edition to sell through our store.

Arc System Works and PQube didn’t only share the release date of the pack, which will contain the original Guilty Gear and GUILTY GEAR XX ΛCORE PLUS R, they also revealed that there will be a Day One Edition at launch, containing a personal letter from Guilty Gear creator Daisuke Ishiwatari and an book with unreleased works of his art related to the series. Note as well that this is a physical release. Both games included in the pack will be available as separate digital versions for PlayStation 4 and Nintendo Switch, also releasing on May 17th. So great for those of you that might fancy one of the titles but not the other.

Finally, and most excitedly for us, a limited edition of only 500 pieces in Europe has been announced that comes with an incredible Nintendo Switch console pouch. We absolutely love the design of this item from the concept art, which we have posted below, and can’t wait to share more pictures of this with you soon. This special edition will cost £79.99 and orders will be available from tomorrow (Friday, February 22nd 2019). In 1998, one game made huge waves within its genre: Guilty Gear for the original PlayStation. Spectacular special moves that brought the console to its limits, a hardrock soundtrack that still has to meet its match, innovative mechanics and unique charactersthat kicked off an incredibly complex and epic anime story will equally fascinate fighting game fans today, as it did 20 years ago!

First released in 2008 in Japan, GUILTY GEAR XX ΛCORE PLUS R is the final installment and epitome of the Guilty Gear XX series that polished everything introduced in the 12 previous installments to reach optimal balance. Mechanics like the universal overhead attack “Dust” as well as “Roman Cancel”, which allows players to cancel all kinds of actions and therefore increases their options dramatically, set the bar for the series’ sequel: Guilty Gear Xrd.

We’re pretty excited about this, especially because of being able to play Anji Mito and Testament again, but what do you think? Will you be grabbing the collection when it drops? What do you think of the Guilty Gear pouch? Let us know in the comments, or on Twitter and Facebook, and check back for more coverage of this and other Japanese titles?

The Guilty Gear 20th Anniversary Pack, along with individual digital releases of Guilty Gear and GUILTY GEAR XX ΛCORE PLUS R, will release on May 17th 2019. Pre-orders will be up tomorrow, so keep an eye out! 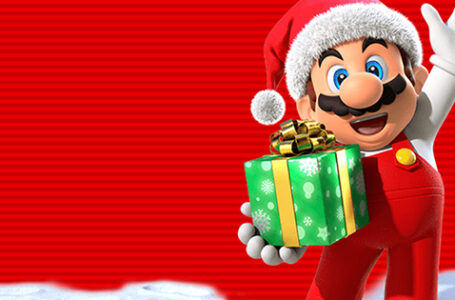