In this series of Halloween Month specials we will look at some horror games that are sure to keep you on the edge of your seat. Many of them will be PC games which are available for free, so anyone can get their thrills and chills this Halloween.

Mogeko Castle is a game made originally in RPG Maker 2000 and was remade in 2014 in RPG Maker VX Ace. It is made by a Japanese game developer and artist, who goes by the name Mogeko or Deep-Sea Prisoner. Even though it was made in RPG Maker, this game is not an RPG, but a psychological horror with a mostly linear storyline and no battles.

What sets Mogeko Castle apart from other RPG Maker horror titles is its unique atmosphere and quirky humor. It is really a great blend of cute and creepy, which isn’t explored enough in other horrors. It is hard to explain the story and overall experience without spoiling it, as this is a type of game that is best played without much prior knowledge. Therefore, I will try to keep it as spoiler free as possible.

You play as a high school girl Yonaka Kurai. One day she is on a train and is excited because her brother is coming back home. But after stepping off the train Yonaka finds herself on an unfamiliar path with no one in sight. Yonaka finds weird posters, among other things, about prosciutto and high school girls. She encounters some cute but strange beings that call themselves Mogeko and runs to a mysterious place called Mogeko Castle.

Where does it stop? Mogeko Castle!

At first Yonaka must hide herself from the dangers of Mogeko Castle, but soon realizes that in order to return home she must ascend to the top floor of the castle, or so they say. You will have to decide who to trust and what to make out of numerous bizarre situations Yonaka gets herself into.

The puzzles are sparse and quite easy, but the main hook is the game’s story and atmosphere. You will want to see it through till the end. Some of it may seem nonsensical and way out there, but gradually the outer layer of craziness opens up and reveals a deeper meaning behind everything that has happened at some point. Not to say that Mogeko Castle takes itself that seriously, as it has a unique sense of humor where a lot of cynicism is mixed in with dark humor and mountains of prosciutto.

There is a lot of gore and multiple instances of implied sexual assault along with some religious symbolism so if you are sensitive to these themes it might not be for you. The author rates this title 15 and up, but this may just reflect ratings this game would get in Japan and might be different for other countries.

The game features a beautiful 2D artwork with very detailed character designs that look quite memorable along with some meticulous environments. Yonaka and other characters have an array of great expressions. Given that the majority of the story is told through cutscenes, reminiscent of visual novels, it makes the experience even more enjoyable. It is one of the best looking RPG Maker games I have played to date.

There are eight bad endings and a normal and a true ending. Each can be acquired through a single four hour playtrough. After beating the game bonus room becomes available, which grants the access to character profiles, a collection of music from the game, dress-up for Yonaka and even a radio interview with Yonaka which is quite hilarious. Upon restarting the game you can access the bonus room in-game at any time from the game’s menu.

The only downside to the bonus content is that you can’t replay the game using alternate outfits for Yonaka, which seems to be a missed opportunity on the author’s part. And almost all items that are scattered about don’t seem to do anything other than to just be there for you to collect. There could have been some purpose to them.

On the whole, I would recommend this title to everyone that craves a refreshing horror experience. If what you enjoy is a horror with a deeper plot and almost no jump scares, this will be right up your alley. And after all what I have learned from it is that prosciutto really is delicious. 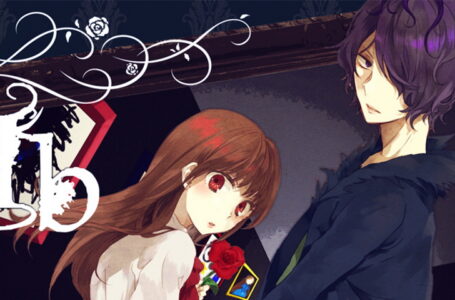