Hatsune Miku: Project DIVA MegaMix may come with a majority of its content already unlocked with an instantly available tracklist of its 101 songs, but there are many other goals players can set for themselves as small victories in this challenging rhythm game. This guide will also lay out beginners tips for newcomers, as rhythm games can understandably appear intimidating initially, but it’s all in the spirit of having fun!

Customisation in MegaMix encourages and requires many replays to obtain the vast amount of modules and accessories to change up your favourite Virtual idols’ appearances. There is a total of 561 modules and 204 accessories to unlock for all the characters. This includes customisation not only for Hatsune Miku, with a whopping 182 exclusive items, but also Rin Kagamine with 77 unlocks, Len Kagamine with 71 unlocks, Luka Megurine with 75 unlocks, KAITO with 74 unlocks, MEIKO with 66 unlocks, and extra characters, including fan-made units Kasane Teto, Yowane Haku and Akita Neru, with 16 unlocks.

These items can be purchased by the game’s currency system of VP, earnt by clearing song stages. The game allows mix and match with Hatsune Miku exclusively, crossing over modules and hairstyles to create unique match ups if your heart deserves, such as her clown like head Marionette Hair on top of the Sweet Pumpkin module. Get creative and weird!

As an additional note, keep your eyes out on ‘recommended’ above modules and hairstyles, as this indicates the corresponding appearances to the currently playing song from the tracklist, making for quick and easy locating and purchasing.

100% completing to keep you busy

Not only does achieving as close of the perfect 100% score give players every right in showing off their talent, but players aiming for each song’s clear percentage opens up more difficulty options. Clearing the hard mode threshold of 60% or higher makes both extreme and extra extreme modes available for certain tracks. All 101 songs have a hard and extreme mode, and by clearing the extreme modes at 70%, 37 of these songs will unlock extra extreme mode, which also requires exceptional accuracy in clearing its stages at 70%. There’s a lot of tracks to keep you preoccupied with improving on and clearing, which in turn makes for easy and quick accumulation of VP. Your closet will be brimming with modules and hairstyles in no time!

For new players, there are 83 songs with easy difficulty modes. Notable easier songs newcomers can swiftly ease themselves into the rhythm with are “Aikotoba”, “Hand in Hand”, “Meteor”, “Sweet Magic” and “Time Machine”. On easy mode, all four button inputs will appear throughout the song but all mentioned songs involve the least amount of required melody icons. Slide icons can also show up here, but have much lower tendencies to appear, and they are simply executed by holding down the corresponding direction on either of the Switch’s analog sticks, or if you prefer, by L or ZL as left slides, and R or ZR as right slides.

Configuration is your friend

Players can also make use of the game’s control config menu which allows for all important key config changes that can benefit different player’s preferences when mastering tracks. In the appropriately named “challenge time” in every climax of the songs, this can be the most difficult sequence of each track. This is because of melody icon holds that are often quickly followed up by a different melody icon requiring your finger to be removed from its current hold which is raking in those all important bonus points. A tip for excelling at these moments without much headache is holding down the melody icon with the button input, such as B, then as another melody icons appears, hold its corresponding directional button with your left finger, which would be down as B. This frees your right hand for the other incoming melody icons while obtaining the full bonus points from the hold icon.

The configuration also allows for the 4 directional and 4 input buttons to be paired up, such as X being as inputs for X+Y, or B as the more awkward X+B match up. Config options even allows for three to all four of the inputs to be a simple one tap of one of these buttons, such as A as X+Y+B+A. This could be the solution for some players who struggle when up to all four melody icons appear on the screen at the same time. Such configuration may take time to grow accustomed to, but by simply experimenting and testing in practice modes after applying these changes can allow players to find their own preferred set up that benefits them when keeping up with the rhythm.

Make usage of practice mode to improve your accuracy and familiarity! As the saying goes, practice makes perfect, and with the hard to extra extreme modes in Project DIVA, that’s no understatement. This helps with growing accustomed to songs new to your ears, as the more familiar a song becomes, the easier it is to follow the rhythm and expect the beats. So with patience and dedication, anyone and everyone can get there! Just remember to have fun and take breaks.

Check out our review of Hatsune Miku: Project DIVA MegaMix! 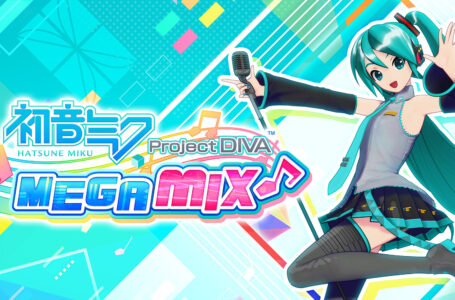