As we approach the end of what has been a great year for survival horror we take one final look at Alien Isolation and The Evil Within to determine which title should be crowned King of Horror 2014. We’ll be breaking down each game’s performance based upon search interest (hype) identified through the ever reliable Google Trends and sales activity using (the slightly less reliable) VGChartz.

For those unaware of our journey so far take a look at our previous stops on the ‘Hype Train’ and catch up to see how we arrived at the final destination.

Our previous investigations revealed The Evil Within had been tracking above Alien Isolation throughout the year and this has been reflected in the final results.

Shinji Mikami’s horror spectacle not only generated more interest at its peak but also continued to create a greater interest from start to finish. The only time Alien Isolation’s own search interest usurped The Evil Within was in the weeks preceding its release and this was a direct result of the game’s earlier release date.

Interestingly both games exhibited similar search patterns, both experienced massive growth over a very short period of time, peaked briefly, and then plummeted just as fast. After the anomaly of release The Evil Within has continued to register higher interest than Alien Isolation, with both games now levelling out it appears they have returned to a stable state of normality.

Now let’s take a look at these trends and compare our two horror titles with the wider market.

This is where things get interesting, here we can see search data for the latter half of 2014 covering The Evil Within, Alien Isolation, Dragon Age: Inquisition and Sunset Overdrive.

As expected Sunset Overdrive’s exclusive commitment to the Xbox One resulted in the title registering the smallest interest of the four, in fact, even in its week of release, it failed to make much of an impact. In complete contrast to that, Dragon Age: Inquisition made massive waves and in doing so broke the standard trend set by the other three.  While Dragon Age experienced the typical ascension in the week up to its release, it managed to maintain its peak over an extended period of time; this is all the more impressive as the peak in question is almost twice that of The Evil Within. Additionally the game managed to maintain a large proportion of its search interest on its decline and in fact even managed to rebound; unfortunately the reason for this unusual activity is anyone’s best guess.

Now the games have been out for a significant amount of time we can get a rough sales estimate and determine whether the search data we’ve been tracking for the last five months has actually been reflected in each title’s commercial performance.

As we can see for the most part search interest has been relatively accurate in predicting sales although not to the extent shown here. The Evil Within has more than doubled Alien Isolation’s sales figures thus far, despite having a week less on the market. The size of the gap between the two is much larger than the search data initially suggested.

Again taking the wider market into consideration the table below features the four titles in order of sales from high to low; we must remember of course that varying release dates skew the data slightly.

These sales are surprising and totally contradict the Google Trends data. Dragon Age: Inquisition’s superiority in search interest has not translated into commercial success. The Evil Within despite generating less than half of the search interest has so far sold 25% more units. This could be in part due to Dragon Age’s later release date or alternatively the game may just have a longer sales tail. Whatever the case may be it puts the commercial success of The Evil Within in context and emphasises just how well the game has performed since its release.

So we’ve now seen all the data and The Evil Within is our undisputed King of Horror in 2014 besting not only Alien Isolation but also some of the year’s biggest blockbusters, the game has outperformed expectations and set the precedent for survival horror moving further into the generation.

Thanks for keeping up with our Horror Hype Train all the way to the end, lookout for the next ride coming soon! 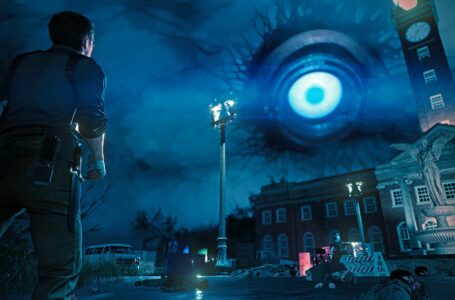 The Evil Within 2 Story Trailer Released 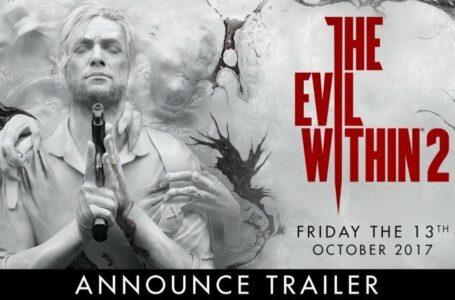