Welcome back to another wonderful Hump Day Husbandos column, and today I will be talking about a fantastic man from the first male generation of Nijisanji EN — the big boss himself, Luca Kaneshiro.

Before getting into Nijisanji EN I didn’t really watch many male VTubers; I can’t think of any particular reason as to why, but getting into VTubers through Hololive just meant that a lot of what was then recommended to me just so happened to be other female VTubers. Nijisanji’s EN wave proved just how successful the boys can be — indeed, at the time of writing, many of the Nijisanji EN boys have overtaken the girls in terms of sheer subscriber numbers, in a surprising inversion of the usual VTuber trends.

Who is Luca Kaneshiro?

Luca is a member of Luxiem, the first Nijisanji EN generation to consist of only male VTubers. He was also the first Australian member in EN. This wave of VTubers consisted of Luca, Vox Akuma, Ike Eveland, Mysta Rias, and Shu Yamino.

Luca’s distinctive design was created by illustrator Oyo, who is not only known for their work on Fate Grand Order, but is also the same illustrator for Alban Knox, a fellow member of Nijisanji from the later Noctyx wave.

His lore states that after coming across someone being beaten up, so he decided to intervene and help the guy. After sorting out the situation, it turned out the person Luca was trying to help had left their bag behind. As Luca takes the bag and tries to find the owner, he runs into detective Mysta Rias, who was chasing the bag carrier down. After accusing Luca of being a thief and giving chase, the two were transported into the present time by some mysterious force.

Luca’s supposed to be this big, bad mafia boss with something of a short temper, but in actuality, Luca is one of the most hilarious, energetic, and kind individuals to ever grace the world of VTubers. To say that he is unique would be selling him short, as I don’t think I have ever seen someone quite like this lovable dude.

Why we love Luca Kaneshiro

Despite his origins of being a mafia boss, Luca is an unbelievably pure and innocent soul, and the sheer amount of things he isn’t aware of is truly hilarious. If you’ve been deep enough into the anime world, I’m sure that you’ve probably come across what is commonly called “Anime 2” or “off-brand anime”. If you know what I’m talking about then you probably also know what the 3 letters including N, T, and R stand for. Well, Luca has no idea about any of this and during an Uno collab, his innocence was on display for everyone to see.

Luca might not have been the first, but he was certainly one the most influential in his use of Internet slang. If you’re also someone who grew up with the Internet, where platforms like YouTube and later Twitch became your alternatives for television, then you’ve more than likely also picked up on some of the vocabularies that are, honestly, inescapable on these platforms.

The word “pog”, deriving from the Twitch emote PogChamp, was never really used amongst the Nijisanji EN livers until that beautiful Australian boy came onto the scene — regardless of the situation, you can always pog.

If I had to sum up exactly what Luca is in one word, it would be ‘himbo’. There is no greater example of this amongst the Nijisanji EN livers than Luca. I highlighted before his innocence, but he can also be quite dense at times — in an endearing way. This clip here perfectly displays what I mean as the donation message is quite obviously talking about Luca, and yet it completely goes over his head.

Finally, if you’re a big ol’ degenerate and you’re thinking “oh but I like VTubers for the fanservice and big booba” well then Luca has you covered. Months of research have gone into proving that among all of the Nijisanji EN livers, Luca does in fact have the largest chest size. Do with that information what you will. 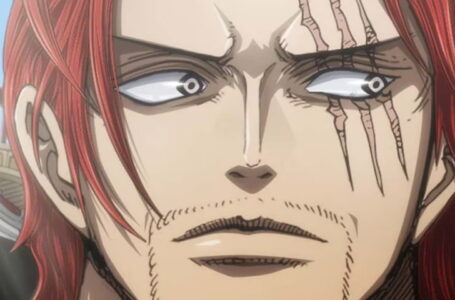