Touma Akagi initially made me exasperated due to his endless comments on becoming a “hero”, because we all know who that reminds us of — does a certain JRPG character named Snow ring enough bells?

However, Touma’s character development does wonders in backing up his aspirations, unlike with Final Fantasy XIII’s self proclaimed “hero”. And for a game often shafted for its less than favourably perceived spin on the Fire Emblem and Shin Megami Tensei formula to create an unexpected idol-centred JRPG, Tokyo Mirage Sessions FE has so much more going for it that has made it always deserving of far more credit than it receives.

But we will get to discussing the game overall another time, as the current spotlight here is on my pick for husbando this week. This goes to the aforementioned hot-headed Touma Akagi, with a fitting red colour scheme to represent his Mirage Partner of Cain, as well as reinforcing his character archetype.

Yes, we do indeed have yet another redhead who exhibits a playfully chipper attitude — just like Collar x Malice’s Mineo Enomoto. He has confidence in battle very similar to that of Café Enchanté’s Ignis Carbunculus, and he is voiced by Yuki Ono, the always-appreciated talent behind Kuroko no Basket’s resident redhead Taiga. What more can I say? This type is my kryptonite.

Who is Touma Akagi?

Touma Akagi is the classmate and friend of our main character, Itsuki Aoi, and supporting character, Tsubasa Oribe. His aspiration in life is to become an actor in a tokusatsu show, and throughout your time in Fortuna Entertainment alongside him and your party, you will be supporting him all the way in his personal endeavours.

He’s such a great guy that it is hard to resist cheering him on in anything and everything. Why? For starters, despite his impulsive nature, he shows great care and consideration for those he is close to. His introduction through simple text messages (which proves to be a defining element to his characterisation in particular) makes for an impactful example of indicating this surprisingly vocal side of him.

We see him take a desperate tone through the mobile phone screen as he shows how worried he is for his friends’ safety after Itsuki and Tsubasa find themselves in the Idolasphere, where enemy Mirages hide to feast on human “Performa” energy.

Touma provides a helping hand to Itsuki — and by extension, the player — due to his seniority. Both we and Itsuki are new to understanding how deep the Mass Disappearances plot is within Tokyo, but his seniority and willingness to help is only one side to his overall character. This one element certainly proves that he is a friend you will want to have in the real world, but his surprising amount of depth and development is why you will end up loving him.

Why we love Touma Akagi

Touma Akagi is an all-round great guy. He can be incredibly endearing for his masked confidence in talking to women, but when the time actually calls for him to woo females during his acting, he is far too insecure to go along with it.

This is just one example of when Itsuki helps him with his own aspirations, but at the same time, Touma never fails to celebrate and compliment Itsuki for his own abilities and achievements — even when the moment is all about him. It is once again another reminder of how much of a good friend Touma is.

Such vocal support towards his dear friends is always surprisingly memorable for how effectively normal and human it seems. It feels effortless and genuine when it comes from him, especially through his text messages. His charm and addictive positivity is off the charts; Touma manages to always raise your spirits.

He also has a tendency to wear his heart on his sleeve, and runs his mouth a bit too much. But it is all for the greater good, as his reasonings and motivations are always for someone else’s sake. While he provides a few light-hearted and humorous scenes, the very best of Touma comes in his character arc which has a shocking amount of heart and emotional depth to it.

His excitement during the stage play of the TV show he has an upcoming audition for during his side story shows how said emotions can easily take over him. This takes an ugly turn, however, when a kid named Riku is looking to ruin someone’s day, and chooses to verbally put down Touma for his childish giddiness — to Riku, an adult shouldn’t be showing such excitement.

But Touma impressively responses in a calm and measured approach when communicating with the kid because he senses a loneliness he can understand. It is surprisingly mature of Touma to handle the situation this way, and is the catalyst for his endearing and emotional growth.

If there is just one major reason why Touma Akagi leaves such a big impression, it is in his backstory that is wonderfully juxtaposed with where his journey ends.

Touma’s parents abandoned him when he was young due to being too far in debt to care for him, leaving him to be raised by his grandparents. At such a vulnerable age with no one to turn to for support or strength, Touma would become inspired by and look up to TV heroes to such an extent that his only aspiration from then on was to become a source of comfort and hope for others who may be in the same situation he once was in.

This leads us to Touma now, where he shows great consideration towards Riku when learning of his past concerning his parents’ divorce and experience of being bullied in school. He ultimately puts saving Riku from the Idolasphere over attending his all-important audition, and this speaks volumes — Touma truly does become a hero through these selfless acts at the end of his side story.

Touma’s journey as a supporting character is well-developed and incredibly endearing. We see this “happy-go-lucky” character with a troubling past continuously improve himself to a great extent, both in combat and across his career to end up as an incredible and inspiring role-model.

He had a rough childhood, had to work tremendously hard to obtain the “hero” role for his career and somehow never lost his passion for it despite being cast as the “villain”, defying all the odds so that he can be viewed as a true hero to at least one person in the end.

His tale is understandably sidelined as a mere side story with awkward progression, but it is so well grounded in reality with so much heart, stakes and emotion in it that it makes his story one of the best plotlines in the entire game. And with a final battle that even draws parallels to the similar origins between Touma and the antagonist, his well deserved ending feels even more triumphant and powerful. 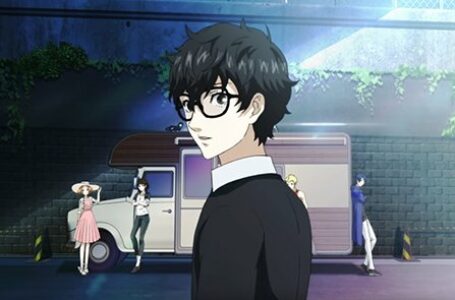 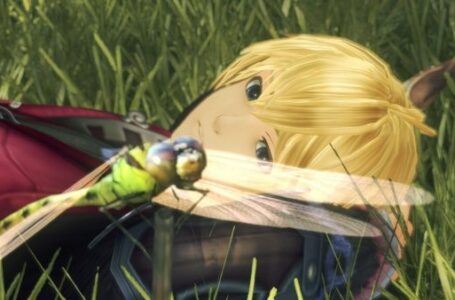