So, Resident Evil, then.

Here on Rice Digital, you know we like to do things a bit differently from other sites out there. We like to celebrate our respective passions, we understand that a great game is a great game not just for its week of release, but for all time — and we like to dig deep into things we find interesting and inspiring.

A recurrent problem with a lot of writing about games online these days is that it tends to be rushed out in order to meet embargoes — and while it’s good to be timely, that shouldn’t mean that depth of coverage is sacrificed. In fact, with many games often feeling rather “disposable” so far as popular opinion and the press is concerned, there’s a lot of value in returning to things that have been out for a while for a more in-depth look after the initial hype has died down.

It’s with this in mind — and with an awareness of the anticipation for the upcoming Resident Evil Village and the cool-looking classic survival horror title Tormented Souls — that today we’re kicking off the Resident Evil Retrospective, an ongoing, in-depth feature that will explore the series as it exists today, primarily through the most modern, up-to-date incarnations of its mainline titles.

Resident Evil is a long-running series, after all — the first game came out in 1996 — and thus it probably feels a little daunting for newcomers to get involved with. So where should you start? What are the particularly interesting things about each installment? Do you need to play all of them?

Plus, if nothing else, it gives your friendly local editor a good excuse to finally get up to date on a series he’s always enjoyed in the past, but hasn’t engaged with in any depth for a very long time!

Where did survival horror come from?

The exact definition of “survival horror” has varied somewhat over the years — particularly with the advent of Resident Evil 4 and its successors — but originally it was used to refer to games with a very distinct design philosophy about them.

Old-school survival horror games place the player in a distinctly vulnerable situation, often through a combination of a fairly fragile player character, seemingly underpowered weapons (at least initially) and strictly limited resources. They are less about action and more about, as the name suggests, survival; over time, this definition broadened somewhat to the “survival” side of things incorporating exploration, puzzle solving and the ultimate aim of escaping from a hostile environment — usually solving a mystery along the way.

One of the earliest games that can quite reasonably be described as a “survival horror” title is 1982’s Night Stalker for the Intellivision, also released under the name Dark Cavern for Atari 2600. In this game, you control a character known only as “the man” as he attempts to fight off a relentless horde of robots, spiders and bats.

There’s no way to win Night Stalker as you’re constantly trapped in a maze with no exit; all you have to do is survive as long as possible and score as many points as you can. The difference between Night Stalker and its contemporaries with a similar concept — Stern’s Berzerk is a good example — is that in Night Stalker, “the man” moves deliberately slowly and sluggishly, and he can’t just fire willy-nilly; before you can even fire a single shot, you need to grab a gun somewhere in the maze, and even then you only have a limited number of bullets before needing to seek another.

Night Stalker is simple but tense and atmospheric. Allow yourself to engage with it and you’ll discover a game in which the knowledge you can never win ceases to matter after a while; you just want to survive for as long as you can, just to prove quite how long you can last against overwhelming odds. And that, in essence, is what survival horror continues to be about: tiny, fragile, pathetic human against increasingly ridiculous circumstances in which they are very likely to die, but have at least a small chance of survival if they keep their wits about them.

Incidentally, if you’re curious about Night Stalker, you can actually easily enjoy it in a few ways today: firstly, the Atari 2600 port Dark Cavern is available as part of the Atari Flashback Classics collection available for PlayStation 4, Xbox One, Nintendo Switch and PlayStation Vita; meanwhile, the original Intellivision version is part of the upcoming Intellivision Collection 1 cartridge for the Evercade retro gaming platform — find out more about the latter here.

Terror is a fixed camera

For most people, the genre that we know today as “survival horror” was well and truly established with 1992’s Alone in the Dark, an MS-DOS PC game from French developer Infogrames. This is also where I first encountered this type of game as a wee lad.

Alone in the Dark brought us most of the conventions early-era Resident Evil veterans will be familiar with: fixed camera angles, limited inventory space, weapons with not enough ammo, a protagonist who was not very good at fighting, convoluted puzzles and an atmosphere that was as much about a sense of horror lurking just around the corner than actually fighting for your life.

Alone in the Dark was a game where it was unnerving to step into a new room for the first time, because you could never be sure that there wouldn’t be something horrifying in it. And in Alone in the Dark, it was only rarely zombies you had to deal with, too; by far the most terrifying foes in that game were the incorporeal but nonetheless deadly ghosts that would relentlessly pursue you, accompanied by a deep, bassy rumbling sound right out of one’s nightmares. Having to sneak around a room of them dancing to a MIDI rendition of Camille Saint-Saëns’ Danse Macabre remains one of the most unsettling gaming experiences of all time.

The crucial thing about Alone in the Dark, though, was that it wasn’t all action, all the time. There was a lot of slowly and carefully walking around corridors and rooms looking for items; there was a lot of trying every item in your inventory on anything that looked remotely suspicious; there was a lot of wondering if the sudden absence of any sort of background noise or music was something you should be worrying about; there was a lot of being extremely uneasy any time there was an unusual camera angle, such as looking in on the room you were exploring from outside the window.

The most action-packed the game gets is a time-limited sequence in the finale where you burn down the cursed mansion you’ve been exploring, and must escape before the flames consume you.

Oh, and you can at least partly blame Alone in the Dark for the “tank controls” early Resident Evil games were lumbered with, too; as an early example of a game unfolding in a three-dimensional environment with multiple camera angles the developers were still figuring out the best way to control characters in 3D space.

Analogue joysticks existed, but weren’t owned by every PC gamer; consequently, the game had to be playable using a digital input method: the keyboard. It wasn’t the first to use this type of controls by any means — early isometric 3D games on platforms such as the ZX Spectrum also used “turn and move” tank controls — but it did demonstrate how they could be used in full polygonal 3D as well as in simple, cube-based environments.

Now, armed with a solid definition of what survival horror really means as of the mid- to late ’90s, we can start exploring the Resident Evil series proper.

So how are we going to do this?

Resident Evil is an unusual series in that several of its installments have had at least one remake over the years. And those remakes are often quite substantially different rather than being a straight upscale of the older versions.

For simplicity’s sake, we’re going to focus on the most readily available versions of each installment at the time of writing — that means we’ll be looking at the Origins Collection release for Zero and Resident Evil Remake; the newest Resident Evil 2 and 3 releases; the HD remaster of Resident Evil 4; and the most recent console releases of Resident Evil 5, 6 and the two Revelations titles. Code Veronica, a game that slots in after Resident Evil 2, is one of the few titles in the series that hasn’t had a modern rerelease or remake so… we’ll deal with that one when we get to it, along with the numerous spinoff titles.

We hope you enjoy this in-depth, deep dive into a specific series, which we’re calling “Rice Digs Deep”. If it all goes well, you can expect more of these to enjoy in the future, too — that complete set of Yakuza games has been staring at me from my shelf for quite a while now… 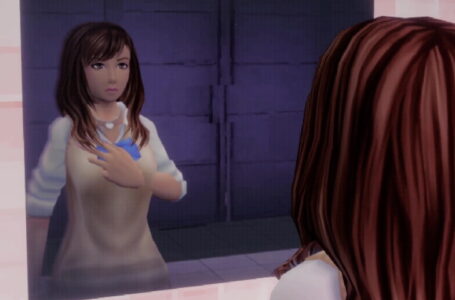