I was fortunate enough to attend the Kingdom Hearts Orchestra -World Tour- performance that took place in London last Saturday and it was as magical as I’d expected it would be. Beautiful music, Yoko Shimomura, a pleasant atmosphere and an unforgettable performance make for an event I’d happily attend again.

An official CD release came out not too long ago featuring the concerts arrangements of these songs, but I opted not to listen to them so that it could be the freshest possible experience. I’ve played through pretty much all of the Kingdom Hearts games but I’m not as familiar with the music as much as I could be, but this concert has had me returning to its music throughout the week — Kingdom Hearts really does boast a wonderful soundtrack which is only amplified by the talented Royal Philharmonic Concert Orchestra, and in watching Yoko Shimomura perform herself. Beginning with the series’ most well-known theme, Hikari, being performed alongside the opening animation to Dream Drop Distance on the big screen, I quickly found myself becoming overwhelmed with glorious goosebumps raising over my body. What follows is a memorable theme from Kingdom Hearts II, Dearly Beloved, which had a video created specially for the world tour. The video is live-action with Kairi’s lines being played over it, and it was a pleasant watch and something that is hopefully shared by Square Enix publicly once the orchestra has finished its tour.

Chances are if you’re going then you’re a devoted Kingdom Hearts fan which is perfect as we’re taken through all of the games and its lore-filled story. Spoilers galore are on the big screen where it’s like a ‘best of’ Kingdom Hearts moments, and I found myself torn between watching the screen and watching the musicians. Kingdom Hearts may get a little convoluted at times but it’s always told an incredibly human story brimming with love, friendship, hope, and banishing darkness. Seeing all of this unfold on the big screen with a live orchestra playing was nothing less than awe-inspiring, and I know I’d love to watch it again if they decide to tour in the future! A moment that I’ll always cherish.

It’s impossible to not appreciate the immense talent that the members of the Royal Philharmonic Concert Orchestra have, and watching them perform without making any mistakes is absolutely mesmerising. Nostalgia and infectious cheer had me smiling and ecstatic all night, absorbing what’s definitely been a moment that I’ll always cherish. Yoko Shimomura was thankful to have the chance to have her music performed in front of thousands of people around the world, as well as the chance to perform a little herself — I’ll tell you what, it was a real treat!

I’d like to thank Square Enix, Yoko Shimamura, the Royal Philharmonic Concert Orchestra and Wild Faery for providing us with the tickets to attend, and it was a magical night with one of my favourite series’. The world tour is being held to celebrate the series’ 15th anniversary and this is only the start of it — with more performances yet to come, the recent release of Kingdom Hearts 1.5, 2.5 and 2.8 on PS4 and Kingdom Hearts III on the horizon, Kingdom Hearts has plenty more to give. Westminster’s Central Hall was packed with fans and I hope one day to see that very same hall packed once more, or maybe even Royal Albert Hall! If you ever get the chance then you should definitely attend as it’s a phenomenal experience. 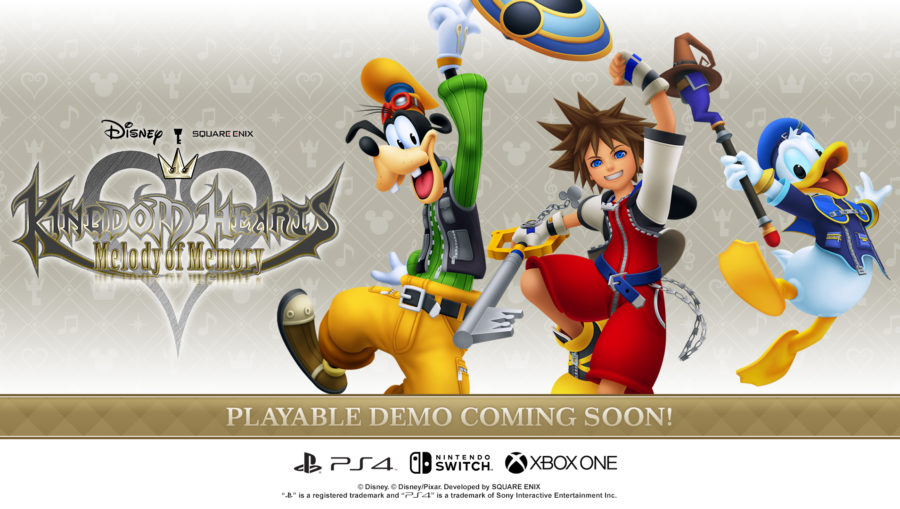