When people think of superheroes, the obvious choices probably spring to mind: Superman, Batman, Spider-Man, Donkey Kong etc. But I can say, quite sincerely, that Koro-sensei of Assassination Classroom is my favourite superhero. And not just that, he’s one of my all-time favourite fictional characters too.

If you can spare a minute, please read on to hear me sing his praises. There will be major spoilers!

First let me explain why he qualifies as a “superhero.” This is easy really. He has various super powers (super speed, flight, super strength) and he wears a pretty distinctive outfit most of the time. His name, Koro-sensei, is not his real name and is just used to hide his true identity (which he is very secretive about.) He has a very clear weakness (anti-tentacle pellets). He spends a great deal of the time fighting evil to protect and educate children. He even chose a symbol to represent himself — Batman has the bat, Spider-Man has the spider and Koro-sensei has the smiley face. Sounds like a superhero to me.

So now that we’ve established that he’s a super hero, let’s talk about what else is great about him. Other superheroes have encountered evil imposters who defame them for whatever reasons and they then fight to restore honour to their name. Koro-sensei, meanwhile, actually goes out of the way to falsely defame himself all in the name of the greater good.

He’s happy for people to believe he is an evil being who wants to destroy the world, just because he knows he needs to be killed and he thinks that that will make it easier for them. Such little regard for his own reputation is, frankly, inspiring. It doesn’t matter what people think of you, so long as your heart is pure – that’s the message of Assassination Classroom and one we all need to be reminded of sometimes.

And the thing is, while Koro-sensei does make himself seem evil because he wants to make it easier for the kids to kill him (and save the earth), he has done some deplorable things in the past. Before being transformed into a smiling octopus, Koro-sensei was the feared assassin known only as “The Reaper.” A dark, menacing figure.

But isn’t it inspiring to see how much he changes? As Koro-sensei, he hates violence and he’s a kind-hearted, loveable character who always makes people laugh. Seeing how he transforms from a cold-blooded killer to such a warm, friendly and inspirational person is amazing. No matter how low you may sink, you always have the capacity to change.

When you look at other superheroes, you see that they’re not only superhuman, but also not human in many other ways. They struggle to form proper human relationships and are often lone wolves. Not Koro-sensei. He wants to form close, friendly bonds with everyone he encounters.

And why? Because it’s by doing this that he can really help people. Sure, a super hero can swoop into a dangerous situation and save somebody’s like (and Koro-sensei does do this several times) but who else actually takes the time to get to know people, identify their strengths and weaknesses and then help them to improve?

Superheroes tend to be portrayed in one of two ways. They will either be very serious characters who are very dark and brooding, or they’ll be somewhat goofy and comedic. Koro-sensei is the perfect blend of the two. Yes, he dresses up in silly costumes, makes silly jokes, and intentionally acts the fool a lot of the time, but he is a very serious man.

He cares deeply about the well being and future of the people he encounters. Though he may appear to lose his mind with excitement when he sees a delicious cake, he’s not quite so simple minded. Even when acting silly, his mind is on serious matters. He entertains people with silly behaviour, then comforts them with mature, considered words.

Even the way he handles the subject of his own death is inspiring. When things are getting intense and he knows he’s going to die soon, what does he do? He writes out huge booklets for each of his students so that he can guide them through the rest of their lives. Death is a fact of life and while we all may worry about it sometimes, it’s important to remember that we survive through our impact on others. The way Koro-sensei accepts and approaches his own death should inspire us and make us realise there is nothing to fear.

And it’s for all these reasons that Koro-sensei is my favourite superhero. In many ways, he is the perfect hero, even though he is a very flawed person. Koro-sensei knows very well that he has made bad mistakes in the past, but he does his best to rectify them. He finds out that he’s going to explode and destroy the earth in a year’s time – instead of just killing himself to stop it, he used his time to educate under-achieving children and change their lives for the better.

And he has a great time during that last year –  he doesn’t let concerns for the future get him down. He reminds us all that we can and do have a positive impact on the people in our lives and encourages us to do more to help others. His death is the saddest thing I have ever seen in all the fiction I have consumed over the years.

Now listen to this song and remember him with a tear in your eye. 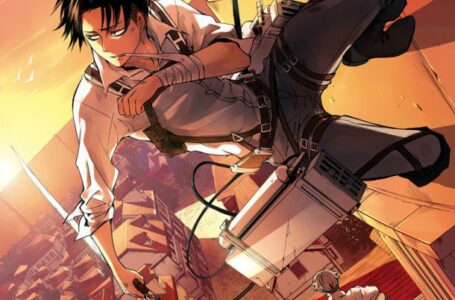 6 Great Manga Spin-Offs You Should Read 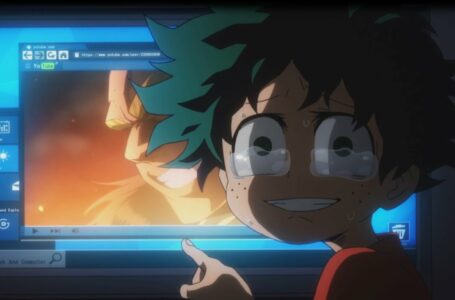 What Makes a Good Superhero Anime in...