Nippon Ichi Software is a company who, while best known for their “big” titles like the Disgaea series, are constantly putting out a ranger of smaller-scale titles that don’t get a lot of buzz around them.

And what’s particularly interesting is that these lesser-known games are often some of the most interesting and creative titles that the company puts out — be it rhythmic platformer Mad Rat Dead, bribery-based beat ’em up Penny Punching Princess or, indeed, the subject of this article, Lapis x Labyrinth.

Lapis x Labyrinth is a side-scrolling action RPG that takes heavy inspiration from arcade games — specifically shoot ’em ups and pachinko machines. It is one of the best games Nippon Ichi Software has ever put out, and, outside of a few people going “hey, this is good fun” around the time of its original release, the world seems to have forgotten about it.

We hate to see a great game go overlooked and underappreciated here at Rice Digital, so it’s time for us to do our part and tell you all about why this game is such a pleasure to play — and why it should be part of your collection.

Let’s start with that concept I described above. I’m not exaggerating; Lapis x Labyrinth really does take heavy inspiration from both shoot ’em ups and pachinko. And I’m not talking in a “gambling” sense in the latter case; I’m talking in terms of the inherently satisfying nature of being showered with goodies after a big win — an aspect of gaming that it has in common with a lot of modern shoot ’em ups, as it happens.

In Lapis x Labyrinth, in which the narrative is almost entirely non-existent as a deliberate means of getting you into the satisfying action as quickly as possible, you take on the role of a party of adventurers exploring a labyrinth beneath a town. Adventuring has fallen out of fashion and the town is struggling, but with the enormous piles of loot you bring back from the labyrinth, that could all be about to change.

Each “quest” you attempt in Lapis x Labyrinth is actually a dungeon run of two or more levels. Each level presents a combination of platforming, exploration and combat that requires you to track down a certain number of purple diamonds and destroy them in order to open the exit. Along the way, you beat up on enemies and acquire treasure, but you only have five minutes to clear each floor — exceed this an an invulnerable ghost-like enemy will begin pursuing you, causing instant quest failure if it catches you.

As you collect loot from treasure chests, breaking blocks and defeating enemies, you’ll add to three important meters. Firstly is your “treasure point” meter, which is simply your score for that current run. Secondly is the “treasure combo” meter, which is the number of pieces of loot you’ve acquired without getting hit by an enemy — the higher this climbs, the higher the multiplication factor on the treasure points you get when you hoover up shiny things.

Thirdly, and perhaps most importantly, is the circular Fever meter. When this fills up, all hell breaks loose. The dungeon’s backdrop is replaced with fireworks, your whole interface starts flashing like a jackpot-spewing pachinko machine and the music turns inordinately cheerful and energetic. During this time, everything you hit spews out massive quantities of coloured gems, which not only rapidly add to your treasure points and combos, they also reward you with “Fever Gifts”, which can be include full heals, bonus items, buffs to stats and all manner of other things.

Best of all, you’re completely invincible while in Fever mode, so you can absolutely go ham on the level — including powerful boss enemies as appropriate — and enjoy the short-lived sensation of being absolutely showered with goodies. There’s no downside whatsoever — aside from the fact it can make you a bit overly confident. Remember, once Fever expires, all it takes is a single nick from an enemy to drop your treasure combo back to zero — absolutely heartbreaking if you’ve raised it into the thousands.

A lot of Lapis x Labyrinth’s long-term variety and interest comes from its characters. During a quest, you control one character while the other three party members stack up on their head. Your active “leader” character has access to a five-hit combo, upwards and downwards attacks, and three class-specific skills. Meanwhile, the stacked characters, who are considered to be in a “support” role, can make use of a special skill to help out, or, upon charging an “EX” meter, can simultaneously unleash their most powerful, unique skills at the same time.

The nice thing is that each character class has a very different use — even the EX attacks are much more interesting than simple screen-clearing “bombs”. For example, the Bishop’s EX skill heals the whole party while the Shielder summons a circular area that confers temporary invincibility — but even the offensive skills have some variety. The Necromancer does have a screen-clearing “Soul Bomb”, but the Witch launches a powerful fireball in the direction she’s facing.

An even better thing is that you’re not locked into any one party formation. You can rearrange your party at any point, along with respeccing characters in various ways as the game progresses. There’s a highly customisable equipment system and a massive amount of depth to the game as a whole — but pleasingly, it doesn’t overwhelm you with all this immediately. Instead, it gradually introduces one progression element at a time as you clear the game’s main scenario challenges, so that by the time you reach the substantial endgame you have all the tools you need to create the most effective treasure-hunting party that ever raided a dungeon.

Lapis x Labyrinth is a game that takes great joy in the fact that it is a video game. It wants to be loved, it wants to be enjoyed, and it wants you to have a lovely time. That’s not to say it doesn’t put up a stiff challenge at times — maintaining that treasure combo can be seriously tricky in the later stages! — but rather that it simply wants you to have fun while you’re taking on everything it has to offer.

And while I love a game that keeps me engaged with a good story, games with consistently satisfying and rewarding mechanics will keep me coming back time and time again, long after I’ve “beaten” them. Lapis x Labyrinth still gets regular time in my Switch — and if you’ve never had the pleasure, I can strongly recommend giving it a go for yourself. You won’t regret the experience.

Lapis x Labyrinth is out now for Nintendo Switch and PlayStation 4. Physical limited editions are still available (in limited quantities, obviously) from Amazon. 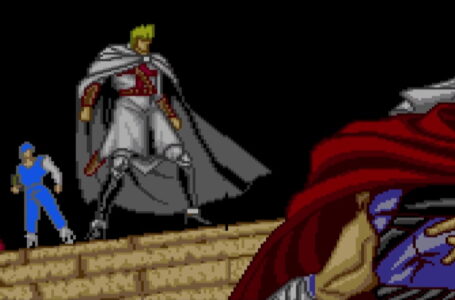