League of Legends — a game that I, as a Dota player, was conditioned to despise, recently released a 9 episode long original Netflix series called Arcane.

Despite being a member of the elitist Dota clan, I had a secret love affair with League of Legends when my Dota-playing friends weren’t watching. It all started with that first KDA music video, and I can wholeheartedly say that I had never been so suckered into a marketing strategy like that before.

From there, I would dip in and out of the game whenever something would pique my interest. So, when Arcane, the Netflix series, was released and we got access to the first three episodes, of course, I immediately got cosy and started watching.

I was completely blown away, so let’s talk about it.

League of Legends is a massive game that has a roster of over 150 characters at this point, and each one of them has their own backstory and lore. The series focuses on a handful of characters from the game: specifically, Jinx, Vi, Jayce, Caitlyn, Viktor, Heimerdinger, Ekko, and Singed. Other champions from the game are shown briefly or alluded to, but they aren’t the characters that we follow for the show’s runtime.

Although each of the characters mentioned have their time in the spotlight, there are two storylines that take more screen time than the others and end up feeling more important as a result: the narratives of Jinx and Vi. These two are the first characters we see when the series starts, and pretty much the last ones we see as the first season comes to its conclusion in episode 9.

The pair of them are two found-family sisters who survived through a war taking place in the city of Piltover, a place where the privileged reside in the sparkling city above, while the downtrodden dwell in the undercity below. They grow up with dreams of wanting to fight back and rebel against the oppressive enforcers of Piltover so that they can gain equality for the people of the Undercity.

I shouldn’t divulge more from here, as you owe it to yourself to watch the story of this series play out. Each action sets up something bigger until it gets too much and all the dominoes begin to fall resulting in all hell breaking loose.

So let’s talk about some of the characters that were the most interesting to me throughout the series and why I liked them — or why I didn’t like them.

Jinx is first, and I will start off by saying that she was one of the characters I used to play when I dabbled in League of Legends, so I was already familiar with her personality. However, I never looked deeper than the game, so seeing her origin and exactly how she came to be “Jinx” was really interesting — it had me at the edge of my seat and was one of the biggest factors in my marathoning the season so hard.

Her story is a tragic mix of feeling helpless, not being strong enough, and actions that result in a catastrophe that leaves the viewer both speechless and heartbroken in numerous ways — she is an incredibly interesting character.

Vi is next, and she certainly has a familiar feeling when it comes to a character archetype in this kind of series. She is the leader of the group when they’re growing up, and she is also the character who holds the aspirations and dreams of wanting to rebel against Piltover the strongest — the classic underdog protagonist. Vi and Jinx reflect on each other in ways, as it’s not only Jinx’s mistakes that create the person she becomes, it is also Vi’s mistakes and her inability to act that play a part in Jinx tipping right over the edge.

Jayce is another character we get very familiar with through the series, and his story focuses on the technological advancements in the city of Piltover. His story has a more political focus, but it’s all relating to interesting topics regarding a new breakthrough he and his partner Viktor had: the ability to create magic through science.

Finally, we come to the reason why so many people are raving about this series — its incredible art style and animation. If I had to describe the style in simple terms, it would be something like “painting in motion”. I don’t mean that in some pretentious “oh, it’s so beautiful” sort of way, but rather that the characters and overall style of the series literally look like they’ve been painted.

The series has been created by Fortiche, an animation studio from France that specializes in mixing both 2D and 3D animation — and this blend creates the signature style that is evident through Arcane. It’s not just a mastery of mixing the two animation styles though, it’s the way in which Fortiche has managed to bring out all of the beauty that this technique has to offer.

The unbelievable backgrounds and locations; the incredibly unique and diverse character designs; and the fight scenes — good God, the fight scenes. League of Legends is known for its champions and their abilities, and the way that these are brought to life in Arcane is incredible.

Even if you know absolutely nothing about League of Legends, you should definitely give this series a watch — I promise you it’s worth your time. 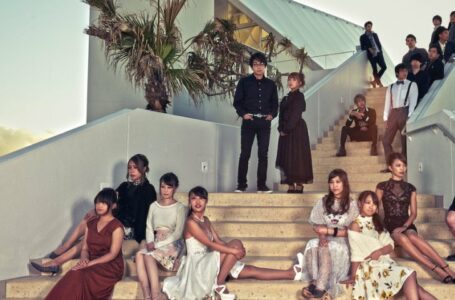 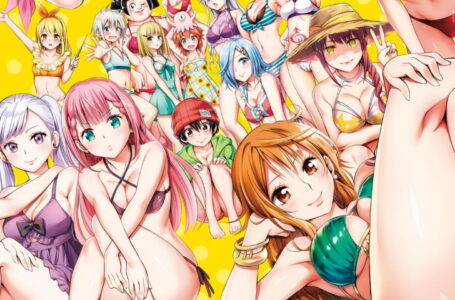