With the end of the dreadful year of 2020 finally wrapped up, I’m taking a look back on the very best video games that were released this last year that managed to brighten it up. As these are my personal picks on what I enjoyed and completed be sure to share your own picks in the comments below!

Sakura Wars had a welcome return this year with the soft reboot of the series coming out Worldwide as the beloved SEGA series has only ever released two out of its seven entries to the west. With Sakura Wars: So Long My Love being released back in 2005, its sixth mainline entry released in 2019 in Asia, and 2020 for the rest of the world. The very exciting release had a lot of steam behind it, with Shounen Jump’s very own Bleach artist Tite Kubo designing its main cast, and splendid cutscenes animated by the studio Sanzigen, who also animated the CGI scenes in Fire Emblem: Three Houses. With an appealing mix of RPG, dating sim and visual novel mechanics, Sakura Wars was always a video game series right up my alley, and I am thrilled with what we ended up with.

While the title does admittedly fall flat in its action where combat is often not at all challenging, its highlights are in its presentation and characters. From its addictive card mini-game (Koi-Koi wars), to the anime-esque “next episode” previews after each chapter finishes as well as its flashy dual and special attacks, and a plethora of animated scenes that really brings the characters to life, the presentation of Sakura Wars is gorgeous and wonderfully done. On the topic of its characters, its leading ladies are all captivating and compelling in their own ways, making it a hard choice in settling for just one as your lover when it’s decision time. With each chapter capturing how interesting and layered its lovely ladies are, it makes the title an easy one to experience multiple times in order to see all its endings with each love interest. And if you must know, Anastasia is my waifu of choice in this one.

Exclusive to PS4. Check out our review!

When it comes to the choices the otome genre had to offer us in this year, it left us with plenty to keep us distracted with. From Collar x Malice’s fandisc of Unlimited and serious, crime filled Piofiore: Fated Memories, to indie gems such as Our Life Beginnings & Always, the offerings available to us 2D boyfriend fanatics left 2020 feeling just a bit less grim overall. But if we were to pick our favourite one, Café Enchanté easily beats out all the competition with its very appealing and attractive love interests (I mean not just surface level, unlike Piofiore’s!), impressive heroine, a cosy cafe setting, and an out of this world story.

While playing through each route and reaching over 120+ hours to fully experience, my one and only complaint is how short each character route is. With a very lengthy common route that involves seeing the origins of each love interest by visiting their home worlds or experiencing each boy’s very unique and individual quirks (Il’s interest in playing otome games of course being a highlight), Café Enchanté’s initially wholesome and sweet Isekai world-building begins to unravel with a surprising amount of tension and plot heavy goodness by the fourth route. While it’s most definitely a certainty that no fandisc will ever be localised due to the sales of the title being too measly even in Japan, it makes cherishing the title all the more necessary. I expect I’ll revisit the title again just to experience Kaoru’s route once more.

Exclusive to Switch. Read my full thoughts on it here!

Couch co-op video games have had a good year. From the remakes of Resident Evil 3 and Streets of Rage 4, to the highly anticipated drop of Moving Out by the same developers of Overcooked, to the sudden cross-platform appearance of Among Us from PC to Switch, and even the shortly lived hype for Fall Guys, there has been something readily available for any number of people looking for a title to play together no matter the system. What came out of nowhere that deserves more attention for not just its co-op play is a lovely little title known as No Straight Roads, or NSR for short, available across many platforms!

NSR is a rhythm game through and through, with thrilling, fast paced boss fights, and a colorful and entertaining cast of characters with a lot of humour spilling from their mouths in each scene. While it is a shame we did not receive a more fleshed out story, its appealing world with different city districts designed after each boss’ music genre, and challenging stages no matter the difficulty were a treat to experience, from the K-pop inspired boyband of 1010 to the unexpectedly tough stage of the child pianist prodigy, Yinu. NSR provides an awesome time to play alongside a fellow gamer, and with plenty of amazing songs and tracks to discover.

Available on PS4, Switch, Xbox One, and Epic Games Store. Read my full thoughts on it here!

Brigandine: The Legend of Runersia

Brigandine: The Legend of Runersia was a lovely surprise this year. As the sequel of an almost forgotten IP back on the PS1 that never reached PAL regions, we finally got a taste of what makes a Brigandine title whilst being modernised for the Switch. Brigandine: The Legend of Runersia is a challenging SRPG, where time management and paying attention to the very involved world map is key to victory. It features an impressively big roster to feel connected to and discover new bonds and opposing ideologies that expands its world and impact of events through each unique nation play through. Its appealing battle system is full of endless possibilities with class changes aplenty, be it monsters or commanders.

And while it welcomes those new to the IP with its own story set in a different land compared to its predecessor, it also offers completionist goals with unlocking its many units and witnessing all introductions, as well as difficulty options for those most skilled in the RPG field such as year limits on conquering the land. With its grand story concerning a waging war between 6 nations, the game will keep you transfixed with its different viewpoints in multiple play throughs to rack up well over 300+ hours in if you’re in it for the long run. It’s faithful to its predecessor, as well as a must play for anyone partial to an RPG looking for an engrossing story well worth your investment and time.

Available on Switch and PS4. Read my full thoughts on it here!

YOU and ME and HER: A Love Story

YOU and ME and HER: A Love Story has been on my radar since its release back in 2013, so the eventual localisation of this in 2020 was a thankful and blissful release for me. A title from one of the most prolific companies within the visual novel scene known as Nitroplus, you will remember me having complimented them before for creating the exquisitely dark and disturbing romantic horror of Song of Saya. The company continues to impress with their infamous titles what with an unforgettable story with plenty of turns and as an unconventional visual novel that paved the way for hits such as Everlasting Summer and Doki Doki Literature Club.

The unpredictability and unique spin on the visual novel formula makes YOU and ME and HER: A Love Story into something bigger and greater than the mere love story its title will have you believe. And considering what I continuously compare it to, it should and must be played blind, so avoid all spoilers and dive into this distinctive experience right now! You will not be disappointed. Better yet, by supporting the title on Steam, we may very well have a brighter future I will be thankful for with even more possible localisations of Nitroplus’ works. Full Metal Daemon: Muramasa, anyone?

Latest posts by Lilia Hellal (see all)
Spread the love!
Tags: Brigandine: The Legend of Runersia Cafe Enchante No Straight Roads Sakura Wars you and me and her 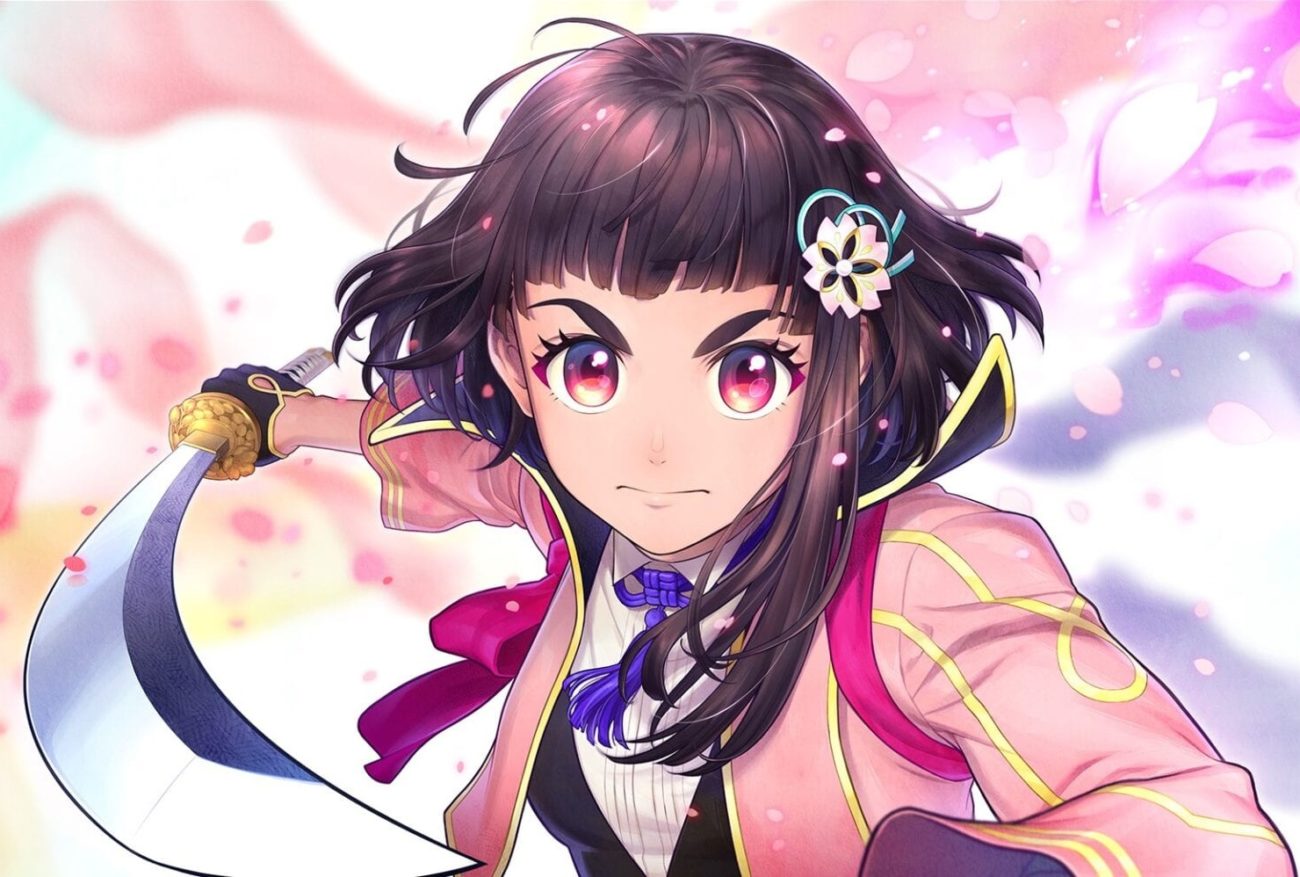 Sakura Revolution shutting down after less than... 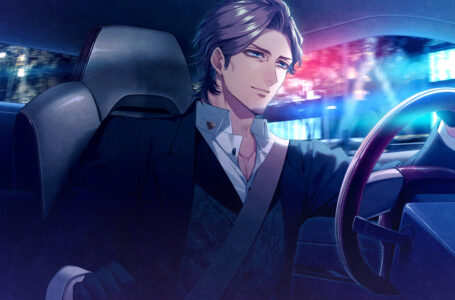