Anime Expo is the time of year when fans of more niche-interest popular entertainment from Japan get to eat very well indeed, because it tends to be when visual novels and adjacent, related media from adults-only labels like JAST and MangaGamer are announced for localisation.

MangaGamer’s panel at Anime Expo only revealed two new projects on the horizon besides the things the company is already working on, but both of them are solid additions to the company’s lineup. So let’s take a closer look at them both!

It’s been a while since we had a truly unpronounceable video game name — my longstanding favourite is the delightful hack-and-slash Croixleur — but Lkyt. is ready to provide on that front. Joking aside, Lkyt. is a boys’ love title from parade, sister brand of the notorious CLOCKUP and the company that previously brought us NO, THANK YOU!!! and Room No. 9, both of which have been previously localised by MangaGamer.

Lkyt. is an apocalyptic tale about the Dark Reign rising up to destroy humanity. They do this every thousand years, but every time the members of the Shoreline Nation drive them back, using the magic within themselves and their bonds with one another as their source of power.

Our hero is Tasuku, who is training to be part of the next generation of world-defending warriors — but it seems that the Dark Reign is showing up a bit early this time around, and the Shoreline Nation is woefully unprepared.

The game is, as you might expect, a rather bleak affair — as BL titles often tend to be — but with solid production values, striking visuals and a haunting soundtrack, this is definitely one to watch. Just don’t count on there being a happy ending, because, y’know, apocalypse and all. Plus a BL VN combined with an apocalyptic setting just sounds like a recipe for some real misery, doesn’t it?

Lkyt. is obviously quite a departure from the comedy drama of NO, THANK YOU!!! and the mystery of Room No. 9 — but given sister brand CLOCKUP is best known for the spectacularly unsettling euphoria and Maggot Baits, I think we can safely say we’re in for a fairly wild ride with this one.

It’s rapidly looking like we’ll eventually see pretty much the entire Rance series localised through MangaGamer — which is great news, particularly considering maybe a decade or so ago most fans of Japanese popular media assumed that this would forever be a no-go area in terms of an official English release.

Having previously released the remakes of the first two Rance games along with reboot Rance 5D, the excellent Rance VI: Collapse of Zeth, strategic RPG Sengoku Rance and dungeon-crawling Rance Quest Magnum, MangaGamer is now bringing us Rance 03, a remake of the third Rance game.

If all this sounds a bit complicated, don’t worry about it too much; all you really need to know is that the first few Rance games were originally made in the late ’80s for Japanese home computers such as the PC-88 and PC-98 series, Sharp X68000, FM Towns and the like, and can be spotted by the Roman numerals in their titles.

The more recent Windows PC remakes, meanwhile — which, oddly, began with the second installment in 2009 before returning to the first in 2013 — can be spotted by the “0[number]” naming convention, so we have Rance 01, 02 and 03 instead of Rance, Rance II and Rance III. Besides making the earlier games more accessible to a modern audience, they also retroactively tweaked the stories to make them better fit in with the “post-reboot” Rance universe that was established with Rance 5D and solidified with the titles thereafter.

If you’ve never delved into the Rance series before, try and put aside any preconceptions you might have and consider exploring it, because it really is one of the most extraordinarily well-crafted fantasy settings in video gaming — and MangaGamer bringing it west was an extremely welcome sight.

While the games all stand as self-contained stories, meaning you can jump into the series at any point — hence MangaGamer’s first localised titles in the series being the fifth and sixth installments — there’s an incredible sense of coherent worldbuilding across the series as a whole, with extensive background lore that extends far beyond the adventures you actively participate in.

Rance 03, subtitled The Fall of Leazas, tells the story of the titular kingdom under siege from the forces of Helman and their allies, the fiends. Desperate to turn the tide, the princess Lia sends her trusted servant Kanami to seek out Rance, the only one who can sort this situation out once and for all. And if you’re calling for Rance when you’re in trouble, you know you’re desperate.

The original release of Rance III in 1991 was a noteworthy turning point for the series as it marked a massive increase in scope and ambition. Rather than being adventure games with role-playing game elements, Rance III was the first title in the series to really feel like a truly epic adventure through both its gameplay and narrative elements.

Rance III also marked the first appearance of a number of important characters to the series as a whole, including Rick Addison, Patton Helman and the Dark Sword Chaos; it also fleshed out the personality and backstory of Kanami, who had previously made small appearances in the earlier games, but hadn’t had a particularly huge role to play.

Rance 03 is the most recent of the Rance remakes to date, having released in Japan in 2015; indeed, aside from the 2018 series finale Rance X: Showdown, it is one of the most recent Rance games, full stop. It’s a complete reimagining of the original story to better fit with the canon established and solidified in the later installments, and it’s the first Rance title we’ll see here in the west that features voice acting.

If you were wondering, Rance IX and X are currently in the process of being translated, but with both being absolutely mammoth jobs it’s anyone’s guess when we’ll finally see those released by MangaGamer. Rance 03 should tide us over nicely in the meantime — and if you’re yet to play the previous Rance titles, what are you waiting for? 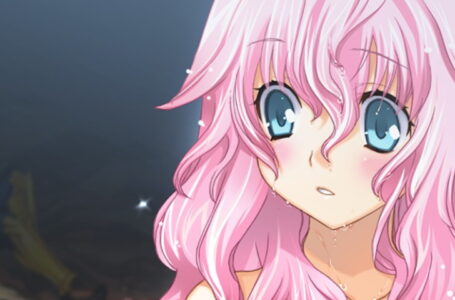 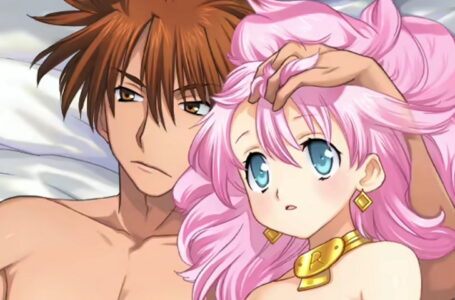 Looking at the role of sex in...